Israel Is the Eighth Largest Arms Exporter In the World

In 2018, Israel was the eighth largest arms exporter in the world, according to the annual arms transfer report released Monday by the Stockholm International Peace Research Institute (SIPRI), an institute dedicated to research into conflict, armaments, arms control, and disarmament.

Israel was the 7th largest exporter of weapons in the world between 2014 and 2017, According to SIPRI’s previous annual report, accounting for 3.1% of the global arms trade, up from 2.1% in the four years prior. The five largest suppliers—the U.S., Russia, France, Germany, and China—made up 75% of all arms exports. 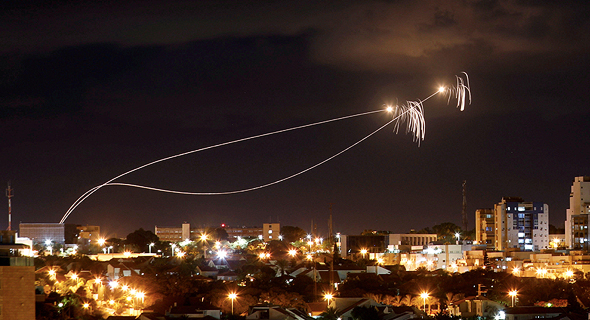 An Iron Dome system in action in southern Israel. Photo: Reuters
Over the past decade, Israeli arms exports increased by 60%, according to SIPRI’s report. In comparison, American arms exports increased by nearly 30%, and Russia saw a 17% decrease in its outgoing arms trade. The export of Israeli arms reached $9.2 billion in 2017, up 41.5% from 2016, according to data released by the Israeli ministry of defense in May. The striking increase was bolstered by $2 billion worth of missile system deals between state-owned Israel Aerospace Industries (IAI) and India. Three Israeli weapon manufacturers were among the 100 companies worldwide to make the most money by selling arms in 2017, according to SIPRI. Nasdaq-listed Elbit Systems Ltd. ranked 28th on the list, state-owned company Israel Aerospace Industries Ltd. (IAI) snagged the 41st spot, while Rafael Advanced Defense Systems Ltd. ranked 45th.

In recent years, the sales of Israeli-made weapons to regimes violating human rights has been criticized by a small group of Israeli lawmakers and activists.

According to an April report by the Congressional Research Service, a public policy research arm of the U.S. Congress, The U.S. pledged to provide $38 billion in military aid to Israel from 2019-2028. The Memorandum of Understanding also states that beginning in 2019, Israel must gradually shift all its aid money spending to U.S.-made weapons. 64% of Israeli arms imports between 2014 and 2018 came from the U.S., according to SIPRI.
Cancel Send
To all comments