“It is all about ego,” said former deputy governor of the Bank of Israel Zvi Eckstein, one of the report’s authors

Israel’s bureaucratic red tape is costing the state NIS 14 billion ($3.9 billion) a year, 1% of its gross domestic product (GDP), according to a new report published Monday. Written by Zvi Eckstein, former deputy governor of the Bank of Israel, and labor economics researcher Sergei Sumkin, the report states that Israel has failed to conform to OECD standards or act on recommendations of inter-ministerial teams set up for that purpose.

“It is all about ego,” Eckstein said Monday when presenting the research at a conference at The Interdisciplinary Center Herzliya, in central Israel. None of the bodies in charge of cutting red tape will collaborate, he said. 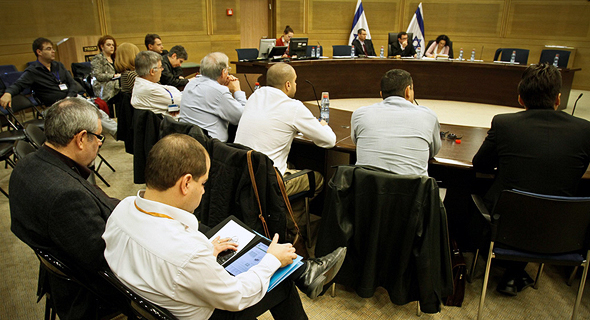 According to the report, Israel is in the mid-range of countries in terms of competitiveness, and for the last decade has been overall declining on the World Bank's ease of doing business index. In business-related areas where Israel has previously been ahead of other Western countries, Israel is losing its fore according to the report, as most first-world countries adopted the standard for monitoring bureaucratic burden in the beginning of the 2000s and set up mechanisms intended to reduce it. In areas where Israel was already behind the curve, the report shows, the gap has only widened.

While the OECD continuously recommends the establishment of an independent watchdog to monitor the compliance of the government ministries, the Prime Minister’s office has chosen to set up a dedicated unit within each ministry instead, fearing loss of independence, the authors said in the report.

Any supervisory capacity of the costs of bureaucracy requires lawmakers to reveal the costs legalization creates and justify its importance in the face of alternatives, said Sumkin. But no such supervision process currently takes place in Israel, and Israel’s parliament members progress legalization with no thoughts regarding their bureaucratic burden, weighing down the local business sector and the country’s economic growth, he added.
Cancel Send
To all comments