Tami Mazel Shachar Steps Down as Co-President of NSO

TAGS:
NSO co-president Tami Mazel Shachar is stepping down after three years at the Israeli surveillance company, NSO confirmed Sunday. Mazel Shachar joined NSO in 2016 as vice president of sales and was appointed co-president in January, according to her Linkedin profile.

NSO said Mazel Shachar made the decision to step down herself. Mazel Shachar was brought to NSO by Eran Gorev, an operating partner at Francisco Partners Management LLC, up until recently NSO’s majority stakeholder. The San Francisco-based private equity firm paid $130 million for 70% of NSO’s shares in 2014. In February, NSO co-founders Omri Lavie and Shalev Hulio bought back the company according to a valuation of nearly $1 billion. 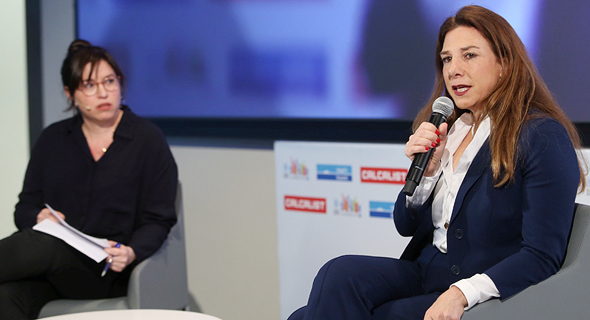 Calcalist's Hagar Ravet (left) and Tami Mazel Shachar. Photo: Orel Cohen
Founded in 2010, NSO develops spyware that can remotely hijack a smartphone, gaining access to calls, messages, and any other stored data. The Israeli firm has recently been in hot water due to the alleged use of its spyware to surveil journalists, politicians, and human rights activists. NSO has repeatedly stated in the past that it sells exclusively to governments and law enforcement agencies. Last month, Mazel Shachar spoke at Calcalist’s third annual Mind the Tech conference in New York. Tackling a question about NSO’s possible sale of its spyware to Saudi Arabia, where it was allegedly used to spy on dissidents—including murdered journalist Jamal Khashoggi—Mazel Shachar said NSO never discusses its clients. NSO’s spyware, Pegasus, is in very limited use, said Mazel Shachar. “It is not a tool for mass surveillance,” she said. “We are not an intelligence agency, but a tech company. We leave the tough decisions to the agencies.”
Cancel Send
To all comments