Israel-based venture capital fund Viola Growth, of the Viola Group, is raising a third fund. The fund has already closed commitments for most of its $280 million target, several people familiar with the matter told Calcalist on condition of anonymity. According to documents filed with the U.S Securities and Exchange Commission in April, the fund has already raised at least $40 million in commitments. 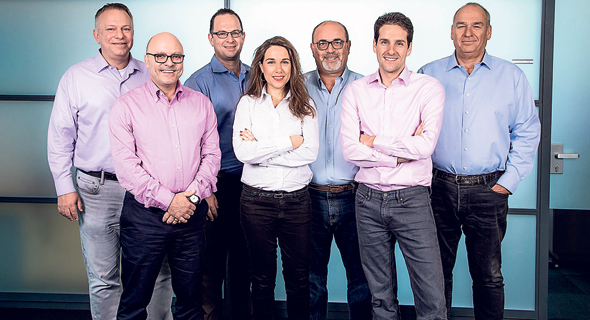 Viola Growth's team. Photo: Eric Sultan
The Viola Group, founded by Shlomo Dovrat and Avi Zeevi, has over $2.8 billion in assets under management. Viola Growth's team includes Harel Beit-On, Natalie Refuah, Sami Totah, Jonathan Kolber, and Ayal Shiran, as well as Eran Westman and Rafi Carmeli, who have joined in the past year.
Related stories:
Viola Growth believes the potential for the creation of large Israeli tech companies exists, and will continue to support them in the future, the fund told Calcalist in a statement.
Cancel Send
To all comments