Israel-based drugstore chain Super-Pharm, the local manufacturer and distributor of Coca-Cola products The Central Bottling Company Ltd., and Tel Aviv-based Union Tech Ventures have invested a combined sum of about NIS 36 million (approximately $10 million) in online supermarket startup Quik, one person familiar with the matter told Calcalist on condition of anonymity. Per the agreement signed over the weekend, each of the three companies will get a stake of about 22% in Quik.

Founded in 2017 as Bring Bring Solutions Ltd., Quik operates a digital store where customers can order groceries and have them delivered to their homes in up to four hours. The products are picked up from partner stores in the vicinity of the customer’s residence. The company employs about 35 people in its headquarters in Israeli central town Rishon LeZion, and several dozens more are employed as handling and distribution personnel in stores across the country. 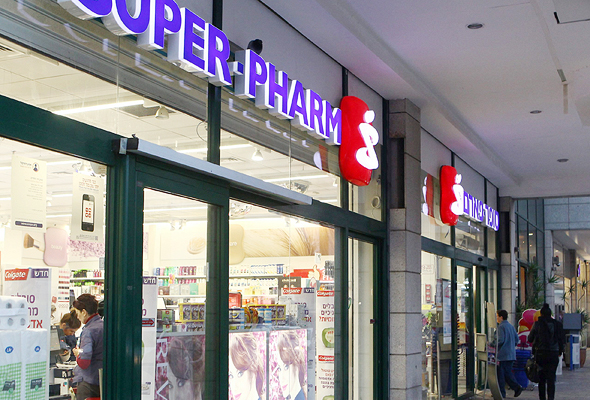 A Super-Pharm branch in Israel. Photo: Orel Cohen
Founded in 1978 by businessman Leon Koffler and headquartered in Herzliya, a town north of Tel Aviv, Super-Pharm operates hundreds of drugstores in Israel, Poland, and China. Super-Pharm first announced it was investing in Quik in October, but did not disclose the amount.
Related stories:
Union Tech is the investment arm of Israeli businessman George Horesh, the founder of Union Motors Ltd., the Israeli distributor of Toyota vehicles. In May, Horesh acquired a 33% stake in Super-Pharm for NIS 560 million (approximately $155 million). The investment was made at a $25 million post-money valuation for Quik.
Cancel Send
To all comments