Roni Flamer, who heads a nonprofit aimed at developing Israel’s northern and southern regions, believes the fierce competition over tech talent and the mounting costs of real estate in central Israel should act as incentives for companies to set up shop elsewhere

The Israeli tech ecosystem has an inherent market failure, according to Roni Flamer, co-founder and CEO of OR Movement, a Be’er Sheva-based nonprofit aimed at the development of Israel’s northern Galilee and southern Negev regions. Thousands of engineering, electronics, software, and science students graduate in Israel’s less central regions every year but companies tend to base themselves in the Tel Aviv area, Flamer said in a recent interview with Calcalist.

OR’s strategy is to encourage local and international companies to either move their operations in Israel to the Galilee and the Negev or at least set up additional centers there, Flamer said. The fierce competition over tech talent and the mounting costs of real estate in central Israel can act as incentives, he said. 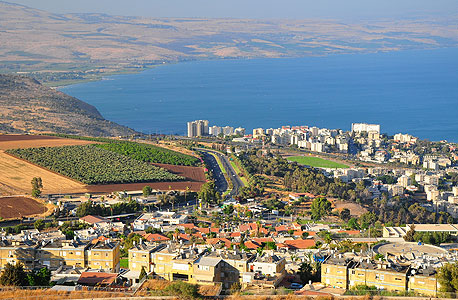 The Sea of Galilee in Israel's northern region. Photo: Shutterstock
Founded in 2002, OR works in collaboration with government agencies, including the Ministry for the Development of the Periphery, the Negev and the Galilee, to offer entrepreneurs who are willing to establish outposts in the relevant areas a NIS 150,000 (approximately $42,000) incentives package. These packages include an acceleration grant and assistance in raising additional funds and resources, building their business plan, and recruiting talent.

One company to recently set up shop in the Galilee is Tel Aviv-based automated marketing campaign management company Kenshoo Ltd., which employs 600 people overall. “Setting up an office in the northern region is meant, first and foremost, to help us reach top-notch workers with different backgrounds and expertise than their colleagues in the country’s center, with the explicit goal of enriching the company’s human capital,” Benny Bauer, a development manager at Kenshoo, said in a recent interview with Calcalist.

There is a catch here, Bauer said, employers don’t come to the northern region because they fear there won’t be enough potential employees there, and on the other hand, workers don’t go there because there aren’t enough quality workplaces in the area.

“The stigma is that the best workers can only be found in the center and that is not true at all,” Bauer said. “It is a bubble that we have to burst.”

“When it comes to the availability of talent, we are looking at a chicken and egg dilemma,” Ran Nakesh, CEO of military and police equipment company San Hitech Ltd., said. San is headquartered in Haifa, a port city in northern Israel. “Our region is where the good life is,” Nakash said. Nature, landscapes, better education, no road congestion, a family-friendly atmosphere, concerts, parties, and festivals, are just some of the advantages he names. “But people don’t come here because, presumably, there are no jobs,” he said, adding that he knows people who would not bat an eye at a move up north if they could find work. 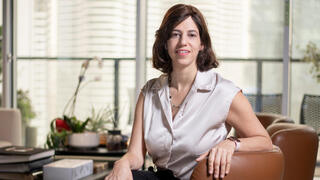