In its Battle Against Tax Evaders, Israel Tax Authority Sets its Sights on Payment Apps

Israeli Banks Leumi, Hapoalim, and Discount all offer mobile payment apps; some small businesses have been using them to perform transactions under the radar

The Tax Authority has the jurisdiction to demand the information, an authority spokesperson told Calcalist.

In its battle against tax evaders, the Israel Tax Authority has set its sights on mobile payment apps. The authority recently began looking into apps offered to private users by Israeli banks—Leumi’s Pepper Pay, Poalim’s Bit, and Discount’s Paybox—due to suspicions that small businesses are using them to hide earnings as private transactions. 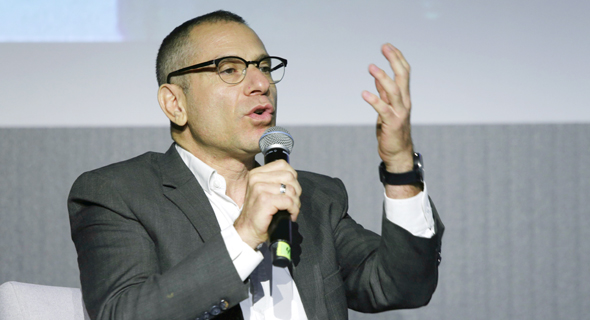 The move is the result of a surprise audit performed by the authority for a Haifa antique shop, which revealed transactions worth thousands of shekels performed via Bit that were not recorded in the shop’s books. For businesses looking to evade taxes, the new apps offer a comfortable, currently commission-free alternative to cash payments, but as they are operated by the banks, they are still subject to Israel’s anti-money laundering regulation.

Last month, the authority sent a letter, obtained by Calcalist, to Leumi, Poalim, and Discount. In the letter, the authority demanded that the banks provide by July 4 a list of clients that in 2018 received over 500 payments a year, or over 300 payments worth over NIS 50,000 (around $14,000). While payments via the apps are currently limited to NIS 50,000 a year, users—usually small businesses—who ask to raise that limit are often approved.

Now, the banks have been directed to provide the names, cellphone numbers, and ID numbers of heavy app users. The banks were also requested to submit the total amount of money these users have received in 2018 and the number of transactions, along with corresponding account numbers. Until last week, Israel’s banks were barred from offering their payment apps to businesses. On Tuesday, Amir Yaron, the governor of the Bank of Israel, published the framework that would allow the banks to do so, limiting transaction turnover for the first two and a half years to maintain the competitive edge of Israel’s newly created independent credit card companies. However, even before their foray into the business sector was greenlit, the banks clearly targeted small business owners. Over the past year, all three banks released ads that hinted at the possibility. An ad for Poalim’s Bit stated “no cash for the mover? Transfer money using Bit.” Discount and Leumi ran similar ads highlighting the ease of paying one’s esthetician or personal trainer. This demonstrates that the banks not only knew people were using their apps to pay businesses, they actively encouraged it. Following the publication of the framework last week, Calcalist approached all three banks to inquire whether they intend to extend the NIS 50,000 limit to small businesses. The banks replied that unlike with large businesses like retail chains, banks have no real ability to differentiate between private users and small businesses. But this differentiation is exactly what the authority is now expecting. While it initially seemed that payment apps would provide the authority with an easy way to monitor transactions, in reality, they have allowed many transactions to be carried out under the radar. This is because the currently available apps, though connected to supervised bank accounts, do not require users’ real names. Furthermore, the NIS 50,000 limit is per app installment, meaning users can use multiple devices to operate several accounts under more than one identity, all linking back to the same bank account. A single user can also operate all three apps simultaneously.
Related stories:
To obtain a correct picture of a business’ earnings, the authority will need to cross-reference all names and accounts connected to the same bank account and see whether all payments were reported. Users could also claim that some of the money was received from family or friends as private transactions. The tax authority will use every available legal method to receive information from business entities, in order to achieve fair, equal collection of taxes, an authority spokesperson told Calcalist. The demand for information is not a claim that someone is evading taxes, but rather intended for monitoring purposes, the spokesperson said.
Cancel Send
To all comments
Buzz