The company, which is currently in the process of merging with Tel Aviv-listed Micromedic Technologies, intends to use the funding to build a manufacturing facility for its products in Israel and to continue developing its pipeline

TAGS:
Israeli cannabis-based pharmaceutical company Nextage Cannabis Innovation Ltd. is raising up to $15 million from private Canadian entities at a company valuation of $50 million, according to one person familiar with the matter who spoke to Calcalist on condition of anonymity. The company, which is currently in the process of merging with Tel Aviv-listed Micromedic Technologies Ltd., intends to use the funding to build a manufacturing facility for its products in Israel and to continue developing its pipeline, the person said.

The company is working to raise funds as per the agreement with Micromedic, but the target sum is still undecided, Nextage founder and chair Orna Dreazen told Calcalist. The company is aiming to list in Canada or the U.S. as well, she added. 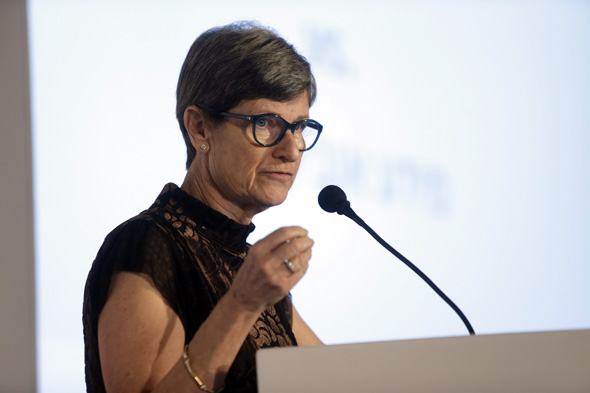 Orna Dreazen. Photo: Amit Sha'al
Nextage, founded in 2017, is a subsidiary of Israel-based pharmaceutical company Nextar Chempharma Solutions—of which Dreazen is the CEO and chair—and currently uses Nextar’s manufacturing facility for its own produces. Nextage is currently developing four products and is planning more, Dreazen said, some of them based on the company’s own patents and others as part of a collaboration.

The merger agreement with Micromedic was signed in March. If successful, Nextage’s shareholders will own 83% of the merged entity.