New data by Israel’s Central Bureau of Statistics reveals the increase in the number of jobs seen in recent years has been halted since January, with only the tech industry proving resilient

TAGS:
A trend of increase in available jobs seen in Israel in recent years has ground to a halt since January, according to data published Wednesday by Israel’s Central Bureau of Statistics. January was the last month a positive change was seen at all—of 0.1%, according to the bureau. Between February and June, no increase was recorded. Some major industry segments—wholesaling, industry, and construction, which together account for 27% of the Israeli job market—saw the number of jobs fall, as did real estate.

Bureau data regarding wages will also necessitate attention from the next government, as it shows the increase in real wages that characterized the past six years is slowing down. Over the past two years, the real wage increased at an annual monthly rate of 0.2%, but for the last three months, that rate has slowed to 0.1%. In many industry sectors, including mining and quarrying, agriculture, regional administration, and water, electricity, and sewage services, the monthly real wage has actually decreased. Sectors that are still showing increase are education, real estate, construction, and the financial sector. 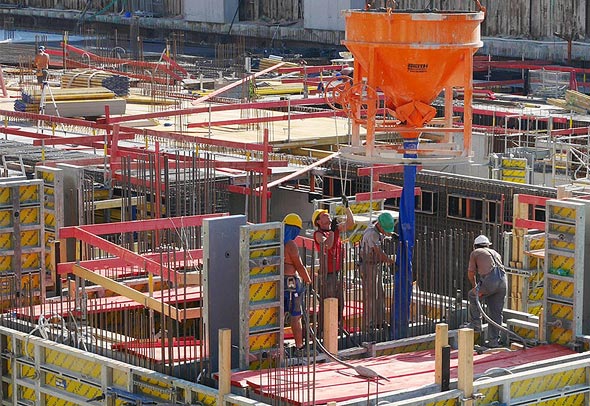 The data should not surprise anyone. Both the Bank of Israel and executives at the Israeli Ministry of Finance have been warning of the trend for a while now, but the government opted to shift focus to positive data such as Israel’s low unemployment rate of 3.7%.

But official unemployment data could be misleading in Israel, where people who register as unemployed can receive a stipend from the government only for a few months. Once a person stops receiving that stipend, they usually stops registering with government employment agencies and are no longer included in unemployment statistics, even if they are still looking for work.

According to a report released by the bureau last week, a much more problematic trend than high unemployment rates has become apparent over the last few months. In July, the percentage of people aged 15 and above who are participating in the Israeli job market was 63.1%, down from 64.2% at the beginning of the year. In absolute terms, this means 65,000 people exited the Israeli job market in that time period and are at least officially no longer looking for work. Furthermore, Israel’s employment rate fell from 61.7% at the end of the first quarter of 2019 to 60.8% at the end of July. The numbers for the 25-64 age group, considered the core of the Israeli job market, are disturbing as well: their employment rate fell from 77.7% to 77.0% in the same time period.

The sector that continues to prove resilient is the tech sector. According to bureau data, the number of people employed in the industry rose by 4% between July 2018 and June 2019, to 327,000 people. But even the tech bubble is not all sunshine and rainbows.

The tech services subsector has seen a 5% increase in jobs over the past 12 months, an addition of over 11,000 people, meaning the subsector’s 230,000 current employees now make up 70% of the entire industry. That jump is also responsible for pulling up the industry’s numbers as a whole, because for tech manufacturing the numbers have not changed since the beginning of the year. In the pharmaceutical industry, the number of jobs has actually decreased. The strength of the tech industry is most apparent in its wages: the average tech wage, NIS 22,600 ($6,434), is more than double the average wage in the private sector.