On Tuesday, analytics company Dun & Bradstreet revealed its list of the 50 best companies to work for in Israel

The list was presented at an event held at shared office venture Labs in Tel Aviv in partnership with Calcalist.

This year's list
"After years of having the same companies dominating the list, it is evident that Israeli tech giants are definitely able to close the gaps. Certainly, global companies entering the Israeli market have set very high standards in recruiting and retaining employees,” Efrat Segev, chief of data and analytics at Dun & Bradstreet, said at the event. This year, Dun & Bradstreet also revealed a list of the best Israeli startups to work for. Ad-blocking SaaS startup Namogoo Technologies Ltd. was ranked first, followed by public transit app developer Moovit App Global Ltd. 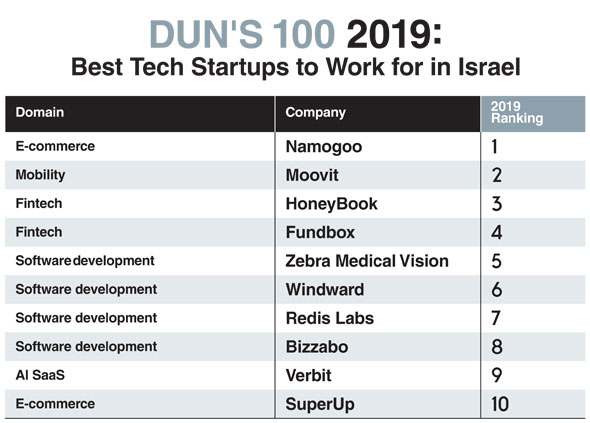 "While I'm here on stage as the CEO of Microsoft Israel research and development, I have to admit that the people responsible for our climb to the top of the rankings and for making Microsoft the best company to work for, are actually our wonderful employees and managers. My job is just to listen to them," Assaf Rappaport said at the event. Rappaport, 36, joined Microsoft in 2015 after the company bought Adallom Inc., the cloud security startup he co-founded and led.

Published for the fifth time, the ranking takes into account factors such as wages and benefits, the career development opportunities and support provided to employees, employment stability, and wellness. "We have engineers all over the world, but there is something unique about the Israeli engineer. You can't always put your finger on it, but when I request something from my employees in Israel, I know it will happen," Doron Cohen, Chairman and CEO of Dun & Bradstreet Israel, said at the event.
Cancel Send
To all comments
Buzz 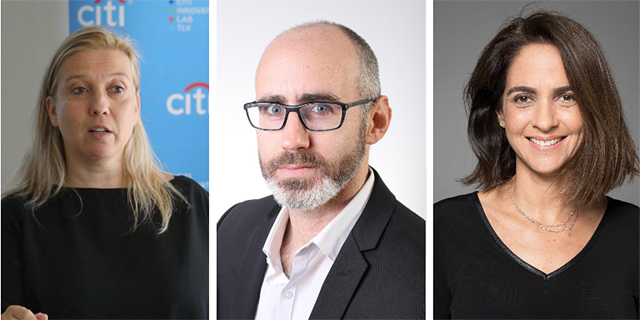