75% of Lawsuits Will be Handled Online Within a Decade, Says Law Professor

Orna Rabinovich-Einy is an associate professor at the Faculty of Law at the University of Haifa, focusing on online dispute resolution (ODR), which employs algorithms to solve civil disputes

TAGS:
Within a decade, about 75% of all lawsuits will be litigated online, according to Orna Rabinovich-Einy, an associate professor at the Faculty of Law at the University of Haifa. Rabinovich-Einy focuses on online dispute resolution (ODR), which employs algorithms to solve civil disputes, such as divorce cases, neighbor quarrels, and small claims. Algorithm-based legal proceedings are already being used to settle such cases in the U.S., the U.K., Canada, and several European countries, speeding up the justice process, making it more accessible, and gradually pushing judges and lawyers aside. Rabinovich-Einy, 48, obtained two bachelor degrees from Tel Aviv University, in law and in arts, humanities, and social sciences, before moving to New York in 1999 to attend law school at Columbia University. She then went on to write her PhD on technology and dispute settlement. Rabinovich Einy recently co-authored a book titled “Digital Justice: Technology and the Internet of Disputes” and published by Oxford University Press with Ethan Katsh, the director of The National Center for Technology and Dispute Resolution at the University of Massachusetts Amherst. 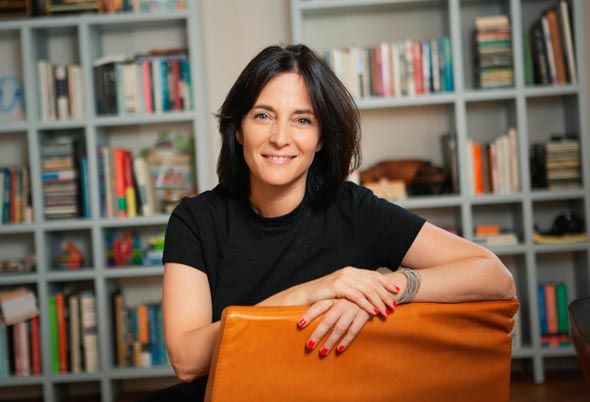 Orna Rabinovich-Einy. Photo: Tommy Harpaz
This was just around the time eBay partnered with a startup called SquareTrade to set up an email-based dispute resolution system, intended to settle disagreements between its independent sellers and buyers. “Seeing this first ODR system taking shape while I was writing my PhD thesis gave me a sense of something new that was being built, a reimagination of dispute resolution,” Rabinovich-Einy said in a recent interview with Calcalist. The main thing algorithms could bring to the table is correcting injustices caused by bias and social gaps, Rabinovich-Einy said. Online processes are significantly cheaper, making the justice system more accessible to people from lower socio-economic backgrounds, she said. According to a study she is currently conducting with researcher Avital Mentovich, replacing the human element—lawyers, mediators, and judges—with technology also helps reduce the impact stereotypes and preconceptions have on rulings.

The study examines standard legal proceedings, comparing them with proceedings that took place on dispute resolution platform Matterhorn, which is employed by over 50 U.S. courts for conducting remote judicial processes under a human judge. After analyzing several thousand cases, Rabinovich-Einy’s team found that in standard proceedings black Americans and young people tended to get higher fines and in some cases were convicted of more serious crimes for the same infringements.

However, this process is not without its downside, Rabinovich-Einy said. It is possible that the digitization process introduces new characteristics that discriminate against different kinds of people, like those who cannot express themselves well in writing, she said. It is also a possibility that in removing the direct interaction with the judge, any chance of compassion towards defendants is also eliminated, she added.

Though digitizing the judicial system helps reduce social gaps, it still cannot account for differences such as education and digital literacy levels, Rabinovich-Einy said. Even at an age when every child has a smartphone, these gaps remain a serious issue, echoing significant cultural and social gaps, she said.

As a possible solution to these gaps, Rabinovich-Einy gives the example of Canada’s British Columbia, where a tribunal handles small claims, disputes between neighbors, and bodily injury claims of up to $50,000. The proceedings are mandatory and almost always conducted without legal representation, she said. “The motto is keeping the proceedings at a sixth-grade level to accommodate diverse populations,” she said. The tribunal uses decision trees to help plaintiffs and defendants articulate their claims and choose a course of action that is right for them, which could be outside the court, she explained. If all else fails, a judge will try the case either in person, online or over the phone, she added.
Related stories:
Though digital processes are not without faults, Rabinovich-Einy believes it is important to stop romanticizing human processes and remember their problematic aspects, such as unjustified or unexplained rulings, plea bargains with dangerous criminals, and other compromises that are sometimes unjust. She further believes it is important to examine how technology can help solve the most prominent problems in dispute resolution, which are mainly issues of inequality, while being aware of some of its less positive aspects, such as programmer predispositions or the cold calculations of the algorithm that may lack nuance and empathy.

Lawyers need to realize that the justice system is changing, that most civil cases do not reach court, and that technology is bound to take a more significant role in the process, Rabinovich-Einy said. “Historically, the judicial system was always a few steps behind changes, but the world is changing so quickly now that we can no longer afford to be left behind,” she said.

Update, October 29, 2019: this article has been edited to include a mention of Rabinovich-Einy's latest book.