Despite previous concerns, the new committee will not oversee Israel’s tech industry. Regulators will decide whether to pass matters on to the committee at their own discretion

Update: the Israeli cabinet has decided Wednesday in favor of establishing a committee that will oversee any foreign investments in Israel. Israeli Minister of Finance Moshe Kahlon prevailed, and the committee will be placed under the aegis of the finance ministry and not the Ministry of Defense. The committee will not have any authority over Israel’s tech industry, a notion that worried many people when it was first brought up, and will also serve as an advisory body, meaning regulators will decide whether or not to bring matters to the committee’s attention.

According to an announcement made by the Prime Minister’s office, the committee will be made up of representatives from the finance ministry, the defense ministry, the National Security Council (NSC), and observers from the Ministry of Foreign Affairs, Ministry of Economy, and the National Economic Council. The committee will consult with relevant security and economic personnel. The office further stated that deals that do not require government approval will not be discussed by the committee.

The committee will be established within 45 days, and the cabinet will reconvene in six months to examine the committee’s work and make changes if necessary. 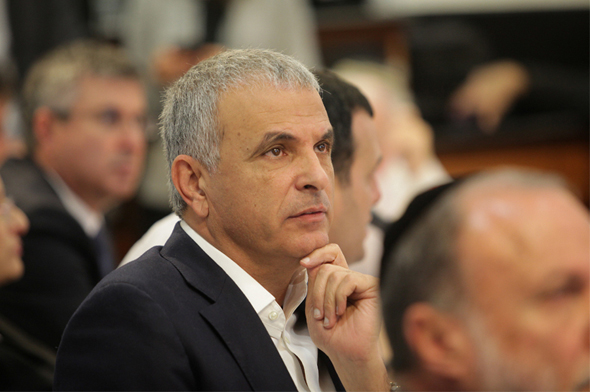 The Israeli Ministries of Finance and Defense are opening a new front on a formerly discussed plan to establish a government body that will oversee any foreign investments in Israel. The cabinet convened to discuss the matter Tuesday but reached no conclusions. Wednesday evening, the cabinet decided on setting up such a committee, though its details are still unclear.

The initiative to set up a body to supervise foreign investments in Israel—defined as investments, mergers, and acquisitions—has been in the works for over a year, following a bill pushed by Israeli politician Israel Omer Barlev. In a global world where every foreign entity can buy a company anywhere in the world, without considering the specific interests of the country that company operates in, a government committee should exist to oversee and examine investments and deals concerning companies that operate in domains that could pose problems for the country’s national fortitude, Barlev wrote in the bill. The current discussions are being held at the forefront of the mounting tensions between the U.S. and China, and with the increased scrutiny and restrictions the U.S. has been placing on Chinese involvement in companies that operate in the U.S. American officials have already warned Israel against possible repercussions against it should it not regulate foreign investment in the country. The increased pressure could also manifest in other aspects of Israel’s relationship with the U.S., as Israeli Prime Minister Benjamin Netanyahu unintentionally demonstrated yesterday when he thanked the U.S. for its military aid and for the sanctions placed on Iran. In Israel, the issue is divisive. On one side is the defense ministry, which demands that each deal be brought to the new body’s attention, if not placed completely under its control. On the other side is Minister of Finance Moshe Kahlon and the finance ministry’s professional cadre, who are very much against giving any organization such a complete foothold. The finance ministry would rather see the relevant regulators in each sector report issues as they arise at their own discretion. Israel’s National Security Council (NSC), which was appointed to lead the discussion, tends to side with the defense ministry, while Avi Simhon, chairman of Israel's National Economic Council and Netanyahu’s economic advisor, is leaning towards a softer mandate for the new body.

The biggest danger a new supervisory body could pose to the Israeli economy concerns the country’s thriving tech sector. Those who oppose it worry that it will constitute a death blow to the industry, as any foreign investor will have to take into account the fact that any action they wish to perform following their investment will be subject to a secretive security body that owes them no explanations. The finance ministry especially is concerned that the establishment of such a body will severely impact the funds being invested in the sector, which are a major revenue source for Israel in the form of taxes, and more indirectly via the high salaries tech employees receive.

The crucial question, therefore, is whether the new agency will be an advisory body or a regulatory one. According to people familiar with the matter who spoke to Calcalist on condition of anonymity, a proposal to give the new agency veto rights over any foreign investment is likely off the table now.

The discussions currently held by Israeli leadership are not happening in a vacuum. On Monday, the OECD released a report about global foreign direct investments (FDI), revealing FDI flow in the first half of 2019 fell by 20% compared to the first six months of 2018. For OECD countries, they fell by 43%, mostly due to decreased investments in the Netherlands, the U.S, the U.K., Belgium, and Ireland. Chinese FDI to the U.S. dropped from a record $16 billion in the second half of 2016 to less than $1.2 billion—Chinese companies are not just investing less in the U.S. but also shutting down existing investment targets.

Israel’s situation is not that great either. After two years of record FDI—$18.2 billion in 2017 and $20.8 billion in 2018—they have dropped by 43% between the second half of 2018 and the first half of 2019. Kahlon and his team are therefore very much aware of the repercussions of setting regulations that could turn off foreign investors.

This article was originally posted on October 30. It was updated to add additional information.