Looking Death in the Eye: Why Your Brain Is Convinced You’ll Live Forever

At 17, Yair Dor-Ziderman encountered death, and it was not what he expected. Years later, he is researching the complex mechanisms that make us certain that mortality is something that happens to other people

TAGS:
When he was 17, Yair Dor-Ziderman experienced the trauma of death in a particularly jarring way. In 1994, his childhood friend Arik Frankenthal, then a private in the Israeli military, was abducted and killed by Hamas. All Dor-Ziderman remembers now is feeling numb, he said in a recent interview with Calcalist. As everyone else around him collapsed, he started questioning himself. Why wasn’t he crying like everyone? During the funeral, he forced himself to shed tears. “It was a dissociative situation, like being in a dream,” he recalled. “It was clear to me then, and it is even clearer to me now, that something was wrong.” 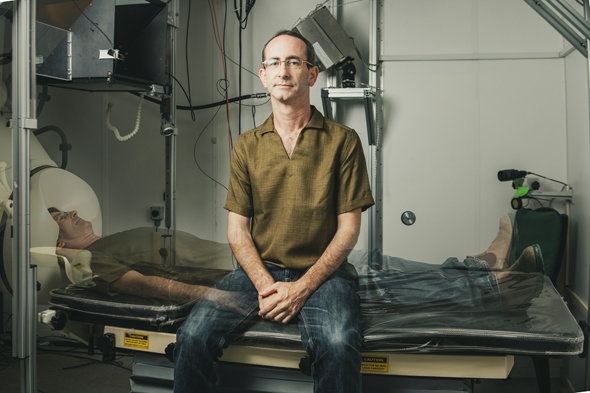 It is even more clear today because Dor-Ziderman, now a graduate student at Bar-Ilan University, spent the last few years studying the way people deal with death. On Friday, a new research paper he co-authored will be published in the scientific journal NeuroImage, discussing a study he and his fellow researchers conducted that revealed the mechanism the human brain employs to shield people from accepting their own mortality.

The key concept is mortality salience, the moment awareness of death occurs and the brain’s defensive mechanism springs into action, he explained. “The study shows that the brain has an unconscious but very basic belief that death is something that happens to others, not to me,” he said. “And that belief is activated whenever we come into contact with something that could remind us of death. We repress its relation to us and project it onto others, and that protects us. The study made me understand not just how the brain constantly interprets reality to construct a story, but how fundamental the mortality denial mechanism is to our consciousness and brain.”