While NTT is primarily a telecommunications company, it is interested in startups and technologies in the fields of cybersecurity, digital health, and autonomous vehicles

TAGS:
Tokyo-listed telecommunications company Nippon Telegraph and Telephone Corp. (NTT) is looking for startups to partner with, chairman Shinohara Hiromichi said. Hiromichi spoke to Calcalist on Tuesday during his visit to Israel as part of a delegation of NTT executives. NTT will help selected startups enter the Japanese market and scale-up, Hiromichi said. 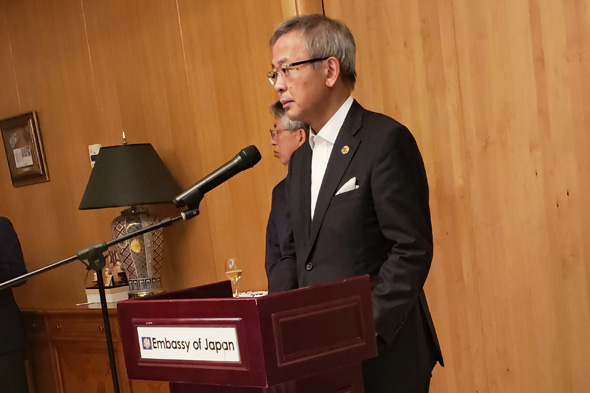 NTT Chairman Shinohara Hiromichi. Photo: Adi Pick
Founded in 1985, NTT is the fourth-largest telecom in the world in terms of revenue and employs some 303,000 people, according to the company’s website. According to Hiromichi, while NTT is primarily a telecommunications company, it is interested in startups and technologies in additional fields including cybersecurity, digital health, and autonomous vehicles. Last year, the company’s investment arm NTT Docomo Ventures Inc. invested $3 million in Otonomo Technologies Ltd., an Israel-based startup that offers technology to monetize the data collected by cars. NTT is also looking for specific technologies to incorporate into its existing infrastructure, as well as to invest in or even acquire startups, he said.
Related stories:
The company is also open to jointly collaborate on developing new technologies with Israeli companies, startups, and entrepreneurs, Hiromichi said.

While the company does not have concrete plans to open a local outpost in Israel, the company is currently considering the option, he says. The company often sends teams to Israel, he said. “Now may be a turning point,” he added.

Hiromichi came to Israel as part of a delegation of Japanese businesspeople organized by the Japanese embassy in Israel and Japanese ambassador Koichi Aiboshi.