The Markets Realized the Coronavirus Is Another SARS and Moved On, Says Stifel CEO

What frightens the U.S. markets more, the coronavirus or the possibility of far-left Democratic candidates Bernie Sanders or Elizabeth Warren winning the 2020 election? Judging from the words of Ronald Kruszewski, CEO of American investment bank Stifel, the second scenario is far more threatening. Kruszewski, the longest-serving CEO of any U.S. bank, who has been in office since 1997 and has personally experienced all of the major crises of the last two decades, also knows why. 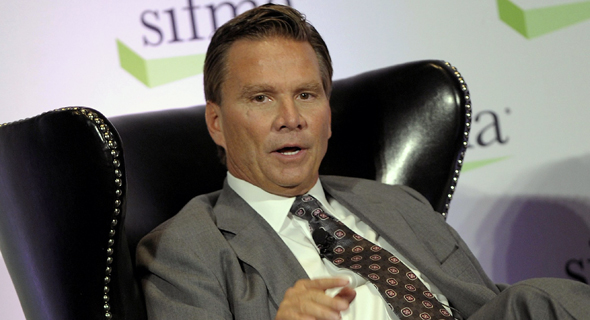 The U.S. market indexes are once again breaking records and the market does not seem to be nervous about the scary images from China. Is it not too soon to celebrate?

"According to the markets’ perception, the virus—I am not a doctor and do not wish to determine what is right and what is wrong—has become less of a threat. Once they realized that the mortality rate was less than that of the common flu in the U.S., they began to view it as another SARS and moved on. Today, there is almost no impact on the market. If we will see that there are new virus mutations and that the mortality rate increases, things may change."

Will the coronavirus not affect the real economy, too?

"If the virus affects China for a long period of time, it will affect the world, but I believe that the situation will not come to that, because in that case, the markets would have reacted differently."

If the coronavirus does not succeed in scaring investors, what could affect the U.S. market Following a decade of an almost constant upward trend?

"In Australia, the market has been on an upward trend for 20 years already. The biggest risk to the American stock market today is on the political front. The big question is what will happen in the upcoming U.S. election. From the markets’ perspective, there is concern about the possibility that one of the progressive candidates may win. The market does not like the discourse suggesting major sources of production should come under government control."

Meaning that if Donald Trump wins, there is room for additional rises?

"It does not have to be Trump, but any traditional candidate. Anyone coming from the mainstream will not have a significant impact on the market. The only ones who will cause a market correction are Warren or Sanders."

Are you claiming Trump is traditional and mainstream?

"He is anything but traditional but from an economic perspective, he is mainstream."

How big could the fall be?

"If the market will truly believe that Warren or Sanders will be elected and will be able to implement some of their plans, I would not be surprised to see a 20% or even a 25% correction."

The majority of Wall Street shares Kruszewski's opinion but is in no rush to express it so bluntly. The difference lies in the personality of the veteran CEO, but probably also in the fact that Stifel is not exactly mainstream. and is a bit of a strange bird in the American banking landscape. It starts with the location of its headquarters and CEO's office, which are in St. Louis, Missouri, a very big distance away from the hustle and bustle of Wall Street.

Stifel was established in the late 19th century, but in its first 100 years of existence, it did not develop that much. When Kruszewski took office, the bank traded at a market value of $26 million, its annual revenues were $100 million and it employed 600 people. Today, the bank enjoys a market value approaching $5 billion, with annual revenues of $3.5 billion and 8,000 employees. This is not Goldman Sachs or JP Morgan yet, but the growth could explain why Kruszewski has the longest tenure among his peers. In fact, the beginning did not bode well. "I was elected CEO of Stifel after the three other final candidates declined," Kruszewski said.

But Stifel is surprisingly differentiated in another area. "We have grown our revenues in each of the last 24 years and during that time we never finished a year with fewer employees than we started it,” Kruszewski said. "Also, during the 2008 financial crisis, we did not take any government assistance, on the contrary, the years that followed were record years."

Are you implying that you were one of the only U.S. banks to not buy toxic securities?

During the years following the crisis, while everyone was recovering, Kruszewski took advantage of the situation to make significant expansions, partly through the acquisition of financial institutions that encountered difficulties. In this way, Stifel developed from a fairly small brokerage firm into a significant financial institution that employs 2,200 investment advisors. Kruszewski also established a large wealth management business and entered head-first into the world of underwriting initial public offerings and securities offerings on Wall Street and in London. Overall, Stifel has over $300 billion in assets under management.

Now, Stifel has entered Israel. Kruszewski recently made his first-ever visit to the country to open the bank's offices and attend the Global Investor Summit by Jerusalem-based equity crowdfunding company OurCrowd Ltd.

According to a collaboration deal between OurCrowd and Stifel announced in October, the bank made a minority investment in the former, as well as in some of the companies in which OurCrowd is invested. The collaboration aims to introduce Stifel customers to Israel's tech industry.

OurCrowd operates in a unique format, as a community with 37,000 investors who do not have to invest millions of dollars but can invest a few tens of thousands of dollars in startups that the fund marks as promising. The fund recorded impressive exits, including the IPO of Los Angeles-based meat substitute company Beyond Meat, which has tripled its value since, or the sale of Israeli startup Replay Technologies Inc. to Intel in 2016.

“We are growing fast. Up until eight years ago, Stifel did not have one office on the other side of the Atlantic Ocean, while today we have 500 employees in London and offices in Frankfurt, Paris, Barcelona, and Milan. It does not make sense any longer not to operate in Israel which is a very entrepreneurial country. It is natural for us and a fund like OurCrowd speeds that process up for us."

But you probably have access to the leading U.S. funds.

"True, but they require much higher amounts from a private investor. With OurCrowd it is possible for small investors to come in with $10,000. The Chairman of the U.S. Securities and Exchange Commission (SEC) recently said that it is necessary to make it easier for public investors to invest in private companies. U.S. markets have evolved and if in the past it was possible to go public at a valuation of $100 million, today you need no less than $1 billion. And what happens—as was the case with Uber or even with WeWork—is that most of the growth happens at a valuation of between $100 million and $5 billion, when the company is still private. This is the most interesting stage, not between $10 billion and $20 billion."

Apropos the value of technology companies, as someone who was around in the 2000 bursting of the dot-com bubble, what can you say about today's valuation levels?

“Today, in February 2020, it is difficult to understand what the technology can do to the economy ten years from now. This has complex side effects that create social issues: If in the past a car manufacturing plant was built, it also contributed to the economy and employed many workers, but how many jobs are created by a company that develops an app? I am very optimistic about the economy. Europe is recovering and the situation in the U.S. is very good. We will also slow down sometime, but the next decade will be excellent for investing in innovation."

You serve on the Federal Reserve Advisory Committee. How do you see the interest rate environment and President Trump’s relations with Chairman Jerome Powell?

Will you make mergers and acquisitions in Israel and open a wealth management department?

"We are opening an office and want to take part in the Israeli capital market in any way we can. In the pipeline, there are already IPO deals in New York and London and also M&A transactions. We specialize mainly in transactions of up to $1 billion, so we fit like a glove to what is happening in Israel. We are talking to potential clients, especially in the healthcare sector."

You have already tried to enter Israel through cooperation with Leumi Partners, the investment banking arm of Israel’s Bank Leumi. It didn't really work.

"It was not a big success because this is how it is in a joint venture: on paper, it is great, but in practice, it does not work. When you bring in physical assets, it is more promising for success."

Stifel has now recruited Alain Dobkin, a former senior Citigroup executive in Israel, to manage operations from an office located on Rothschild Boulevard in Tel Aviv.

What will you consider to be a success?

"Success is becoming relevant to the local economy. If in a year from now the local market will know more about us, about our capabilities and about what is happening. These metrics are not just financial."