Charity Tech Can Make the Average Joe a Philanthropist

In 2017, Microsoft Founder Bill Gates warned of a future fast-spreading airborne pathogen that could wipe out tens of millions of people within a year. Regardless of whether Gates believes that the coronavirus is that virus, the Bill & Melinda Gates Foundation recently pledged $100 million to fight the rapidly spreading pandemic. The foundation's timely and seemingly large commitment to virus research, represents only a small fraction of the scope of its activity. 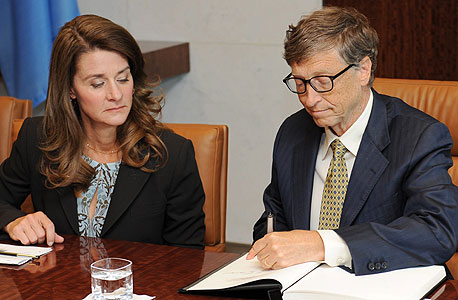 The Bill & Melinda Gates Foundation has given away more than $50 billion over the last two decades to various charities around the globe. And, while most charities still get much of their funding using traditional methods, such as fundraising drives, and not from a single billionaire, tech industry is increasingly becoming a part of this expanding level of philanthropy.

Whether or not these fundraisers help, in the end, people give to charities and to what they perceive to be worthy causes for a whole host of psychological reasons, including feeling good about themselves, offsetting an act that they feel is detrimental, for tax reasons, religious obligations, or for wholly altruistic purposes. Some even use their charitable giving for the distinctly uncharitable goal of telegraphing the size of their wealth to others. Recent research as to why we give is even helping charities optimize their pitch to desired demographic.

More than just taking advantage of behavioral economics insights, the increasing use of various technologies allows charities and donors alike to better achieve their goals and targets.

In fact, the incorporation of technologies into both the fundraising and the giving aspects of charity has helped everyone from the wealthiest to even those in need give more, and more often; and there are already emerging academic analyses into this phenomenon. In particular, the incorporation of new technologies means that giving has become much easier, for example, via credit card-based contactless payment stations set up in public areas. These have been especially helpful in reaching donors who are part of an increasingly cashless society.

But, giving has not only become easier in person, it has also become easier online, for example, through the use of microtransactions that allow regular people to give or lend money to needy causes and cases. Importantly, the internet also affords donors the opportunity to remain fully anonymous, if they choose to do so.

Some charities have even looked beyond the internet to the internet-of-things, employing, for example, Amazon's Alexa smart speaker ecosystem as yet another way to collect payments.

New technologies are also being used to increase incentives for the charitable to give more: some charities have begun to employ virtual reality to allow potential donors to experience the results of the charity's efforts through a fully immersive VR environment.

Beyond VR, other forms of charity tech can also make giving more personable. Crowdfunding sites that use the web to extract micropayments from a huge array of demographics, allow charities and even individuals with novel charitable causes to find donors. Crowdfunding also expands the scope of charitable causes, effectively providing a platform for anyone to ask for literally anything from the most mainstream to the quirkiest. There is even a disconcerting expansion in the crowdfunding of medical care costs.

Given this potential breadth, crowdfunding donations become problematic when they are provided in exchange for a security such as shares in a corporation. In these instances, the U.S. government, like many other jurisdictions, places both percentage and absolute limitations on the amount of money a donor can provide to a cause. Regulations also often require that the crowdfunding must take place via a registered intermediary or website. The receiver of the funds is also required by law to make numerous disclosures, including the intended use of funds, the offering price, and a description of the business or charity. The provision of tokens via these sites, for example as an initial coin offering, comes with an even greater set of emerging regulatory oversight.

Crowdfunding sites are not the only websites employed by charities, and it is worth noting that extracting donations via the web, while relatively simple, does create some problems for these organizations. Many charities use shared websites to pool and reduce their online costs. In some instances, these third-party websites will extract a fee from your donation to cover these costs. This could become an issue, because you do not need to be a billionaire philanthropist to want to know that your dollars are being well spent on the cause you chose to donate to and not squandered on extraneous and peripheral costs.

In fact, excessive administrative costs are an ongoing concern in the world of charity, particularly when heads of charities have salaries that rival the private sector, or where a majority percentage of donations end up covering overhead costs, rather than actually reaching those in need.

To this end, blockchain technologies are already being employed by some in the Third Sector to solve just this problem. In some instances, private blockchains, mostly accessible through web-portals, allow users to put all or the majority of their targeted funding in escrow until such time as conditions for the donation are met. In some instances, this could even be accomplished via smart contracts that release the funds according to the set goals. This type of technology provides transparency and personalization, and the immutable ledgers of a blockchain for auditing.

For example, a donor could give to a relief organization, in such a way that the funds are only released if and when a natural disaster occurs, necessitating the use of the funds. In other instances, a giver could set up a smart contract such that carbon offset donations are made every time they engage in air travel. Patrons may also provide conditional donations, giving only if another entity gives above a particular threshold. Alternatively, activist angels can automatically give a donation each time a detrimental precondition occurs, such as an anti-Semitic event or the wrong person is elected to public office. Finally, benefactors may give conditionally to challenge themselves, making donations function like a digital swear jar, automatically donating to a particular cause each time a personal goal—such as an exercise goal as measured automatically by a Fitbit or similar device—is not met.

These transparent systems often even allow the donor to request a money back guarantee if the goals are not fulfilled. Not only does this provide the giver with an increased sense of satisfaction, but it also provides a sense of accountability, allowing donors to make sure that their funds are going to the projects they were earmarked for.

There are also limitations to such technologies: contributions of this type might be limited in terms of size of gift or financial capability of the philanthropist. Also, many donors may not be comfortable with the inherent uncertainty of these types of contributions.

Gamification is another technological application that can be used in the area of charities. The term refers to efforts to make a particular activity more game-like through things like promoting competition by providing points, comparing the scores of participants, or offering rewards for achieving particular goals. Through incorporating classical game design elements into non-game situations, charities, may find the necessary incentives to retain donors and have them participate more in the chartable process, a non-trivial concern for many charities. Notably, however, not every game is fun or engaging and not every charity will be able to successfully incorporate game elements into its projects.

There are also downsides to the increasing use of technology by charities and perhaps one of the biggest hurdles is the issue of compliance with the GDPR, the European Union’s General Data Protection Regulation.  Like their for-profit capitalist corporate counterparts, charities using various technologies will collect and process a lot of personal and sensitive data on their donors. The GDPR imposes data protection and processing oversight and compliance requirements on charities just as it does for other corporations, necessitating increased expenditures to deal with their donor lists, and also limiting the monetization of donor lists by selling them to third parties. More so than their corporate cousins, charities often rely on non-professional volunteers, and as such, they may also be at increased risk of data breaches and compliance failures.

Technology enabled increased donations notwithstanding, charities in general seem to suffer from a disconcerting increasing distrust. But even that can be turned around. Many may not remember how Gates, as the head of the Microsoft behemoth, was once considered the epitome of evil. Gates was skewered in the media, in Hollywood, and even on the Simpsons as the leader of the Evil Microsoft Empire. Now, however, Gates is routinely seen as a model billionaire, who stands head and shoulders above the rest in the extent of his charitable giving, good deeds and paternal advice. Arguably, it was Gate's running away from his technological empire that made him more admirable, will running the other way, toward technology, now do the same for charities?

Automation, AI, and Blockchain: Here's how B2B payments may change in 2021