Israeli Companies Can Cash In On $10 Million Check from Trump

The U.S. government is helping employers meet their payroll obligations and any company with employees there can apply for a business loan with strong chances it becomes a grant

TAGS:
Israeli companies hit by the coronavirus (Covid-19) crisis are eligible for loans and grants not only from local programs but also from the U.S. businesses aid program. Any company that has operations in the U.S. and employs workers there can apply under the $2 trillion CARES Business Assistance Program that was passed at the end of March. The company does not have to be registered as an American company but only has to have a U.S. subsidiary that pays salaries to U.S. employees. The most relevant clause for Israeli companies, and especially startups, is the eligibility for loans, some of which may transform into grants under the 7a section of the Small Business Administration plan. Under this section, a company that employs fewer than 500 employees,including foreign and domestic affiliates, can receive a loan of up to two and a half times the cost of wages paid to its employees up to a ceiling of $10 million. The loans, given at 1% interest rate and based on government collateral, are repayable within two years, with a six month grace period before payments are due. To top things off, the loan may turn into a grant if the company proves that the money received was used to pay salaries and prevented cutting salaries or terminating employees. 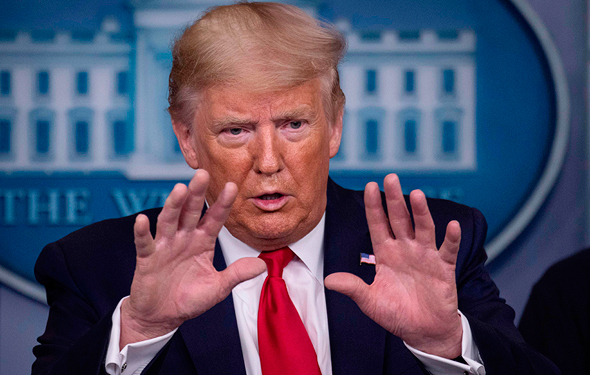 Under the auspices of the plan, $350 billion were earmarked for loans and grants to small businesses. Bank of America reported that as soon as the plan went into effect last Monday 177,000 businesses had applied for $32.6 billion in aid. JPMorgan said on Tuesday that it had received 375,000 requests for a cumulative $40 billion. Both these figures already make up a fifth of the program's budget.

"In this program, it’s all about being first to the prize," said Attorney Oz Halabi, a partner and head of the U.S. taxation department at the New York office of law firm Pearl Cohen Zedek Latzer Baratz and a former senior official at the Israel Tax Authority. "It is very important to submit applications as soon as possible and to understand that the program is relevant to 99% of Israeli startups," he added in a conversation with Calcalist on Sunday. "True, there are details that are still unclear, but it is important to go ahead and fill out the forms. Trump himself operates as if he was running a startup: first throwing out an idea and then thinking and formulating the details". Halabi explains that the $350 billion set aside for the program is not based on any calculation, but rather is simply a figure that was agreed on. Meanwhile, the U.S. Federal Reserve has also announced its own $600 billion loan program, but these loans are for larger companies and will not become grants.

Halabi noted that payroll management companies already know how to submit the forms, as do most of the larger banks in the U.S. Among Israeli banks, Leumi USA has opened up online applications for loans under the program.

"These days cash is king and every Israeli company that employs workers in the U.S. should have no reason not to apply," Yifat Oron, CEO of LeumiTech, the bank’s technology arm, told Calcalist. “This is essentially a grant with which to pay salaries and that is significant.”

How does the loan become a grant? It depends on the use of the funds received as part of the program. According to Halabi, within three months lenders will be required to send documentation of what was done with the money.

Halabi pointed out that there have already been reported cases of companies receiving the aid money into their bank account only two hours after submitting the forms. "The government’s rationale is clear. It is cheaper to prevent layoffs or unpaid sick leave. State participation in wages requires less bureaucracy. The employers are encouraged to keep their employees on the payroll and if they don’t, they will have to return the money.”