Sectors with high productivity and employment, such as tech, commerce, and industry, will be the first to resume work, according to a new government report on Israel's Covid-19 exit strategy

Israel's return to normalcy post coronavirus (Covid-19) lockdown is set to start with its most productive sectors, first among them the country's tech sector, according to a new report. The report was submitted by the Israeli Ministry of Finance Saturday to officials at the Ministry of Health and the National Security Council and was viewed by Calcalist. The final report will contain the time table for the return to activity of the various sectors, to be determined by Prime Minister Benjamin Netanyahu.

In the report, the finance ministry recommended gradually restoring industries with the lowest health risk potential and the most substantial contribution to the country's gross domestic product (GDP). In addition to the tech sector, the ministry recommended restoring the finance, imports, commerce, and industry sectors to full activity. The report was put together by Shai Babad, the director-general of the finance ministry, with contributions by finance ministry experts, central Israeli hospital Sheba Medical Center's Gertner Institute for Health Policy and Epidemiology, Israeli security agency Mossad, health ministry officials, the Bank of Israel, the National Economic Council, and the Ministry of Economy. 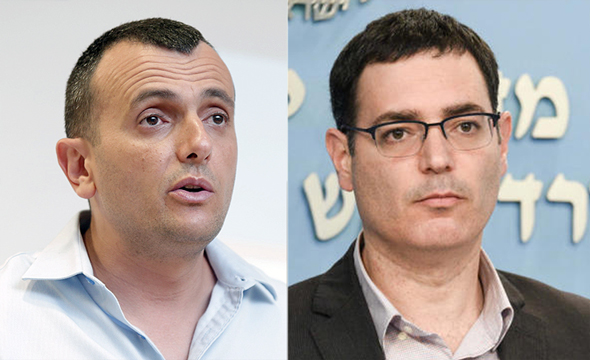 Israel has recently recorded more than one million unemployed people, the vast majority of whom lost their jobs as a direct result of the coronavirus crisis. According to the report, some 400,000 of them will not return to work once the country-wide lockdown is lifted. This number is set to rise the more prolonged the lockdown policy, the report stated. "The risk that companies affected by the current restrictions will reach financial collapse or decide to cease activity altogether has sharply increased," it said. In addition to the blow to the country's GDP and the deepening of the national deficit, a more extended period of lockdown may send hundreds of thousands more Israelis to seek unemployment compensation, the report said.

The report's authors warned of what they call "a point of no return," as far as the lockdown's long-lasting economic impact. Several finance ministry officials have warned that the strict Covid-19 policies will send Israel's economy years back and bring about damages to the local healthcare, education, and welfare systems, as well as to infrastructure and national security.

The report's authors recommend a return to work according to the principals of controlled risk. "Many places of employment have a lesser contribution to the infection rate than others," it said. Risk of contagion can further be reduced by the adoption of various safety measures, such as wearing masks, reducing the numbers of staff and customers in one space, cutting down on face to face meetings, and increased hygiene practices.

The report's authors also stressed that the economic contribution of various activities must be weighed in when planning the country's exit strategy. If only a limited number of employees are reinstated to full activity, they should be those with the highest contribution to GDP.

According to the report, the sectors that display the lowest health risk in conjunction with the highest economic contribution are tech, industry, finance, long-distance service providers such as lawyers and accountants, warehouse workers, and wholesale trade. Slightly higher risk sectors with significant economic contributions include office workers offering face-to-face customer services and retail. Jobs with low contagion risk but also small economic contribution are open-air jobs in agriculture and construction. Sectors where the financial contribution is less significant and the risk of spreading the disease is high, include non-urgent medical services, hairdressers, hotels and hospitality, and culture and entertainment. These sectors will remain shuttered for longer.

The report further recommends that sectors with high contagion risk should be returned to regular activity gradually, based on geographic areas where the spread of the virus is contained.

The report also addressed supporting sectors such as public transportation and education, both posing a high risk of infection. According to the report, around 20% of employed people use public transportation to travel to and from work. Even with the assumption that half of these people would be able to find an alternative solution, the continued shutdown of public transportation would affect 10% of the country's workforce and deepen socioeconomic disparity.

The country's education system also has a significant impact on the ability of many employed people to return to work. More than 384,000 Israeli households have kids under the age of nine who cannot be left without the appropriate supervision. In households where parents are forced to work from home, their productivity is negatively affected when young children are present and require constant care. The report estimated the impact on the daily GDP of the continued shutdown of the public education system at 9.4%. This, in addition to the unemployment of the many education workers.

Several government officials told Calcalist that without the return to activity of daycare facilities, kindergartens, and elementary schools, many people would not be able to get back to work.