TAGS:
I read the opinion article published in Calcalist by Adam Fisher, Michael Eisenberg, Arnon Dinur and Rona Segev. All four, like myself, were active in the market during previous crises (I was an entrepreneur in 2000 and an angel investor in 2008), but as a "crisis graduate" I read things slightly differently from my friends and will share my insights: Unlike at the time of the 2000 crisis, Israeli exports are now weighted towards the tech industry from 15% in 2000 to about 50% of total Israeli exports in 2019. The Israeli economy has a broad interest in maintaining this component. 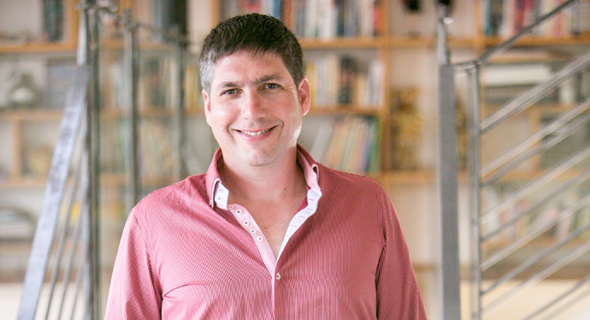 Roy Saar. Photo: Mangrove Capital Fund
Israel’s tech sector is the country’s growth engine - For over a decade, investments, productivity, wages, and taxes paid by the sector, which makes up only 10% of the labor force, have been increasing. Today, tech is not merely another innovation niche, it has become a significant component of the Israeli economy that impacts more and more aspects of life — software, medicine, agriculture, food, and robotics, just to name a few. Many estimates predict that within a decade, tech fields will impact more than 90% of all professions. Additionally, many of the current tech professions did not even exist 10 years ago, and it can be assumed that many of the professions that will be sought after in 10 years, don't exist yet today. The entrance threshold into the tech industry has dropped. It no longer employs only graduates of prestigious courses at leading universities or elite units of the Israel Defense Forces. Many of the industry workers are graduates of specialized courses, filling important roles that do not necessarily have to do with development. Many are also employed as service providers for the tech industry. In recent years, efforts have also been made to bring in broader and more diverse populations into the industry, including women, the ultra-Orthodox and Arab Israelis. Tech workers and service providers are among the highest paid employees in the country (keep in mind that these are not public employees, but private sector employees who justify their wages with high productivity), and therefore are taxed the most and lead the way in consumer spending, driving the growth of the Israeli economy. Now I will address some of the arguments raised in my colleagues’ article: "The government did not interfere in the previous crises" Actually in the recent crisis, the government encouraged Israeli institutional investors to invest in venture capital. Some even did so and produced nice returns, all at no cost to the Israeli government. I will add that the Israeli tech sector grew in part due to government programs in the 1990s, like the Yozma program (where the government invested in venture capital funds) which also didn’t cost the state money and gave birth to an industry that has garnered hundreds of millions of shekels to the public coffers. The government has a diverse tool box that includes more than just grants or loans. "Most of the layoffs are related to the recession" It is worth noting that the current crisis, as opposed to the previous ones, is a health crisis and is not inherent to the tech industry (like the 2000 crisis) or a financial crisis like the one in 2008.

In addition, early stage companies are nearly completely unaffected by the recession because development stage companies have usually yet to interact with clients and early sale companies only make up a tiny fraction of the total market. Layoffs in these companies were mostly a result of assessments of their ability to continue to finance their operations until reaching profitability or until the economy climbs out of the crisis.

As I noted, lowering the entry barrier to the sector opened the door to wider populations, unfortunately they will also be the first to be fired and face the biggest challenge recovering and returning to work. "Quality startups always have access to capital" This is empirically a problematic statement since we will never know the levels of success that companies that did not survive past crises could have reached. Are we missing out on the next WIX, WALKME, or Moovit? In the 2008 crisis we were not far from losing WIX, and if that happened we would have missed out on Monday (which came out of WIX) too. The same goes for many other startups established by WIX graduates. "The U.S. doesn’t have a program to assist startups " Many countries use aid programs to encourage investors and entrepreneurs to invest in strategic directions outlined by government policy. The U.S. PPP program encourages employers to keep on employees even during the crisis, improving company performance on the one hand, and not adding burden on the unemployment system, on the other. The U.K. plan gives loans to startup companies against investment by venture capital investors. Similar programs are being implemented in Germany, France, and others. These programs skew the employment figures in large and small multinational companies to give preference to local workers, even at the expense of workers in other countries. When examining crises in which the government did not interfere or only interfered to a small degree, we can see that the tech sector was able to help itself and even came out of the crisis in a stronger position. That is what my colleagues based their argument on, that the tech sector doesn’t need to be saved. I must say that I also believe that the Israeli tech sector can survive without government assistance, but a deeper examination of previous crises reveals that the recessions that came after them was severe and getting out of it took several years. These are the reasons: Foreign investors, who account for more than 90% of the total investments in Israel reduced their activity in Israel dramatically, most of them to zero, and were very slow to return to the market.

Many entrepreneurs tried to save companies without having the proper resources and eventually failed. Most of them took a long time to recover, both mentally and financially, and it took a long time until they attempted to start companies again.

There was a shortage of large corporations that could function as a 'compass' for the young companies and prevent their sale at a relatively early stage.

Unlike in other fields, government investment in Israel’s tech sector is matched by funding by other investors, so every shekel the state invests brings with it at least one more shekel of venture capital money, boosting its impact.

Former chief scientist Avi Hasson, recently shared a survey that found that the state receives about NIS 4-5 for every shekel it invested in supporting the tech industry. Furthermore, calculations by Prof. Eugene Kendall suggest that any compensation the state provides a tech company for its commitment to continue to employ workers will recoup itself even if the company eventually fails, and multiply if the company succeeds, grows, gets bought or pays taxes in Israel. So investing in a company at an early stage is preferable on the national level to investing in a company that is on its way down. My colleagues are correct to say that the government is committed to help provide education and vocational training to the next generation of entrepreneurs and tech workers. But I would like to expand on this point because many Israelis, while sitting at home unemployed and unable to make a living learned to realize that taking part in the innovation revolution has become a necessity for many industries, both in general and on the personal-professional level, and that openness, the desire to learn and advance professionally will resonate with policymakers. Hopefully we will soon find ourselves with a government where innovation is a cornerstone of the economic, educational and social strategy, because every crisis hides opportunity within it. Who would have believed that in such a short time, Israeli teachers would switch from a blackboard to a Zoom app?