5G is driving the world crazy, but what is it really?

The fifth generation technology standard for cellular networks has been making plenty of headlines recently, but most of them had very little to do with how the technology actually works and what needs it aims to satisfy

TAGS:
What is it about 5G technology that makes it such a popular target for conspiracy theories? Is it due to the timing of its rollout coinciding with the outbreak of coronavirus (Covid-19)? Or perhaps it is just rooted in the long-standing fear some humans have always had of new technology, especially that which operates on invisible waves and frequencies?

Whatever the answer might be, 5G, the fifth generation technology standard for cellular networks, has been making plenty of headlines recently, and most of them had very little to do with how the technology actually works and what needs it aims to satisfy. 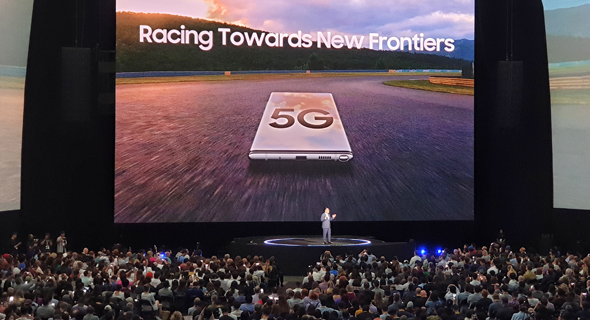 5G is coming and creating plenty of controversy on the way. Photo : Nitzan Sadan

The first, and probably most basic question that needs to be asked, is not only what 5G can provide, but also why it is required in a world in which 4G seemingly supplies all our needs, from Netflix to Zoom meetings?

"5G aims to bridge three types of technological gaps that we are dealing with today," Bressler told CTech. "The first being the need for more bandwidth, which is essentially a direct evolution of what we have today with 4G. The second is the more advanced usages, or what is known as Time Sensitive Networking (TSN). For example, creating an AI solution that can conduct a human like, context aware conversation requires a lot of computing power. That computing can't take place locally and needs to be sent elsewhere over the network. This has to happen very quickly so that the conversation experience will be similar to that between two humans. Sometimes even an extra half a second makes it too slow for a conversation. In these types of use cases, the network needs to be usage aware and be able to reserve these capabilities. There are many use cases in which timing is crucial. For example, cloud gaming, autonomous vehicles, supply chains and more. The third technological gap 5G aims to bridge is machine-to-machine communication. IoT devices have some special requirements to ensure they work properly." 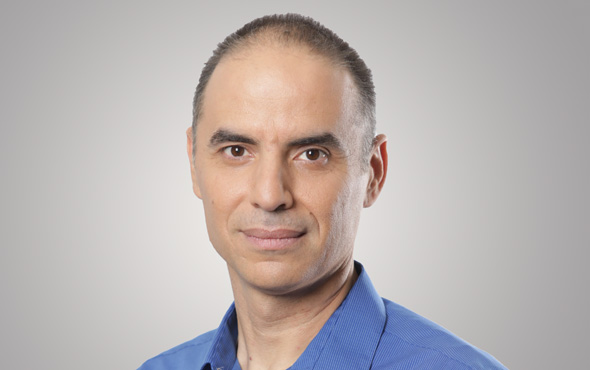 Intel has identified 5G as a significant growth opportunity and is involved at the client level, providing cellular and WiFi solutions for mobile devices and laptops, and at the network level, producing a new generation of servers, data centers and base stations.

Part of the physical layer of 5G is the Orthogonal Frequency-Division Multiple Access (OFDMA) scheme, which without going into too much detail is a digital modulation scheme that allows to tap into smaller segments of the frequency spectrum with timed functionality. The OFDMA concept, which was also part of the physical layer of 4G, was pioneered by Israeli Zion Hadad, who now heads startup RunEL NGMT Ltd., which develops processors for 5G.

"We should be running as fast as we can towards 5G and take all the goodness that it offers," Hadad told CTech. "It doesn't only give us broadband, but also narrowband, which is used for IoT, sensors, supply chains, smart cities and more. It will help automate our industry and that will save a lot of money. Everything will be more efficient."

RunEL is developing a series of processors for 5G base stations that streamline the connectivity with different devices and is one of many Israeli companies in the industry.

5G is essentially composed of two main parts. There is the network's wireless system, the Radio Access Network (RAN), which is basically the way the device communicates with the base station, what frequencies it uses and how fast it transfers data. According to Bressler, 5G provides a technological leap in wireless tech compared to 4G. This is possible due to the technological advancements that have been made in processing and in the communication sector in general over recent years. The second part and one of the advantages of 5G is that it opens a new spectrum that wasn't available with 4G.

There are essentially two spectrums with 5G, one is of 6 gigahertz (GHz) and lower. 5G uses newly allocated frequencies (bands) like the 4G ones, but does so more efficiently. With the same amount of data being transferred faster, less radiation is emitted than with 4G.

"The second spectrum is brand new and runs from 28-GHz to 60-GHz. This is what is known as millimeter waves, which due to their physical nature behave differently than the lower frequency waves," explained Bressler. "These waves are used in a far more focused way and can transfer data at speeds 20 to 30 times faster than 4G. These are mainly useful today for transferring data between two base stations, or other “fixed wireless" usages where there is a need to transfer a massive amount of data very quickly."

"For example, if a user has subscribed to an AI service the network needs to know to connect him to a cloud edge service that ensures he will get the experience he is paying for in which timing is crucial," said Bressler. "The core network essentially enables the more sophisticated usages of the network like machine-to-machine communication and cloud edge services." 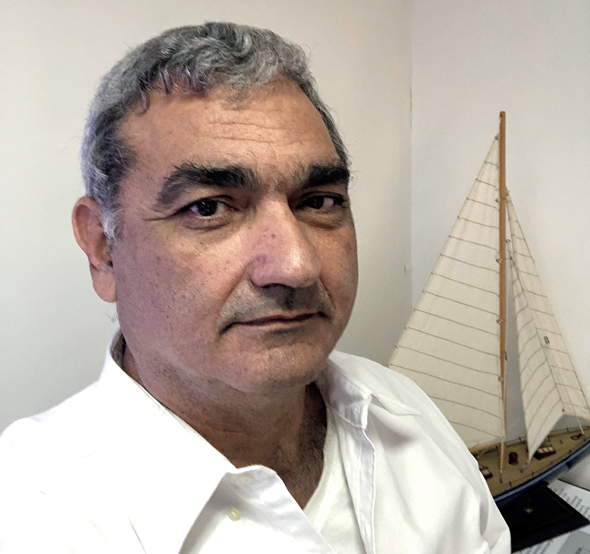 Hadad laughs off all the conspiracy theories and is convinced the world will come to realize the great promise of 5G. "Those who are scared of radiation should be saying 'stop using 1G, 2G, 3G and 4G and give me only 5G'," said Hadad. "5G radiates 10,000 times less when transferring the same data. On the other hand, we will be using more data with 5G. Nevertheless, even if we will be using 10 times more data, the radiation will still be 1,000 times less so there really is no reason to be scared. Our vision is that every subscriber will be able to reach 10 megabit a second at any given time, which is the equivalent of several thousand gigabytes a month. Privacy is far better with 5G. Cloud technology also took a major step forward and part of the tools included in 5G are key management, authentication, encryption, and more, which will make it very difficult to attack. 5G will also include machine learning tech that will increase cybersecurity. When I rave about 5G people can say that I'm doing it because I'm developing the technology and can profit from it. But the Ministry of Communication and Ministry of Health are those who need to show the public the models and explain the great potential of 5G."