U.S. or China: Who will end up winning the 5G Cold War?

This Cold War is not about advanced weaponry or the pursuit of noble causes like social ideology or conquering outer space. This time it is about the long and tedious battle over advanced telecommunication technology

Technology has always been a strategic factor in the clash of superpowers, both in terms of the threat to human life on the battlefield and in the race for cultural supremacy during the Cold War. Even now, when the world is in a state of relative peace, technology stands at the heart of the conflict between today’s two superpowers: The U.S. and China. This time though, it’s not about advanced weaponry or the pursuit of noble causes like social ideology or conquering outer space. This time it is about the long and tedious battle over advanced telecommunication technology—the deployment of the fifth generation of cellular networks (5G).

For the last several years, the U.S. and China have been engaged in a conflict, known in the media as the “trade war.” There is a lot of money at stake when it comes to trade agreements, control of trade routes and more generally in the management of raw material and product supply chains, therefore the ammunition that the sides are employing comes in the form of custom and import tariffs or sanctions and bans on products produced by the other side’s factories. The talks between the clashing countries, which have known ups and downs over the past three years, are currently at rock bottom and one of the most hotly contested battlefields is that of 5G technology, namely the U.S. attempt to prevent the use of China-made equipment in advanced cellular networks, and particularly that which is produced by the Chinese conglomerate Huawei.

Peak tensions were registered in May 2019, when the U.S. Commerce Department first announced it would prevent Huawei from acquiring semiconductors that are the direct product of U.S. technology or software. China, for its part, threatened to take measures against U.S. companies that it finds to be unreliable entities and place restrictions on brands like Apple or Boeing.

“The trade agreements between the two superpowers may not address the deployment of 5G infrastructure specifically or even address technological issues more generally, but both sides know that without reaching a solution on this issue, the war between them will continue,” said Dr. Doron Ella, a researcher at the University of Toronto.

“This is a war just like any other. At this point, both sides are struggling over who will set the international standards for the future of communications technology. Nowadays, because of the importance of the communications sector, cellular network infrastructure is vastly important with influence on additional and no less important data transfer methods, from military considerations to AI-powered data analysis. Until now, the U.S. enjoyed undisputed superiority. It was clear to everyone that they had to align to the U.S.’s standard,” said Ella. 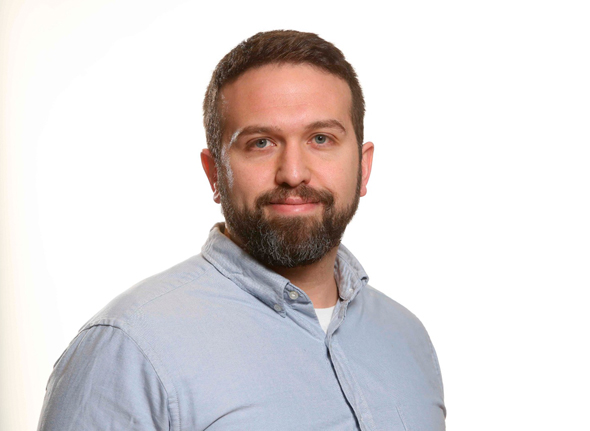 One of the levers the U.S. employs as part of its campaign to pressure its allies to avoid purchasing Chinese-made equipment is the security threat. Over the last few years, the Chinese have developed a reputation for being able to listen in on foreign militaries, store information about them, or initiate cyberattacks on communications infrastructure. The American approach states that the deployment of China-made antennas and communication equipment on western states’ soil will expose them, as well as the U.S. to various technological attacks or actions with negative consequences on human rights and privacy.

Senior American officials have repeatedly warned their European counterparts of the security risk involved in using Chinese-made communications equipment. American security delegations have exposed to their European counterparts evidence that allegedly links Huawei to the Chinese security apparatus and the communist party and even threatened to cut off intelligence cooperation with states that install Chinese communication infrastructure on their territory. In addition, an indictment was filed in the U.S. against Huawei for theft of intellectual property and for activity in Iran and North Korea, while bypassing U.S. sanctions.

While the intelligence agencies of many European states are also suspicious of the companies’ ties to the Chinese establishment that poses a cyber threat, most countries in the continent still see in China more of an opportunity than a risk. Though the intelligence agencies are fearful that a disproportionate reliance on Chinese companies will provide it with economic leverage over their countries, the EU economy is already largely reliant on China and the fear is that adopting any policy that’s seen as offensive towards China may bring about a painful countermeasure.

Hiddai Segev, a researcher specializing in China at the Israel-based Institute for National Security Studies says that the Chinese are making major efforts to infiltrate the European market and are not afraid to threaten countries like Germany and the U.K. with sanctions. Additionally, Huawei has established more than 20 R&D centers in 12 European countries, that mostly employ local workers, including launching an innovation center in London to promote technological cooperation with British companies in the 5G sector and sponsoring programmers in Ireland and the U.K. to develop apps for it.

“The competition is focused on four suppliers of fifth-generation infrastructure equipment,” explained Segev, “and they are doing everything they can to sign up cellular providers around the world. On the Chinese side, there is Huawei, which as of May has signed 91 contracts, and ZTE, considered Huawei’s younger sister, with 46 contracts. On the other side, we have the two European telecom giants Ericsson and Nokia, which have signed contracts with 93 and 73 providers respectively. There is a balance of terror between the Chinese side and the Western side, which is supported by the U.S.”

Similarly to all cold wars, the 5G battles are mostly over perception and amassing allies. That’s why, Segev claims, Huawei was able to recruit Russia, which enjoys butting heads with the U.S. to its side allowing its local cellular network providers to deploy Chinese infrastructure in Moscow. Segev predicts that despite globalization processes that the world in general and the communications industry, in particular, are going through, there is no avoiding a process of decoupling when it comes to controlling the 5G sector. “We will have a bi-polar world with two technologies controlled by two superpowers,” he said.

Israel has found itself in the middle of this clash of superpowers. On the one hand, it is the U.S.’s most loyal ally, while on the other hand it is moments away from deploying 5G infrastructure across the country and is trying to maintain its delicate relationship with the authorities in Beijing. According to Hebrew media reports, the U.S. ambassador to Israel has met with the minister of communications and asked him to prohibit the use of Chinese equipment for 5G, this despite the fact that the Israeli security agency would likely not permit their use anyways due to national security considerations.

Segev believes it is simply another tactic that the Americans are employing as part of their all out war with the Chinese. “The Americans require a formal announcement by the Israeli government so they can convince other countries to block the Chinese tech. Israel is considered a technological powerhouse and it appears the Americans think a public statement to that effect will add gravitas to their campaign,” he said.