In an interview with Calcalist, Dan Schulman outlines PayPal’s rise during the coronavirus outbreak and why he believes employee financial health is key to a company’s success

The coronavirus (Covid-19) crisis was nothing but good news for PayPal Holdings Inc. While millions of businesses around the world were crashing due to prolonged lockdowns, the online payment giant just grew and grew. Since the beginning of 2020, Paypal’s stock jumped by 40% and it is currently trading at a market capitalization of $189.3 billion on Nasdaq.

According to PayPal CEO and President Dan Schulman, the company has seen, in just the past few months, growth equivalent to two or even four years. “Covid-19 has somewhat dramatically accelerated the movement of all things from physical to digital,” he said in a video interview with Calcalist. 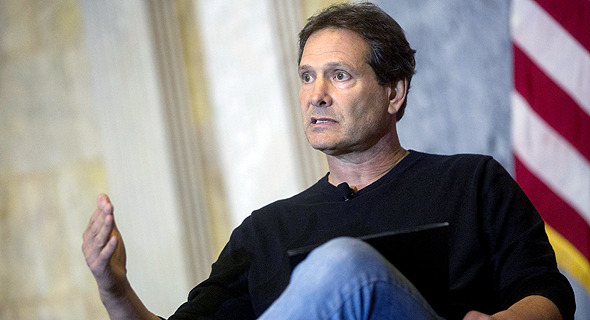 Schulman joined Paypal with a resume full of success stories, at the helm of companies including telecommunications giant AT&T, online travel agency Priceline.com LLC, Virgin Mobile USA, and credit card company American Express. When, in 2014, PayPal’s parent company, eBay decided to split into two separate public entities, Schulman was brought in to take the lead. In the first few years of the transition, the company was at a standstill but, then, Schulman went on an ambitious shopping spree to help it shake its image as the digital payment industry’s one-trick pony.

Still, nothing could have prepared PayPal for Covid-19. All of a sudden, the entire world was homebound and developed an itch for online shopping. As a result, in April, PayPal saw a 22% increase in processed payments year-over-year and on May 1 alone it broke this year’s Black Friday and Cyber Monday records. Throughout April, PayPal saw an average of 250,000 new users a day and by the end of the month, it had 360 million active user accounts. Schulman believes that the second quarter of 2020 will see between 15 million and 20 million new users. Do you think that in a couple of years we won’t use cash at all?

“A lot of people have been wrong predicting the death of cash, but I definitely feel we are going to see an acceleration in the demise of cash. We already see 60% of our users would prefer not to handle cash.”

PayPal now accounts for 60% of the digital payment market, but its competitors are multiplying and gaining strength, especially in the sub-sector of mobile payment apps. PayPal managed to significantly improve its stance in this sector with its 2013 acquisition of Braintree, the parent company of the most popular customer-to-customer payment transfer app Venmo, but is still facing competition from industry juggernauts including Amazon, Google, and Apple.

For online shopping, however, PayPal is still the most common payment method and is used by 78% of the 500 largest online retailers, according to an analysis conducted by research firm MoffettNathanson in late 2019. Amazon Pay is the second most popular service, available at 11% of the top 500 online retail sites, and Apple Pay is available in just 1% of them.

Not all payment processing companies enjoyed the same prosperity as PayPal did during the coronavirus era. Its main U.S. adversary Square Inc., for example, reported losses for the first quarter of 2020. PayPal itself suffered a significant blow due to the sudden drop in the tourism and mobility industries but compensated for it by increasing its presence in online shops. Aren’t you afraid of strong competitors taking a bite of your market share?

“It is an extraordinary large adjustable market that could be as large as $100 trillion, so there isn’t going to be one player that dominates this market, there are going to be quite a number of important players. PayPal is obviously a market leader, we have over 225 million users on our digital platform. Almost one in three online shoppers in Israel uses the PayPal platform, predominantly for cross border transactions, with the U.S. the U.K., and Germany being the top three markets.”

Out of 3.5 million Israelis shopping online, about 1 million have PayPal accounts. The number of new accounts in the country saw a surge in April, with the most popular transactions being for gardening equipment, baby supplies, dietary supplements, books, furniture, and toys. How does PayPal view Israel today, as a market or more as a research and development center?

“Both. It is an important market because Israelis are quite advanced in their use of technology and the amount of talent inside of Israel makes it a very attractive place for us to recruit from.”

While PayPal has hundreds of employees in Israel and it is its largest center outside the U.S., out of the nine companies it acquired since Schulman took the helm, just one—CyActive Security Ltd.—was Israeli. Do you have plans to acquire additional Israeli companies?

“I would never talk to you about that, but clearly, PayPal is emerging from this crisis as a very strong company, financially. We have been quite acquisitive over the years and there is no reason to think that we won’t continue to be if we find a company or a set of capabilities that might accelerate our time to market.”