The financial terms of the deal were not specified, but according to one person familiar with the matter who spoke to Calcalist on condition of anonymity, the sale price is estimated to be in the region of tens of millions of dollars

TAGS:
Canadian company LeddarTech Inc. announced Tuesday it has acquired Israeli automotive company VayaVision Sensing Ltd. The financial terms of the agreement were not specified, but according to one person familiar with the matter who spoke to Calcalist on condition of anonymity, the sale price is estimated to be in the region of tens of millions of dollars.

VayaVision, which is now a subsidiary of LeddarTech, was founded in 2016 by Nehmadi Youval and Ronny Cohen and employs over 30 people in Israel, all of whom will retain their positions following the sale. 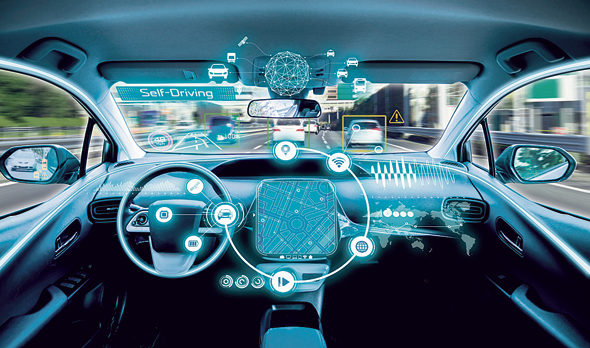 VayaVision develops a data processing system compatible with a variety of autonomous sensor systems, cameras, radars, and LiDAR. VayaVision’s system is designed to provide precise 3D imaging of a vehicle’s surroundings. According to its statement, the company provides its technology to leading players in the automotive industry addressing use cases from L2 to L5 ADAS (advanced driver assistance systems) and AD (autonomous driving). The VayaVision team is comprised of experts in the fields of machine and computer vision as well as deep neural networks.

"LeddarTech approached us because they wanted to expand their outlets," VayaVision co-founder and CEO Ronny Cohen told Calcalist. "Our technological synergy with them is excellent. We provide them with a significant shortcut and they give us the opportunity to expand our resources and staff as well as access to dozens of new clients," he added.

You managed to establish an international client base, why did you decide to sell the company?

"The automotive market is very complex and difficult and the problem that we are facing is also very complicated. All the companies in the sector understood that it would take longer and require more resources than they had initially thought. That means that one company can't do it all on its own and there has been a wave of consolidations over the past year. At this stage, it is clear that you need to join forces in order to succeed."

LeddarTech isn't a big company and is itself a startup. Why did you decide this was the right decision for you?

"This market is ultimately led mainly by tech companies rather than Tier 1 companies, and companies like ours will supply the technological seed for the industry. Mobileye also started as a startup.

"It is important to note that these aren't simple times for this industry," Cohen said. "We will certainly see a drought in funding rounds, as well as sales, and some companies will not survive this,” he added, predicting his company will overcome.

LeddarTech develops a scalable auto and mobility sensing system based on its LeddarEngine. The company has over 70 technologies, with either a patent granted or pending, enhancing ADAS and autonomous driving capabilities.

LeddarTech also serves the mobility market with solid-state LiDAR module technologies for autonomous shuttles, trucks, buses, delivery vehicles, and robotaxis. These modules are developed to support the mobility market but also to demonstrate the capabilities of LeddarTech’s auto and mobility platform as a basis for other LiDAR suppliers to build upon.

“The acquisition of VayaVision adds a vital building block by combining its sensor fusion perception technology with LeddarTech’s proven LeddarEngine platform,” Charles Boulanger, CEO of LeddarTech, said in a statement.

“The existing single sensor solutions in the market do not provide the performance, flexibility, scalability, and cost-effectiveness that the market needs for mass deployment,” Boulanger said. “Our LeddarEngine platform built on an open software architecture combined with VayaVision’s sensor fusion and perception enables LeddarTech to address customers’ need for sensing solutions that are hardware agnostic, scalable, and adaptable to any vehicle and sensor configuration.”