The big question now is what will happen if Intel falls in love with outsourcing and understands that its time as a manufacturer has come to an end?

TAGS:
Some 4,900 Intel employees at its Kiryat Gat factory woke up on Sunday morning with a weird sensation. Their secure workplace was shaken by a single sentence uttered last Thursday by Intel CEO Bob Swan, who said that "we're going to be pretty pragmatic about if and when we should be making stuff inside or making outside, and making sure that we have optionality to build internally, mix and match inside and outside, or go outside in its entirety if we need to." Swan's words blend well with the global trend set by competing chipmakers to focus on development and leave the manufacturing for others. The scenario in which the manufacturing at the Kiryat Gat factory in southern Israel is shifted to another facility is possible but probably isn't happening any time soon. Intel is talking mainly about using other manufacturers to back it up rather than let them seize control of the company's factories. The difficulty the company has faced in supplying chips on time brought it to the understanding that it must outsource some of the production, whether as a complementary or substitutional source. The big question now is what will happen if Intel falls in love with outsourcing and understands that its time as a manufacturer has come to an end? 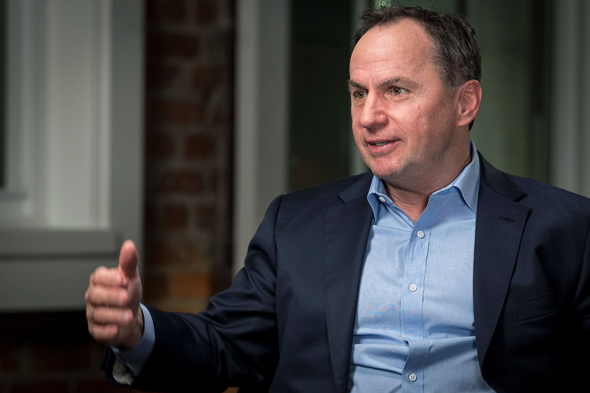 Such a realization could lead the company to make a decision to sell its entire manufacturing line to similar chip giants or private equity funds that would then create a massive manufacturing conglomerate with at least one guaranteed client in Intel. In such a case, the cloud that is currently barely hovering over Intel's Kiryat Gat company and 4,900 employees will significantly thicken and the uncertainty will be real and clear.

Intel's second-quarter report published on Thursday included an ominous announcement stating that the production of 7nm chips has been significantly delayed and will only hit the market in 2022 and not in 2021 as was planned, marking a delay of a year in the company’s roadmap. That was followed by Swan's words and the company's shares dropped 16% on Friday, its worst trading day in 20 years.

Intel, the largest private employer in Israel, with a total workforce of 13,750 in the country, is considered to be a manufacturing leader in the U.S. While its value dropped by $41 billion in one day, competing chip maker TSMC of Taiwan, added $33 billion to its value and the likes of AMD and Nvidia also experienced significant increases.

Related Stories:
Not all chip companies rely on self-production, with Nvidia and Qualcomm, for example, both using the services of TSMC. Intel's announcement that it will look into outsourcing manufacturing was directly connected to the need to reduce the delay in the launch of the 7nm chips. But this announcement comes on the back of an already challenging time for the company. Apple announced just a few months ago that it plans to use its own chips for its MacBook computers rather than Intel's. While that wasn't a significant financial blow for Intel, it certainly dealt a dent to its reputation. While Intel's quarterly report did include some good news, like an increase of 7% in the sale of chips for laptops and desktops as well as the upcoming launch of the 10nm chips, those were overshadowed by the bad news on the 7nm chips. Many analysts saw the delay as a sign of surrender by the company that was for years considered an industry leader. The 7 nm chips constitute the next generation in the field and the growing concern is that such a significant delay will create a gap that Intel will not be able to bridge.

Should Intel begin to outsource its manufacturing it could affect Israel. Intel currently makes its 10nm chip in Kiryat Gat, but the company’s new and much talked about factory currently under construction was believed to be meant for the manufacturing of the 7nm chips.Intel has not yet clarified whether outsourcing is intended to transfer full production lines abroad or only to strengthen existing production, but in any case, it is likely that plans in Israel will change accordingly.

Intel Israel without a manufacturing factory is just another R&D center like the ones Microsoft, Google, Apple, and any other tech giant has in the country. But the footprint created by Intel in the country goes far beyond an R&D center that employs mainly engineers and is based largely out of the center of the country, or maybe in Haifa. There is no R&D center in Kiryat Gan and a company that only focuses on advanced technological development is out of touch with the main population.

The scenario in which Intel no longer has a factory in Israel is very distant, and even if it does happen, is probably several years away. But should that materialize, Intel Israel will be very different. It would likely mean that the company's 4,900 workers in Kiryat Gan would become employees of TSMC or another company that sets its sights on Intel’s manufacturing facilities. The State of Israel has so far funded Intel Israel's factory in Kiryat Gat to the tune of billions of shekels and is also at the center of its ongoing significant expansion with backing of NIS 500 million ($146.5 million). It did so with guarantees from Intel that it will keep the factory in Kiryat Gat.