TAGS:
Since Sunday evening, following a turbulent election that concluded in massive protests and thousands of arrests, eastern European country Belarus has been suffering from a nation-wide connectivity blackout. Local and international media has placed the blame on the government as the country continues to experience constant cutoffs in its internet, cellular, and landline communication networks. Now, some Israeli tech companies with development centers in the country are finding it difficult to communicate with their employees.

According to various estimates, Israel exported thousands of jobs in recent years to countries where labor is cheaper. According to a December 2018 report by government investment arm the Israel Innovation Authority (IIA) and Tel Aviv-based non-profit organization Start-Up Nation Central (SNC), around 25% of Israeli tech companies employ developers outside the country to account for its talent crunch. 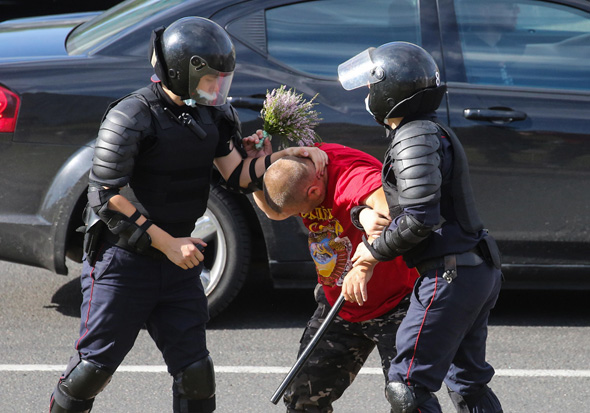 One of the most popular destinations for setting up a research and development center is Ukraine but Belarus is also home to several Israeli centers. Among the Israeli companies active in Belarus are online gaming company Playtika Ltd., instant messaging app Viber Media SARL, and Nasdaq-listed network and cloud security company Check Point Software Technologies Ltd.

Belarus has a population of 9.5 million and has been ruled since the fall of the Soviet Union in the early 1990s by President Alexander Lukashenko. In the election held last week, Lukashenko ran against Opposition Leader Svetlana Tikhanovskaya, who many saw as the bearer of change in the country.

On Sunday, the Belarusian authorities announced Lukashenko won 80% of votes, prompting outrage throughout the country. Massive protests throughout the land ensued reportedly leading to at least 20,000 arrests. In a desperate move, Lukashenko allegedly shut down the internet, in what The Guardian sees as an attempt to prevent protestors from communicating and coordinating their next move. Tikhanovskaya has since fled the country.

Eran Cohen, general manager of offshoring company Ciklum Services Ltd., which specializes in tech workers placement in eastern Europe, estimates that Israeli companies currently employ several hundred developers in Belarus. “Setting the political situation aside, the most troubling thing there right now is the internet cutoff,” Cohen told Calclaist. “It is a country where every few years there is a ‘pretend’ election but, in between, it is a quiet country with no crime, so business-wise, it is very convenient,” he said. “Now, there is trouble and clients are keeping us in the loop to find ways to circumvent the issues.”

In response to Calcalist’s request for comment, Viber stated: “Belarus is close to our hearts here in Viber. We have more than 120 employees and over 6 million active daily users in the country. We are very concerned about the situation in Belarus right now. Viber, like other services, was blocked in the country for several days but is now available again.

“The block naturally affected our users who could not contact family and friends and us as a company as we could not get in touch with our employees. Since its establishment in 2010, Viber has set out to connect people freely and securely from anywhere in the world and we consider the ability to communicate with anyone anywhere to be among the basic civil liberties.”