Is Intel primed for a bounce back with SuperFin and Israeli-developed Alder Lake?

Tech giant unveils the SuperFin, its name for a refined FinFET process that will sit at the heart of the Tiger Lake processor, and plan to launch Alder Lake, developed in Israel, in 2021

TAGS:
Has Intel found the remedy to overcome the disappointing delay in the manufacture of its 7nm chip? The tech giant unveiled on Thursday the SuperFin, its name for a refined FinFET process that brings Intel’s 10nm process ahead of its 14nm in terms of performance.

Intel also revealed during its 2020 Architecture Day that its new Tiger Lake laptop processors will be ready to launch next month. SuperFin sits at the heart of Tiger Lake, which will replace Ice Lake, the low-power CPU family that is integrated in Apple’s MacBook Air, among other devices.

Intel also announced that it's developing a new hybrid chip, codenamed "Alder Lake," for 2021. The "Alder Lake," which is the next generation of Tiger Lake, was developed in Intel's Israel offices. Intel is expecting Alder Lake to offer its best performance per watt ever. 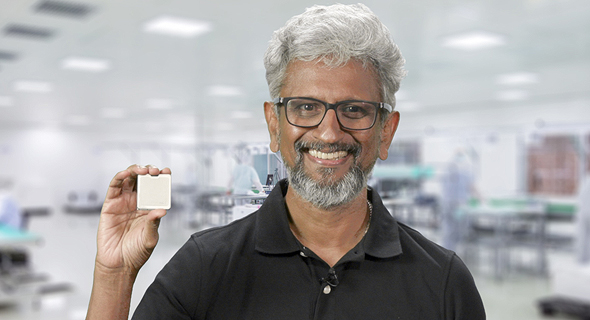 In addition, Intel revealed multiple versions of its Xe integrated and discrete graphics processors, the company's first gaming-specific graphics card, which is set to launch during 2021.

Less than three weeks ago, 4,900 Intel employees at its Kiryat Gat factory suddenly had their secure workplace shaken by a single sentence uttered by Intel CEO Bob Swan, who said that "we're going to be pretty pragmatic about if and when we should be making stuff inside or making outside, and making sure that we have optionality to build internally, mix and match inside and outside, or go outside in its entirety if we need to."

Swan's words, which came after he revealed the delay in the 7nm chips, blend well with the global trend set by competing chipmakers to focus on development and leave the manufacturing for others. However, the scenario in which the manufacturing at the Kiryat Gat factory in southern Israel is shifted to another facility seems unlikely to happen any time soon.

Intel's Raja Koduri, the company's chief architect, admitted on Thursday that the past couple of weeks haven't been easy for the company.

"The last few weeks, particularly for us inside, have been pretty hard reading what's written about us," Koduri told reporters, but claimed, "as engineers inside Intel we are more energized, more motivated, more excited about our future than ever."