TAGS:
Less than a year after it was signed, Israeli digital advertising platforms Taboola and Outbrain have canceled their merger.

A person familiar with the matter who spoke on condition of anonymity told Calcalist that the deal will not be completed after one of the companies asked to renegotiate some of the terms of the merger. Taboola had agreed last year to pay Outbrain shareholders $250 million for a 70% stake in the merged company, which was meant to be headed by Taboola founder and CEO Adam Singolda. However, with Taboola's funding from the banks expiring on August 23 and the company not managing to extend it, Taboola requested from Outbrain to make the deal a stock-for-stock merger.

Both Taboola and Outbrain were founded in 2006 in Tel Aviv and are today headquartered in New York. Had they merged, the joint company would have employed 2,250 people. 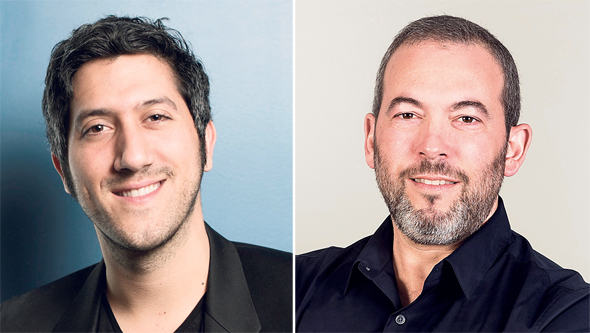 There is still a small chance that the two companies will return to the negotiating table, although they will also have to deal with the U.K.’s Competition and Markets Authority (CMA) decision last month to defer the approval of the merger.

In an issues statement published by the CMA at the beginning of August, the regulator stated that the case will be directed to an in-depth inquiry to thoroughly examine whether the merger will result in a substantial lessening of competition in the supply of content recommendation platform services to publishers in the U.K. The final decision is expected on December 23. The CMA document details the process the companies are expected to undergo in the coming months during which an authority panel of experts will meet with the parties to hear their remarks and gather evidence. Though the deal is being called a merger, in effect Taboola is acquiring the much smaller Outbrain. Both companies had been preparing for, and working vigorously towards, the merger—from making key personnel decisions to forming a shared technological roadmap to agreeing what parts will remain of each company and what will be left by the wayside. The merger between Taboola and Outbrain was cleared by the German competition authority in November 2019 and the U.S. Department of Justice closed its investigation in July. The Israeli Competition Authority’s investigation into the merger is ongoing. A negative answer from the U.K. competition watchdog would be a fatal blow to the companies, which went from being tough competitors to becoming close friends who know almost everything about each other and will find it very difficult to operate separately again. According to the CMA inquiry, the main concern for lessening competition is on the side of the publishers, who following the merger may find themselves dealing with a single central company, having found that “competition concerns do not arise on the advertiser side.” According to the CMA, there is a great deal of overlap between the two companies in content discovery and content recommendation software products, video streaming to websites, and native advertising. In addition, agreements signed by the two companies in the past constitute a barrier to the entry of other competitors into the field. The document also said it was examining Google's entry into the field in an increased manner via its Multiplex Ads tool, which could potentially contribute to future competition.