A report from cybersecurity firm Kaspersky explores the future of human augmentation - and with it, worrying questions surrounding regulation, cybersecurity, and class divisions

TAGS:
A new study by cybersecurity firm Kaspersky has revealed that 63% of humans would consider augmenting their bodies using technology, with 53% believing it would improve their way of life. Fieldwork for the study was conducted by Opinium Research who surveyed 14,500 people from 16 countries in Europe and North Africa.

“It’s important to talk about it now, have an insight about these technologies now, in order to actively drive its development,” said Marco Preuss, Director of Global Research & Analysis Team at Kaspersky. “We have so many novels and movies on this topic. It’s now on us to decide if we want to go in this direction.” 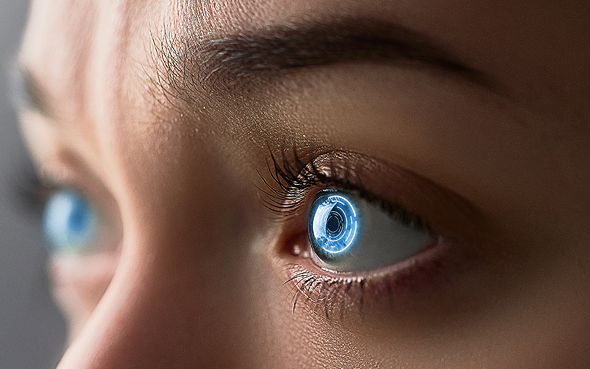 Eye Implant. Photo: Shutterstock
Among those surveyed, the main reason that people would want to augment their bodies with technology is to improve the quality of their life. This was followed by a choice to have the body they want, help reduce any suffering, and a general desire to better themselves. The qualities that people most wanted to enhance were brainpower, strength, and physical attraction to others. The study, titled ‘The Future of Human Augmentation 2020: Opportunity or Dangerous Dream’, aims to explore the potential of human augmentation for a positive contribution to the collective future of humanity - and assess the challenges society may face on that journey. Whereas augmentation can be as primitive as eyeglasses or basic hearing aids, the “road gets longer” as technology improves to encompass futuristic aspects like gene-editing young children or implanting chips into our brains to upload our memories into the internet.

“Countries which are economically poorer are more open for such augmentation in order to regain the idea of equality,” Preuss told CTech when discussing the findings. He highlighted how countries with strong economies, such as the U.K. and Germany, were more skeptical about human augmentation. This is almost directly contrasted by countries with weaker economies who showed more enthusiasm for augmenting their bodies - such as Morocco and Italy. Poor nations showed that they were more excited about improving their body or mind with the use of technology. 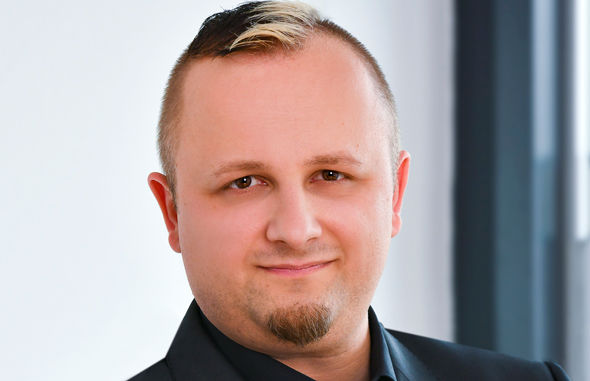 Marco Preuss. Photo: Kaspersky
Ironically, Preuss warned CTech that unless we find a way to control the development of human augmentation, then it will “definitely lead to an area where we have this split society,” he said. If those in richer economies have the possibility to enhance human qualities such as physical strength or intelligence, it will lead to a fractured society with one group significantly more abled and prosperous than the other.

“Look at our planes - you have first-class and economy class. This will be way bigger: it’s more like the difference between being in a plane and being on a wooden boat in the ocean.”

The ethical question around some people having the opportunity to enhance their bodies and not others already mirrors modern-day problems, such as access to adequate healthcare around the world. As we continue down this path of merging humans and machines, Preuss believes it will take more than just governmental regulation to make it an even and safe playing field.

“I think these are areas where it’s not just about the freedom of an individual but freedom of a society,” he said. “But it might not be wise to have just the politicians themselves define it.” He suggested that politicians, who generally aren’t familiar with technology or ethics, work alongside experts in their respective fields to establish a set of rules or boundaries. Finally, anything that’s connected to the internet has the possibility of getting hacked - and 88% of the report’s participants fear their bodies or minds could get hacked by cybercriminals. It’s imperative that measures are taken to protect those who expose themselves to being compromised. Today, it might be possible to kill someone by hacking and deactivating their pacemaker, but tomorrow it might be possible to hack into the memories of politicians or business leaders and exploit sensitive issues like state secrets or stock market predictions. The days of the Six Million Dollar Man Robocop might be a few years out, but the Kaspersky report highlighted serious considerations that need to be addressed today in setting the foundations of the future. Preuss remained optimistic when speaking with CTech (luck didn’t help that he was talking to someone from the U.K.), and he assured that human augmentation can still be a collective positive on the world. “The one thing humans have is this creative thinking, this creative mind,” he concluded. “Putting more focus on our strength and improving (our bodies), and also getting rid of weaknesses, could benefit mankind in the long run.” Kaspersky is a cybersecurity company that combines deep threat intelligence and security expertise to help protect businesses, infrastructures, governments, and consumers around the world. Its security solutions are used by 400 million users and the company has more than 270,000 corporate clients.