TAGS:
Two U.S. senators on Tuesday introduced legislation that aims to stop the sale of opioids and illicit drugs online by amending a key federal law that protects internet companies - the latest in a series of bills to go after tech's legal immunity.

The legislation, titled the 'See Something, Say Something Online Act' and proposed by Democratic Senator Joe Manchin and Republican Senator John Cornyn, requires internet platforms such as Facebook and Alphabet's Google to report suspicious activity online to law enforcement or be held liable for that failure. 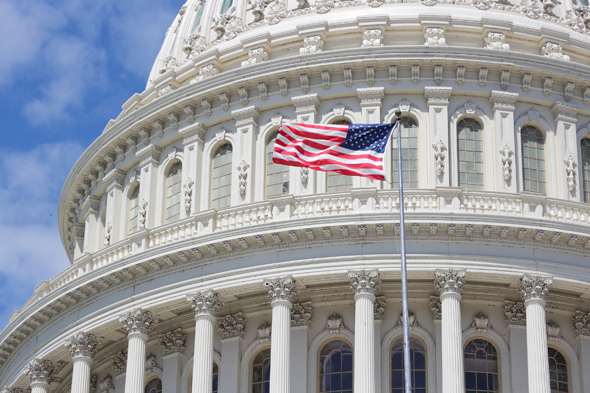 U.S Congress. Photo: Shutterstock
The bill adds to mounting calls to reform Section 230 of the 1996 Communications Decency Act, which protects internet companies from liability over content posted by users. A steadily increasing number of lawmakers have complained about Big Tech's content moderation decisions, and its legal immunity has come under severe scrutiny. "Each year, authorities seize enough fentanyl to kill every American four times over, much of it ordered over the internet and sent by mail from China," said Senator Manchin in a statement. "We must amend Section 230 to reflect the way the internet impacts our lives today,"

President Donald Trump has also made holding tech companies accountable for allegedly stifling conservative voices a theme of his administration. As a result, calls for a reform of Section 230 have been intensifying ahead of the elections, but there is little chance of approval by Congress this year.

In May, Trump signed an executive order that backed legislation to scrap or weaken Section 230. Last week, Trump met with nine Republican state attorneys general to discuss the fate of Section 230, and the Justice Department unveiled a legislative proposal aimed at reforming the same law.
Buzz