After months of pressure and scrutiny, it appears that social media platforms have finally decided to take anti-Semitism seriously

“We strongly condemn anti-Semitism, and hateful conduct has absolutely no place on our service,” said a Twitter spokesperson in a statement. “We also have a robust ‘glorification of violence’ policy in place and take action against content that glorifies or praises historical acts of violence and genocide, including the Holocaust.” 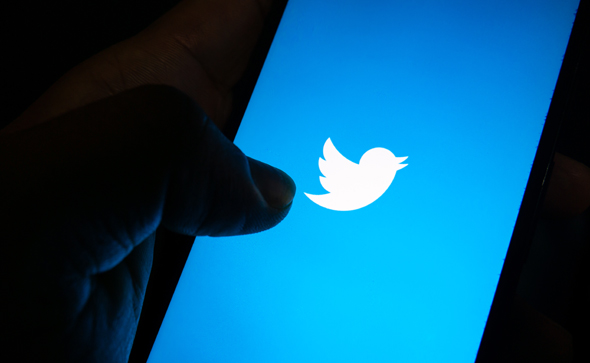 Photo: Shutterstock
The move comes after increasing pressure was placed on social media companies to address the rise in anti-Semitism on their platforms. Facebook, which publicly stated how it tries to “strike the right balance” between free speech and keeping people safe, ultimately banned Holocaust denial - but only after it was pressured to do so. In August, CTech examined a study from the Institute of Strategic Dialogue (ISD) that found instances where the term ‘HoloHoax’ was posted on social media. The term, which is used as a hashtag to question the validity of the Holocaust, was posted 19,000 times on Twitter, compared to 9,500 times on Youtube and 2,300 times on Reddit. Twitter has been long-known to be one of the more toxic social media platforms where misinformation and abuse can spread rapidly to its hundreds of millions of users. Questions of how much control they should have are constantly in question, particularly since Section 230 of the Communications Decency Act allows social media companies to identify as ‘platforms’ and not publishers - they are not technically accountable for what appears on their sites. Upon hearing the news, Rabbi Cooper from the Simon Wiesenthal Center told CTech it was a “significant victory as Twitter follows Facebook to ban Holocaust denial. The SWC hopes other social media giants will follow suit. Now, Twitter should boot genocide-seeking, terrorism-sponsoring Ayatollah Khamenei from Twitter’s multi-lingual platforms.”
Related Stories:

Twitter and Facebook are not the only platforms that have had problems surrounding how they tackle anti-Semitism and online extremism. Professor Gabriel Weimann, the author of ‘Spreading Hate on TikTok’, explained that “when fighting online incitement, hate, extremism or terrorism – one step or measure is not enough. The countermeasures should involve more than asking the operators to censor the contents.”

Professor Weimann has suggested that a combination of “several” measures are needed to reduce the anti-Semitism and other extremist activities online. These include active campaigns to counter the measures, enhanced education, and even creating joint ventures between the public sectors and the private sectors to help develop safer platforms. The move by these social media giants to finally address anti-Semitic posts comes after a rise in anti-Semitic attacks seen ‘in the real world’. In 2019, 53 synagogues and 28 community centers and schools were attacked. In 2020, Jews were partly blamed for creating or benefiting from the coronavirus pandemic. According to Bloomberg, almost 25% of Americans aged 18-39 thought the Holocaust was either exaggerated or a flat-out myth.
Buzz