Israel is ranked third in the world for tech, but can it hold its spot?

StartupBlink joins CTech to discuss how Israel, a small and young country with few friendly neighbors, became one of the most influential tech ecosystems in the world

TAGS:
Ecosystem ranking platform StartupBlink rated Israel as the third-best tech ecosystem in the world this year, behind only the U.S. and the U.K. It overtook Canada, which was third last year, and has steadily grown to become one of the most reputable and innovative nations in the world.

“When you break things down per capita, you see that the results of Israel are outstanding,” StartupBlink’s Eli David told CTech. As one of the founders of the platform, he has seen the ecosystem grow from a handful of startups to more than 60,000 companies around the world. Its interactive map can be crowdsourced by startups and they are also in partnership with organizations such as Crunchbase and the United Nations to fill in the gaps. “When you consider that Israel is on the list of countries below 10 million people, Israel’s achievements are absolutely impressive.” 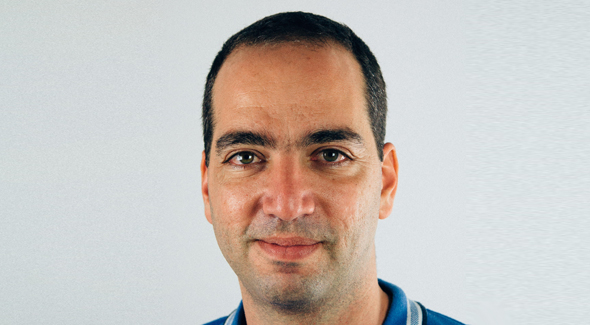 Eli David, CEO of StartupBlink. Photo: Eli David
Its 2020 report considers more than 30 different parameters, such as quantity, quality, number of unicorns and scale-ups, and general performance compared to the rest of the world. The results focus on the comparative analysis between cities and the countries, so even though some countries might rank high on a global scale, it also provides more regional insights on a local scale. David explains to CTech that there are only three Middle Eastern cities that reach the top 100 on the cities breakdown: Tel Aviv (7), Jerusalem (55), and Dubai (99), with the UAE ranking 43rd as a country overall. While the new normalization ties between Israel and the UAE are sure to benefit Arab countries who have access to Israeli tech and innovation, David predicts that Dubai can even rise to overtake Jerusalem, nearing Tel Aviv as a leader in the regional space. As these ties extend to Bahrain and Sudan and with more countries rumored to sign peace deals going forward, Tel Aviv and Israel will become somewhat of a ‘capital’ for tech ecosystems in the region - something Israelis might not be so familiar with. “Israel’s main strength is that no one ever accepted it into their club,” he told CTech, discussing how Israel grew to the powerhouse it became. “By definition, our market is too small and we’re isolated, so we had to go international and remain here while doing it.” David argues that as Israel was securing itself as a nation with harsh adversaries surrounding its borders, its people had no choice but to learn how to innovate locally and export its talent to larger markets overseas. “As soon as you’re part of a big group, with great power, that’s when you become lazy and inefficient.” There is one other aspect that helped Israel secure itself as a nation of innovation and security: its mandatory military service. StartupBlink offers consultancy advice for people who want their cities to emulate Israel’s success and their advice is simple: try going to war.
Related Stories:

“We see (the IDF) as one of the biggest accelerators in the world,” David said. “The ecosystem was not designed by the public sector... a lot of it was created chaotically and without preparation. The army played its part in that.”

Many of the most successful Israeli entrepreneurs in the world met each other while serving in the Israeli Defense Force. Its Unit 8200, which is often compared to the U.S.’s NSA, breeds founders for some of the most successful cybersecurity companies coming out of Israel. The army itself, while serving the public, feeds innovation for the private sector. Most importantly, it makes you “anti-fragile,” as David puts it, a quality which is imperative for survival in the startup world. The public sector in Israel has remained famously ‘hands-off’ when it comes to innovation in the private tech sector. Examples of this include micro-mobility companies like Bird transforming cities, and David admits that “the Israeli public sector should be congratulated for its hands-off approach so far… when you don’t understand something, sometimes you let it do its thing and it’s good. This is a mature and successful approach.” He contrasts the innovative approach of Israel and some U.S. states, like California and Arizona, with the endless bureaucracies seen in the EU. “There has been a crusade against startups in European countries because the governments didn’t understand them. They didn’t know how to tax them, they didn’t know what to do.” David even went so far as to describe it as a ‘persecution’ against innovation. Israel has overcome challenges and found unique solutions to propel it to one of the most successful tech startups in the world. A concoction of unwanted isolation, low regulations, a hands-off public sector, and impressive military have proven to be beneficial for now. But David warns Israel may face a ‘brain drain’ if it doesn’t make moves to become “more habitable at home.” He has witnessed, through his platform and other means, that Israelis are leaving Israel to set up shop in the U.S. or European countries - places where startup staples are more commonplace. Israel has managed to secure its rank and reputation and one of the leading tech ecosystems in the world, but it isn’t a surefire bet it can remain one. Without the public sector investing in proper fintech capabilities or infrastructure, it will soon lose its appeal as a comfortable and innovative place to run a company. “We’re seeing top Israeli entrepreneurs now going to the U.S. and Europe, being lured aggressively by governments that understand they need them,” David said. “If Israel will not offer them a better quality of life and ease of doing business, it will lose them. In 10 years it may be problematic,” he warned.