Andrei Brasoveanu, partner at the U.S. venture capital fund Accel, speaks about his investments in Israeli companies, says managers and investors should continue closing deals, even over Zoom

Andrei Brasoveanu first came to the United States when he was 18. “It was the first time that I had gotten on a plane,” he said. Brasoveanu, who was born and raised in Romania, came to the U.S. to pursue a degree in mathematics at Princeton University, and then received his MBA at Harvard. Ten years after that plane ride drastically altered the course of his life, he joined the American venture capital fund Accel, which manages investments in almost every corner of the globe.

Brasoveanu, 33, is a member of the fund’s European branch, which raised $575 million in investments in Israel and Europe in May 2019, and oversees a total of $3 billion. Accel has invested in several Israeli companies, making some impressive exits as well, including Demisto and Fivver. The fund is now focused on investing in early-stage Israeli companies, five of them were executed this year, and some have received funding during the coronavirus (Covid-19) pandemic. The most recent was in July in cyber company Ermetic Ltd. 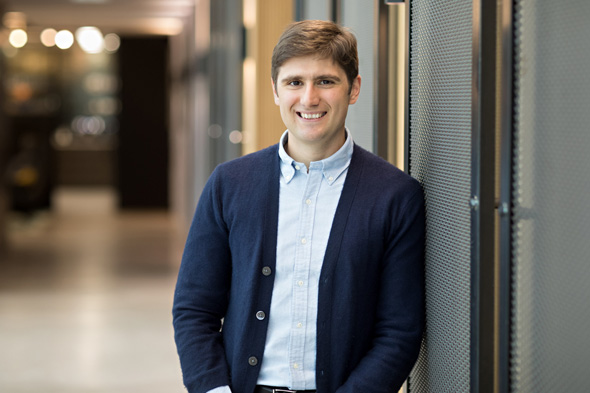 Since March, Brasoveanu has managed a majority of investment deals over Zoom, and admits that it is challenging, especially for a first time investment in a relatively young company. “We care more about signing off on a relationship with entrepreneurs, whether it’s a first round or a second growth round. We want to be the team’s partner for a long period, and do it well.” The fact that these are smaller investments, he adds, doesn’t make it any easier, in fact the opposite is true. “In early stage investments such as these, you don’t have KPIs (key performance indicators, HR) from external sources, or recommendations from clients or investors. You bet on the team, the market, and their vision.”

However, the new normal does have some advantages, Brasoveanu says. “Since we’re flying a lot less, we have more time to spend on meetings with entrepreneurs, and it’s very effective in the short term. The most important thing is building a relationship with the team and that’s very difficult; you need to make sure that you spend enough time with each member because sometimes you find that not everyone contributes equally.

“It’s also important to take time to form a personal relationship over Zoom, and sometimes that is challenging in a field where communication must be specific and designed for a particular purpose. We’re missing that walk to the kitchen to grab a coffee where you learn something new about the other person, so you need to deliberately make small talk.

“Another challenge is the matter of transparency, which gains new meaning with distance. When you’re far away, it’s easier to make assumptions when you don’t have all the facts, you can’t form a trustworthy relationship. That’s why now, it’s important to discuss things as much as possible. It makes conversations more meaningful, mainly because you’ll spend more time discussing strategy.”

In light of the coronavirus (Covid-19) pandemic, are you considering changing your strategy to minimize risks?

“We’ve been in business a long time, and our team is experienced. For almost 30 years, our strategy has been to keep changing, so in a way there isn’t any difference. Some of the best companies in our portfolio have emerged in times of crisis, and some have gone through ups and downs. It’s impossible to predict when the next big thing will happen, but we do want to be prepared. We have made new investments during this last period, we aren’t very aggressive but we aren’t waiting on the sidelines either.”

A small but mature industry

Brasoveanu, who invests in Israel and Europe, says that even though Israel is the youngest country in the Middle East, its industry is more mature than its European counterparts. “In Israel, we already have several generations of returning investors and employees who have worked at several companies, went through exits, and are now investing in other companies. Maybe London is getting there, but it isn’t at the same level as the rest of Europe.

“The Israeli ecosystem has unique experience in several fields, like in cybersecurity, DevOp, or software development for example. The caliber of the teams that we see here are at a technical level that is second to none, and many of the products made in Israel are leading-edge in the industry.”

But it isn’t only local entrepreneurs who give Israel an advantage, rather the fact that it is a small country, he says. “The advantage of the local market here is that Israeli entrepreneurs enter the international market very early on, since they must sell their product outside of Israel, in contrast to many large countries' founders who only market their product locally.”

Are there investments that you make and others choose to skip?

“Definitely. Recently, we've invested in companies in Australia, New Zealand, and Romania, and not only because we are more comfortable with their geography, it’s the type of entrepreneurs there. We love to back the underdog, we also like to be proactive and leave the office to meet people. We see the world differently. Before we make an investment, we do our homework on the team, market, and the customers - this allows us to zoom-in on the company. Later when we’re ready, we meet the entire team. We don’t want to be dependent on what the founders tell us about their company.”

Most partners in venture capital, especially larger funds, share a similar background. Do you think your different background gave you an advantage?

“That’s an interesting question. I had to change my surroundings at an early stage. I went through a lot, and it taught me to adapt and be open to new places, and try to understand them. So I probably have less ‘sins’ and I think that’s important for an investor in this constantly changing industry - you need to be open to new ideas.”