Logz.io study finds 56% of DevOps teams use cloud services for at least half their projects

Its DevOps Pulse 2020 study had a sample of more than 1,000 engineers, making it the largest survey in the company’s history

TAGS:
Cloud-native observability platform Logz.io Inc. has announced the results of its annual DevOps Pulse study and found that more people are relying on cloud services than ever before. According to the report, which asked 1,000 participants more than 40 questions, the cloud is dominating the way modern teams run their infrastructure, with many using a hybrid model.

This year’s survey focused on the rise of cloud-native technology, highlighting the increased adoption of technologies such as microservices, serverless, and Kubernetes. 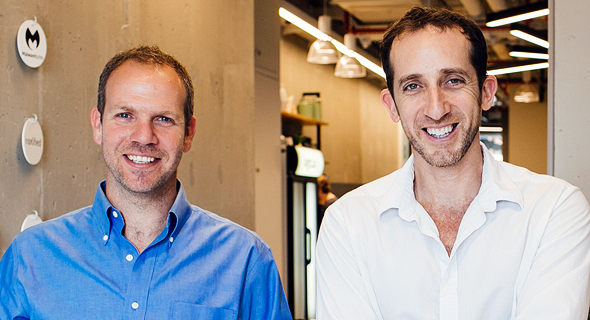 Logz.io co-founders Tomer Levy and Assaf Yigal. Photo: Fabiana Kocubey
Forty-two percent of respondents claim they store “75% or more” of their projects in the cloud, an 8% increase from 2019. Many organizations are still transitioning to cloud-native environments and the adoption of serverless technology has also increased - up 33% from last year.

“In this year’s DevOps Pulse survey we found that although cloud-native technologies are an increasingly essential part of modern architecture, they present many challenges related to monitoring and observability,” explained Jonah Kowall, CTO, Logz.io. “These technologies add layers of complexity that can inhibit an engineer’s ability to identify performance issues quickly… On the other hand, the major change we have seen this year is that open source, driven by the Cloud Native Computing Foundation and other community projects, are increasingly integrated into most cloud-native stacks. This presents a silver lining, as the new challenges are opportunities for innovation and creativity in the vibrant open-source observability community.”

Related Stories:
DevOps Pulse is an annual analysis of the key trends, points of interest, and challenges that face modern-day engineers. Starting in 2016, it has since grown in size and scope and 2020 marks the largest sample size in its history. As well as highlighting the rise of cloud-native technology and its benefits, the study also addressed the inevitable impact that the coronavirus (Covid-19) had on employees as they were forced to move from home. According to the report, it encouraged 40% of respondents to make new hires in different and new regions that they otherwise would not have considered pre-pandemic. In total, 40 questions were asked to more than 1,000 people. Thirty-five percent of respondents were developers and 86% of participants identified as male, with females making less than 10% of the survey. While the plurality of participants were located in the United States (34%), they were also in Western Europe, APAC, and Africa and the Middle East.