TAGS:
The Covid-19 pandemic is changing work patterns across the world. Israeli cybersecurity giant Check Point is responding to the challenge by reassessing its real estate plans and the way it operates in Israel and the world.

A source told Calcalist under the condition of anonymity that the first significant decision made by the company in that regard is to move to a hybrid working model that will see employees combine work from home with work from the office. At the moment, some 80% of the company's employees are working from home.

Check Point joins the likes of Liveperson which announced back in July that it has decided to completely shift its work procedures and adopt a full work from home (WFH) model until a vaccine to Covid-19 is found. Tech giants like Intel, Google and Microsoft have also already announced that their employees will continue to work from home deep into 2021, at the very least. Check Point's decision also has practical implications. The company currently holds 30,000 square meters of office space in its two main buildings - one of seven floors and another of 11 floors as well as a four-floor parking lot. In addition, the company also rents 3,000 square meters of offices at the Alon Towers. Check Point doesn't intend to extend its lease at the Alon Towers. The company also has 75 offices across the world that will be affected by the changes to working patterns. 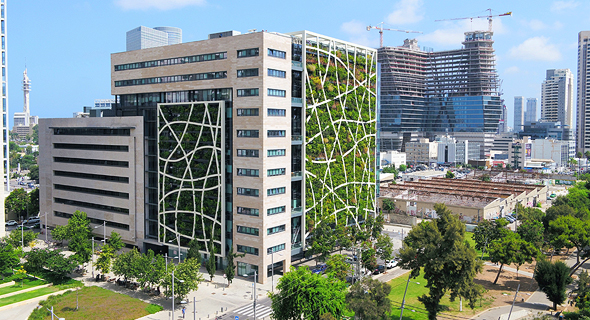 Check Point employs around 5,500 people globally, 2,400 of them in Israel. Its office blocks in Israel include an auditorium, visitors center, gym, a 'beach' floor that simulates the sea-shore, 20 ‘fun rooms,’ a dining room, and more. Since March of this year, employees have been able to select if they want to work from the office or from home, with 80% choosing to work from home.

"We are starting a pilot which will enable employees to combine work in the office with work from home in the most beneficial way possible," Nirit Schneider, Head of Purchasing and Facilities at Check Point, told Calcalist. "After the completion of the pilot we will be able to decide how workdays from home and from the office will look like and what future working arrangements will look like. Up until the pandemic the company operated only from offices, but because of Covid-19 99% of the employees moved to a work from home model within two weeks and currently 80% are operating from home. The company has done surveys that showed that the employees want to combine work from home with work from the office. From our assessments we are seeing that most employees would like a combination of at least two days in the office or at home." Check Point was searching prior to the pandemic for new office space, but that search has now ended. "This new decision completely changes our real estate approach. Real estate in the future will be flexible and accessible. I can see a situation in which a room that is being used today as an office for a manager, will be used the following day as a conference room. This will inevitably reduce the need for real estate. If in the past employees came into the office every day and conference rooms were used for meetings, now we will create a flexible environment that changes office space purpose on a daily basis and which will have an effect on our need for real estate. "We have three floors in the Alon Towers, regarding one of which we have notified that we will be leaving at the end of the year. We have long-term contracts for the two other floors and we have yet to make a decision about them. Most of our efforts will be focused on our buildings. We will stop looking for new real estate. The new situation makes the need for additional real estate redundant." 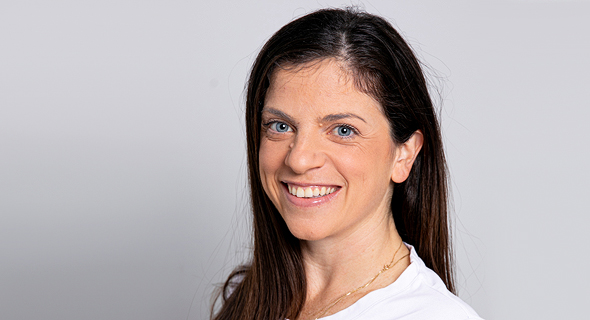 Nirit Schneider, Head of Purchasing and Facilities at Check Point. Photo: Ilan Sfira
As part of the change the company is undergoing, Check Point also launched on Sunday a competition between designers, architects and professionals from the sector to help it plan its future offices. "We are looking for the next idea, and it doesn't have to come from the known architect offices and we are opening it to everyone," said Schneider. "I'm not expecting a full plan but a concept that will provide a picture and vision of how future offices should look. This is supposed to be a flexible office that people don't come to every day and in which changes can be easily made and materials will be available and accessible. You don't have to be a top architect, but simply someone with an innovative idea which we would be happy to hear and share with the world." The winner of the competition will receive $15,000, with $5,000 going to second place and $2,500 to third place. "If the winner is a professional who can also implement the plan we will let him do it," added Schneider. "If it is someone who doesn't come from the sector or a student without means we will implement the plan ourselves. We will select winners in a month and we plan to begin implementing the plan in the next two-three months."

The Israeli cyber giant led by CEO Gil Shwed concluded the recent quarter with $509 million total revenue, slightly above the projected $504 million. Having reported $491 in revenues in the third quarter of 2019, it constitutes a 4% increase year over year.

The company’s Non-GAAP operating income was $231 million, representing 45% of total revenues for the quarter. Net income rose by 7% to $217 million.

Check Point expects revenues of $525-575 million in the fourth quarter, which is traditionally considered to be strong. "The world has yet to open up, the opposite is true. Only 16% of the workforce around the world is going into the office, compared to 20% in the previous quarter," said Shwed at the end of last month. "We are witnessing organizations suffering from the economic crisis, many of them are wary of carrying out upgrades, so as far as we’re concerned, the pandemic is hurting, not helping business. Europe is entering a major second wave, and the U.S. is still in the midst of the first one, on top of the elections. I hope that the virus’s impact on the cyber industry remains small, but the world economy is shifting. Naturally, like every other citizen of the world, we are concerned by the economic situation."
Buzz