New York-headquartered and Israeli-founded video creation and distribution company Kaltura Inc. is considering joining the list of Israeli tech companies planning an IPO in the first half of 2021. According to a source who spoke to Calcalist under the condition of anonymity, Kaltura is holding meetings with investment banks in order to prepare for an offering. Should the company's board decide to move forward with an IPO, the company will hire a big U.S. law firm to prepare its prospectus.

Israeli tech companies Monday.com and IronSource are both also in the process of launching an IPO in the first half of next year.

Kaltura had already considered embarking on an IPO in 2017 at a valuation of $1 billion. It ultimately decided against the move, which could also prove to be the case this time. However, according to estimates from market insiders and the gravity of the talks the company is holding, Kaltura is closer than ever to make the move, with Covid-19 paradoxically providing a boost and increasing Kaltura's value several fold since 2017. 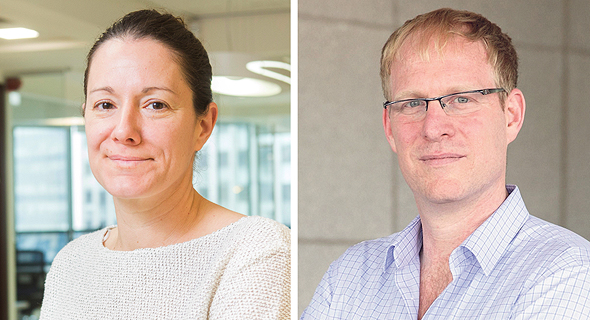 Kaltura founders Ron Yekutiel (right) and Michal Tsur. Photo: Amit Shaal and Tommy Harpaz
Kaltura's sales are estimated at between $120-$150 million a year, with the company's order book doubling in 2020. Founded in 2006 by Israeli entrepreneurs Ron Yekutiel and Michal Tsur, Kaltura develops and markets a video creation, management, and distribution service. The company’s list of clients includes Warner Bros. Entertainment Inc., HBO, and Intel. Kaltura employs approximately 500 people in several global offices including a research and development facility in Tel Aviv, and has raised more than $165 million to date from investors including Goldman Sachs, Intel Capital, and Nokia, according to Pitchbook data. Kaltura has acquired three companies to date, the last of which being New Jersey-based video collaboration startup Newrow in January of this year.
Recently Read