The team management company has reached out to investment banks to support the move, targeting the first half of 2021

TAGS:
Though many businesses were hard hit by the Covid-19 crisis, some tech companies flourished enjoying a spike in sales amid the outbreak.

One of the companies to come out on top was Israeli team management startup Monday.com Labs Ltd. The company is now preparing for a Nasdaq IPO in the first half of 2021 at a valuation of at least $3.5 billion to $4 billion, according to people familiar with the move who spoke to Calcalist on condition of anonymity. 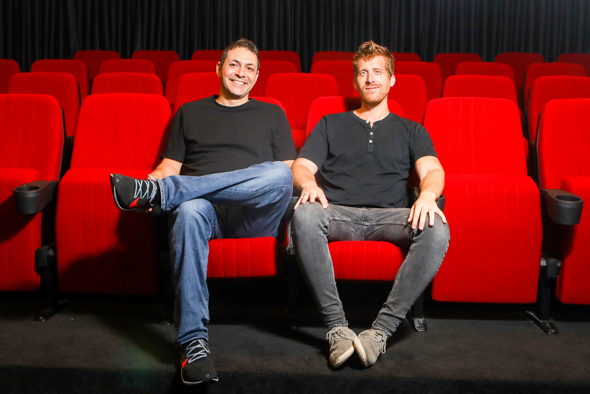 The company has already reached out to international investment banks to hold a series of meetings throughout November to try and push the issue forward. It’s board, however, has not reached a final decision regarding the move.

In May, Bloomberg reported that Monday.com’s valuation climbed to $2.7 billion, a 42% increase since its previous financing round in 2019. The May valuation was based on the sale of shares carried out by several of the company’s existing backers. The decision to go public was apparently made after the company’s earnings spiked, surpassing previous estimates.

Monday.com is expected to register revenues upwards of $200 million this year and has itself stated that revenues will reach $250 million. The company finished out 2019 with $120 million in revenues compared to $50 million in 2018. The company is also on an ongoing recruiting spree, aiming to increase its workforce from the current 600 employees to 700 by the end of the year.

Monday.com develops and markets a team management platform for organizations and businesses such as academic institutions, manufacturing companies, and the hospitality industry. The team management and productivity startup launched back in February Monday 2.0, a work operating system (work OS) that enables companies to build custom workflow apps in a matter of minutes. Monday's new operating system will include a marketplace, enabling developers to create and package apps, custom widgets, and workflows for use by their own organization or for commercial use by other organizations.

Eran Zinman, a co-founder and the company’s CTO, has said that the disruptions caused by the pandemic and work from home increased the significance of tools that help track different tasks and prevent communication issues.

Founded in 2012, Monday.com has raised $234 million to date, from investors including Sapphire Ventures, Hamilton Lane, HarbourVest Partners, Ion Asset Management, Vintage Investment Partners, Stripes Group, Insight Partners and Entrée Capital. According to the company, it has over 100,000 paying clients in around 200 business verticals. The company’s most recent funding round was in November 2019, when it raised $150 million at a valuation of $1.9 billion.

Even though the global economy is in a major crisis due to the pandemic, many tech companies have seen their stock prices surge over recent months. Israeli companies have been among those to take advantage of this, with JFrog going public at a valuation of $4 billion that almost doubled post-IPO. With this in mind, Monday.com may ultimately decide to target a higher valuation in the region of $5-6 billion.

Monday.com did all of this without leaving Tel Aviv, and that is no coincidence.

"We don't believe that a company needs to be split up between different locations. Roy and I spend a lot of time together, as does all our management here. Now, more than ever, it works well," Zinman told Calcalist back in April. "With the strange reality in which everyone is now working from home, all of a sudden the physical location isn't as significant. We believe in a view that says that the best thing for a company is that everyone is on the same page and are in constant communication."

Co-founder Roy Mann echoed the same sentiment. "From the start, we aimed to set up a big company that the vast majority of its employees would be based in Israel, and we didn't want to sell," Mann said. "In the meantime, it has mainly worked to our advantage. Even Wix.com Ltd., which was our first customer, chose to keep the company in Israel."

Zinman spoke of the significance of the company’s team management tools. "In the past, all these work tools were very inflexible and were meant to solve a certain problem," Zinman explained. "The overall attitude was that the user was the one who needs to adjust. But when the problem was solved, the tool became irrelevant. Monday democratized software development so that every client can develop what he needs."

Mann spoke of the advantages provided by the platform's resilience. "It suits a small company that installs doors as well as an airplane assembly line," he said. "This dynamism allows people to set up operations really quickly. We get a lot of inquiries from research centers and districts in the U.S. and throughout the world who are using the platform as they tackle the coronavirus (Covid-19) pandemic."

These approaches join those from companies across the globe who have moved to working from home and use Monday to coordinate and communicate. "Our customers told us that Monday has made working from home much smoother," Zinman said. "People spend a lot of time in meetings and on video applications like Zoom. That hurts productivity. The longer the crisis continues, people will find more efficient ways to communicate."