Today, images, songs, and even news articles are created by artificial intelligence. As these instances continue, legislative and ethical questions arise over their ownership

TAGS:
A few years ago, a British photographer named David Slater had his camera stolen by a monkey as he was traveling in Indonesia. For a few moments, she played around with the device and took a number of accidental selfies that Slater submitted, and consequently got published in Techdirt.

He eventually found himself in court arguing against PETA, People for the Ethical Treatment of Animals, who claimed that the animal should be assigned the copyright for the image. The U.S. court system ruled that the monkey is not an author within the meaning of the U.S. Copyright Act “because as the work of a non-human animal, it has no human author in whom copyright is vested.” 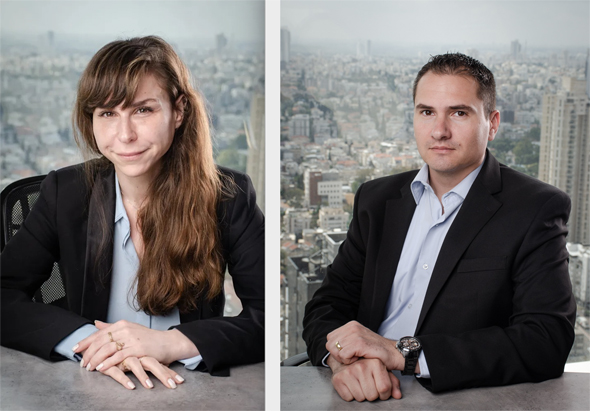 Aviva Shvidel and Avi Moreh. Photo: Raviv Shtein
The ruling would be one of the most consequential rulings in modern copyright history. “Under the classic definition, copyright laws are very romantic because they favor the creation and the creator,” said Aviva Shvidel, Advocate at Avi Moreh Law Firm, a Bnei Brak-based that specializes in commercial, litigation, and IP law. “When we look at computers we don’t see that romanticism. We won’t be able to say that about the next generation of AI. It receives information and creates. It does a form of artwork.” Today, humans are relying on AI to complete more and more tasks to make our lives easier. While most of these tasks were originally mechanical in nature, many are teetering into the creative. Computers are sketching our drawings and composing our songs; they’re writing our poetry and designing our homes. And yet according to U.S law, these creators will not have the rights to the work they produce.

The question of ownership to this content “is the main question that people need to answer in the next several years,” warned Shvidel. “Right now, there is no answer to that question. Not from a legislator’s perspective, nor from the courts. In the last 10 years, we see a bigger rise in using AI in the field of copyright.”

The legal world is famously slow to adapt, as the firm’s advocate and notary founder, Avi Moreh, can attest. Not only does copyright law need updating at the same pace as technology—a near-impossible feat—but each country needs to be as fast as its neighbors. “The first copyright act (in Israel) was in 1911, the next updated law was in 2007,” he told CTech. “In 13 years, we have developed new technologies we didn’t have then. The new updated system needs to be faster to be a response to the realities our lives have started to be.”

Even if a nation’s copyright laws are adjusted to account for AI, there’s no telling how each government (or its legal system) will define copyright. Shvidel told CTech about a January 2020 case in China where a court in Shenzhen ruled in favor of AI, citing that a computer-written article was protected by copyright law. For five years, Chinese-run Tencent has published content produced by an AI service called Dreamwriter that focuses on business and financial stories. When one of its stories appeared in another publication, the court ruled that the story had ‘certain originality’ and should therefore have copyright protection against plagiarism. “In the U.S. you can’t have copyrights for work not made by a human, in China it is accepted.” In Europe, copyright law “only applies to original works, and that originality must reflect the ‘author’s own intellectual creation,’” according to the World Intellectual Property Organization. “Right now, the only model we can look at and say ‘maybe they took it under consideration’ was the English law where they gave rights to the person who made the most contribution to the work made by the computer,” Shvidel clarifies. So, the U.S., UK, and China—three leading countries in the world of AI—all have different ideas on how to assign copyright and ownership. Shvidel and Moreh both agree that this form of legislation is unsustainable, particularly as the world gets more connected via the internet. “With the amount of copyright work we have access to, from any place on the planet, you can no longer rely on national laws. We need to protect work internationally,” said Shvidel. Laws need to catch up with the rising technological capabilities of AI. Intentions need to be clarified and connections between humans and robots need to be established to ensure the world aligns on who is responsible for what. “We will see some kind of determination between which human contributed to the copyrighted work. It will go hand in hand with the romantic notion of copyright,” predicted Shvidel.
Recently Read