Some applications, especially in optimization and quantum chemistry, will potentially be ready for implementation in the coming years. 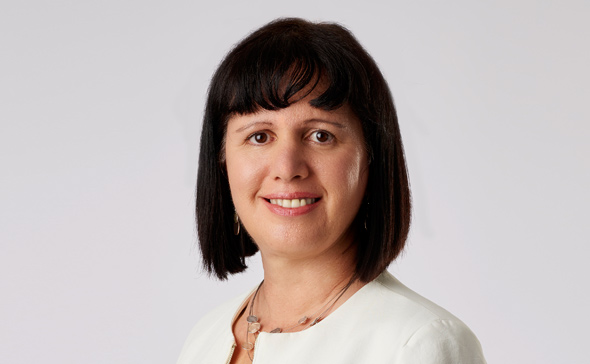 The impact of quantum computing

Quantum computers are not just more powerful supercomputers, they are a different type of technology that uses quantum phenomena such as superposition and entanglement to perform computation. Unlike regular computers, quantum computers can analyze exponentially large numbers of possibilities in a short period of time. This type of processing cannot be achieved by even the most powerful High Performance Computers, regardless of their parallelization level.

Quantum computing is therefore more than just a new technology or market—it holds the future for cybersecurity (e.g. making existing encryption technology obsolete); for medical science (e.g. enabling the simulation of new molecules for drug discovery); and for finance, logistics, defense, and weather predictions. Indeed, many field can be profoundly impacted by quantum computing. This is undoubtedly a new frontier in computing that could arguably be more important than the mobile revolution.

The recent breakthroughs in quantum computing technology have made it even more urgent. To illustrate this urgency, let’s look at data security. If today's encryption technology could become obsolete in just a few decades, one could record today's encrypted communications and decrypt everything in a few decades. This is just one example of why nations and corporations cannot afford to view this as just a "theoretical scientific experiment". And although quantum computing is considered to be a "moon shot", it is also a "winner takes all" game that one could ill afford to lose.

For this reason, there are already internal quantum computing teams in many enterprises, as Gartner listed in their report, such as banks - JP Morgan, Goldman Sachs, and Barclays; transportation – Boeing, Airbus, BMW, and VW; energy – ExxonMobil; pharma – Bayer and Roche; and chemicals – Merck, and more. Nations are also investing heavily in this strategic technology.

Where are we today in the quantum computing evolution?

Despite the recent exciting progress, we are still in the NISQ (Noisy Intermediate-Scale Quantum) era, where quantum computers with 50-100 qubits may be able to perform tasks that surpass the capabilities of today's classical digital computers, but noise in quantum gates will limit the size of quantum circuits that can be executed reliably. Despite these limitations, some applications, especially in optimization and quantum chemistry, will potentially be ready for implementation in the coming years.

The Quantum as a Service (QCaaS) model

Purchasing their own quantum computer is out of reach for most companies, as it requires large amounts of resources to operate and to maintain, and a quantum computer with a few qubits may cost millions of dollars. The only way for most enterprises to access quantum computing in the coming decade would be via Quantum as a Service (QCaaS), through cloud vendors that will provide access to multiple underlying quantum processor machines. AWS Braket, Microsoft Azure, and IBM are three leading vendors each offering solutions based on several technologies – superconducting, ion traps and more.

What does this mean for Israeli startups?

Although Israeli startups would find it difficult to build a quantum computer on their own, they can offer products and solutions in various levels of the quantum computing stack, in which they have an advantage or some kind of expertise. In addition, these products/solutions can be developed in a relatively short time. Israeli companies that have recently raised capital include:

In Israel, we have a vibrant independent quantum computing community, Qubit, which was initiated locally and operates worldwide by volunteers. The community set its goal to share knowledge in the field of quantum computing while promoting connections between the academic community and the industry and has organized during 2019-2020 several successful meetups covering deep knowledge and business applications of the field.

Samsung Catalyst Fund is actively participating in the field of quantum computing and has recently invested in IonQ, a US based company that is building ion-trap quantum machines, which offer a much higher gate fidelity and best in class performance. IonQ machines are already accessible through the cloud by AWS Braket and Microsoft Azure and they recently announced "the most powerful quantum computer featuring 32 perfect qubits with low gate errors.”

Samsung will continue to invest in this field and is currently exploring opportunities in Israel.