The tech market marches on, despite 2020 setbacks from Covid-19

TAGS:
The Covid-19 pandemic has made for a difficult year, but for investors and startups, 2021 is expected to be no less challenging than 2020 was thanks to several geopolitical shifts, said Adv. Guy Lachmann, Senior Partner at Pearl Cohen law firm. Hosting the growth investors panel at the exclusive Trends and Forecast for 2020-2021 VCs conference led by Pearl Cohen law firm and by Guy Katsovich and Yair Vardi, founders of the Fusion LA accelerator, Lachmann mentioned the U.S. presidential transition, Israeli political instability, Brexit, the still-simmering U.S.-China trade war, and the strengthening of other Asian powers such as Japan and their involvement in the Israeli landscape among such changes.

While pace-wise, StageOne Ventures’ early growth investment strategies haven’t changed much during 2020, they have definitely seen a decline in their incoming pipeline compared to previous years, said Managing Partner Tal Slobodkin. But while they have seen fewer total deals than in recent years, the deals that were signed were larger in dollar volume, he added. 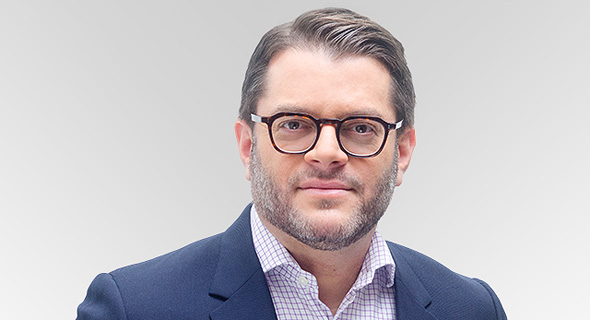 Adv. Guy Lachmann, Senior Partner at Pearl Cohen law firm. Photo: Tomer Jacobson
S Capital invested the same amount as it did in previous years, said Managing Partner Aya Peterburg. Though they were slow to invest during the first quarter, by mid-2020 they saw the pipeline was strong and much capital was still being made available. What has changed, she said, was the type of entrepreneurs that managed to raise money. “Reluctant entrepreneurs thought this was not the year for them, while strong entrepreneurs saw the opportunity and decided to go for it.” Amit Karp, Partner at Bessemer Venture Partners, also observed a changing trend in the number and scope of seed rounds in 2020, particularly in the third and fourth quarters. While the number of deals may have dropped, he said, seed rounds went from the $1 million-$2 million of past years to $4 million-$6 million. “And these rounds get done much quicker, it is much more competitive these days.”

This trend, Karp said, is probably going to continue and even intensify in 2021, at least in part because Covid-19 was the Doomsday scenario the market has been worrying about this past decade; but the pandemic ended up proving that the tech ecosystem was resilient enough to not just survive the crisis but flourish. “And there’s no other place to invest your money, because the rest of the economy is terrible, and the interest rates are still at zero,” he explained, “that will continue unless the interest rates changes or similar thing occur.” The various geopolitical challenges expected for 2021 are mostly not new, he said, and the market anticipates 2021 to be a good year for tech.

Slobodkin offered a slightly different perspective. The seed rounds are inflating because from a multi-year perspective all the deals are inflating and that capital eventually trickles down, he said. “It is very hard to forecast the future, but the music will end at one point, and the question is what is going to happen with a bunch of inflated companies in both late and early stages. We are trying to be very conservative as a fund, but we are also playing in a market and we want to get the good deals and do as much as we can.”

Regarding investment trends for 2021, Peterburg said that several sectors that were strong in 2020 due to changing circumstances could conceivably survive beyond the pandemic, among them anything related to remote employment such as connectivity, cyber, and cloud technologies. Karp agreed that for Israel, cyber is still a growing trend, as are infrastructure, dev-ops, data engineering, and analytics, but cautioned that new domains can blow up quickly, like what happened with payment technologies and insurtech. When it comes to early-stage investments, Slobodkin added, investors try to pinpoint areas that will stay relevant for the long run, not just areas that are being hyped now.