Worrying precedents being set by social media sanctions on Trump

In contrast to government interventions that limit speech, companies have the opportunity to be opaque, and provide no opportunity to appeal, which, given their pervasive cultural heft in our society, is a bit problematic, regardless of the law

TAGS:
Regardless of where you fall vis-à-vis the Trump Administration, you should be worried about the recent activities by YouTube, Facebook, Snapchat,

Shopify and Twitter, among others, regarding their blocking, suspending or removing of Donald Trump and associated accounts.

Freedom of speech is a right enshrined in many constitutions and charters of rights, however these rights are mostly limited to preventing governments from blocking speakers based on their content. For example, in the United States the Federal government, under the First Amendment, and the State governments under the 14th Amendment are prevented from unlawfully limiting speech. Private companies, however, do not have a similar obligation to grant anyone a platform. No one, yet, has the constitutional right to a Twitter account. However, in contrast to government interventions that limit speech, companies have the opportunity to be opaque, and provide no opportunity to appeal, which, given their pervasive cultural heft in our society, is a bit problematic, regardless of the law. 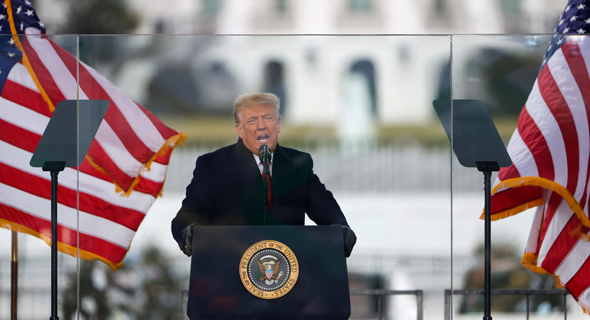 Donald Trump speaking at Capitol Hill protest. Photo: Getty
Some of the technology leaders in this space have acknowledge that they have outsized power to prevent and promote speech. For example, Matthew Prince, CEO of Cloudflare who has kicked off companies such as 8chan and The Daily Stormer from his internet service that provides essential cyber protection for websites, effectively forcing the companies off the internet, acknowledged that regardless of how despicable those sites are, “No one should have that power” that he wields unilaterally. Adam Mosseri, the head of the Facebook-owned Instagram openly admitted that their policies, while perhaps striving to be apolitical, are not neutral. Optimally, the industry should have its own set of rules and frameworks to police itself properly and neutrally, especially as the political or social whims of CEOs who effectively have near monopolistic holds on various aspects of the internet could dictate who ultimately has an online voice.  Rules and regulations here are important, as private companies can not be relied upon to always do the right thing. We should not be lulled into thinking that these companies acted to remove Donald Trump upon moral obligations, regardless as to how CEOs from Facebook or Twitter presented their decisions. To wit, they have allowed all the activity that last week so enraged America for years, even hosting groups that were clearly involved in planning the recent march on the U.S. Capitol. And, the tweets that supposedly got Donald Trump ultimately banned were relatively tame by comparison to both past tweets of Trump and many other heads of state. In reality, it was likely a cold business decision. Twitter, Facebook and others are large corporations that follow what is best for their bottom line, and that bottom line was clearly fattened by Trump's presidency. For the last five years, people worldwide have massed to social media to let the world know exactly how they felt about Donald Trump and his policies. Now in his waning days, these companies likely made the cold calculation that their profits were better served by dumping Trump, and, importantly, unlikely to be harmed politically by those actions. The companies may have also acted due to the fear of losing advertising revenue, angering their own employees at Facebook or Twitter or even from being boycotted.

Moreover, as the Democrats take over both the legislature and the executive, the recent actions to censor Trump may actually also be designed to curry favor with the newly empowered Democrats, especially as the all-important Section 230 of the Communications Decency Act which until now shielded those internet platforms from getting in trouble for Trumps tweets, is again reconsidered. Consider that both President Elect Joe Biden and the Speaker of the House Nancy Pelosi have expressed interest in rethinking the extent of the law. The internet platforms would prefer that they don’t.

The one political reprieve for Section 230 this year has been that the outgoing FCC chairman Ajit Pai has officially sworn off any attempt to change 230 before he leaves office. 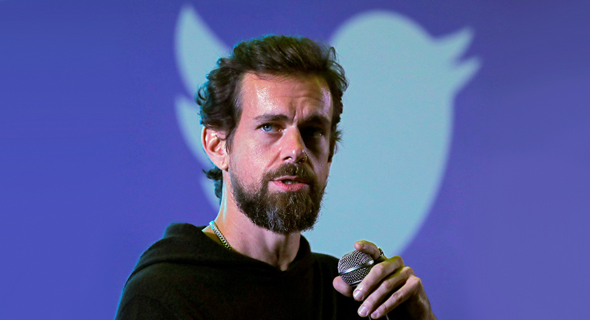 Twitter CEO Jack Dorsey. Photo: Reuters
There could also be another legal reason for the banning of Donald Trump. Section 230 has exceptions to the broad exemptions that it grants, including violations of copyright laws (although here the DMCA does provide some cover) and violations of federal criminal laws. If, in the unlikely scenario that Trump can be found guilty of incitement under the narrow legal definition and associated test, --requiring intent to likely spur imminent lawlessness-- devised by the Supreme Court in their 1969 Brandenburg v. Ohio decision, then the internet platforms could be held legally responsible for providing a platform for, and even enabling incitement to violence. While the Democrats may ultimately decide regardless of this week's actions on Trump, to alter Section 230, they will likely find support across the aisle. There has been a bipartisan consensus that Section 230 needs to be revised for some time. Even Donald Trump has been anti Section 230, although it allowed him to speak his mind, most of the time, online. To recap, Section 230 was initially developed in the early days of the internet and was specifically designed for platforms that, in contrast to a publisher of say a newspaper or magazine, could not feasibly control all the content that was dumped on their sites.

Harvard Law Professor Alan Dershowitz suggested that those halcyon days of the internet are gone. Back then internet platforms were supposed to be like taxis, picking up everyone without regard for their politics. That doesn't seem to be the case, regardless if you are from the political right or left. Arguably, AirBnB sort of took this taxi tact when they announced that they were cancelling all Washington DC bookings for the week of the Biden inauguration. This decision is applied indiscriminately, regardless as to whether users were coming to support or protest Biden.

However, according to Dershowitz, the recent targeting of radical right wing groups in general, and Donald Trump in particular by internet platforms, has effectively shown that the platforms do act as censoring publishers and ought not gain from the protections granted by Section 230: "once you act as a publisher, you’re a publisher. You know what it means — I mean, you are a publisher: You can be sued because you’re a publisher." Both sides in the current debate on Trump and his deplatforming accuse the other as being hypocritical. The Right points to the subtle if not outright support by Democrats of the rioting during the Black Lives Matter protests of last year. Granted that while that purported support is debatable if not refuted outright, when many Democrats ultimately came out against the violence and looting, it seemed a bit too politically motivated rather than morally motivated.

The Left on the other hand, accuses the Right of being hypocritical, as they had overwhelmingly supported the US Supreme Court 2018 ruling (Masterpiece Cakeshop v. Colo. Civil Rights) in favor of the small business owned by Jack Phillips, a devout Christian who refused to make a cake for a gay wedding because of his religious opposition to their union. Even though in actuality it was decided on much narrower grounds, the pollical right supported it, as it seemed argue in favor of prevent the government's ability to impinge on the rights of businesses to make their own discretionary decisions; Philips offered to sell them whatever premade item they wanted, but would not go out of his way to make them a bespoke cake.

Here too, it is an unfair comparison, as there were numerous other bakeries for the wedding couple to consider, Twitter and Facebook are effectively monopolies, although they still have Telegram and Signal.

Twitter and Facebook and similar internet companies are so monopolistic that some have even compared them to other monopolistic common carriers or privately owned public utilities, like the phone company, gas company, electric company or even broadband internet provides (albeit mostly under the now repealed Net Neutrality laws) that cannot discriminate against who they will or will not provide service to.

This slippery slope that Twitter, Facebook and their peers have climbed onto is not only in social media. For example, while many argue against the use of facial recognition technology in the practice of policing, particularly as it has been shown to be less than accurate within some demographics, the technology has supposedly been used by police forces, and possibly the FBI in identifying the individuals who breached the Capitol last week.

Those who typically were against the use of facial recognition technology are also those who would likely support its use now for identifying and prosecuting individuals in the many social media pictures taken last week in the Capitol. This is a wrong-headed move as once implemented and supported, the government likely cannot legally discriminate as to which riots it will use facial recognition technology to identify perpetrators, and on which it will not.

Similarly, the impeachment Trump for "incitement of insurrection" could also backfire, especially if the Senate convicts. In potentially expanding the legal definition of what is incitement, by including Trumps meandering January 6th speech, many people could find the online speech, matching the now pervasive hyperbolic tone of social-media, to also be inciting. The internet platforms should also be cognizant of this, given that they kicked Trump off for similar reasons, they could find that much of the speech that they still allow on their sites to be potentially outside the Section 230 safe harbor. Whatever anyone does as a result of all of this aforementioned upheaval please don’t succumb to violence because of my words here.