Avanan joined CTech for its IL Tech in NY series, in collaboration with Israeli Mapped in NY, to discuss the main differences to look for in a company - and it’s nothing to do with country of origin

“This question sounds a little outdated,” answered Avanan when asked by CTech about some of the biggest cultural differences between New York and Israel. “I believe that at this point, all Israeli tech employees have worked with counterparts from around the world, and U.S. colleagues in particular, and most American employees in the field of cybersecurity have worked with Israeli companies and Israeli colleagues.”

In a world that is more connected online than ever before, differences that arise within companies - be it cultural or otherwise - no longer relate to demographics but instead the individual differences that make us all unique. “The differences between specific people, or between different roles in the organization - like sales vs developers - are more noticeable than any generalization that is based on their country of origin,” Avanan explained. 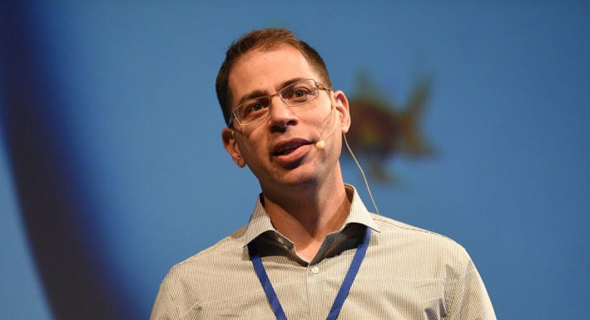 Avanan CEO and Co-Founder Gil Friedrich. Credit: PR
The cybersecurity company has joined CTech for its IL Tech in NY series to outline just how Americans and Israelis have more in common than they may think. Company name: Avanan Field of activity/product: Cybersecurity Founders: Gil Friedrich, Roy Rotem, Avi Zelovich, Michael Landewe Year of founding/start of New York operations: 2015 Number of employees and whether the company is active in other locations: 100 employees, main offices in Tel-Aviv, New York, and Reston (Virginia). Sum of total funding to date/funding rounds completed: $42M in three rounds of funding Names of investors/VC backers: StageOne, Magma, and Greenfield. General background on the founders/senior managers: All the co-founders met at ForeScout. At the time, we started hearing from customers how their collaboration and communication, whether email, chat or file-sharing, was rapidly moving to SaaS-based services, and they were sharing their new security challenges to keep their users and data safe. Choosing New York was coincidental initially as two of our founders were already living in New York so starting R&D in Tel Aviv and Sales/Marketing in New-York was a natural choice. Background on the product/service/platform/solution: Avanan helps organizations secure their most attacked applications — their cloud email and collaboration platforms. With 3,000 paying customers, Avanan is one of the fastest-growing IT Security startups, leveraging novel machine learning technologies to block the most sophisticated hackers. Why New York? What advantages does it offer? How does the market differ from Israel? How does the competition differ? For Israeli companies with R&D in Israel, New York is the ideal choice. Unlike the West Coast, there’s enough overlap in office hours to make for a great collaboration. Flights to Israel are extremely frequent, probably better than any other U.S. city, and New York City specifically will make Israelis feel more at home away from home than any other city outside of Israel. New York after Covid-19 and its aftermath will probably be a different city. In the U.S, much more than in Israel, many have left the metro areas for remote suburbs and probably more so in New York and San Francisco/Silicon Valley. It’s hard to see that phenomena reverse quickly. So, my recommendation would be to plan the team for a remote or hybrid setup, to avoid renting offices in the city or to commit to long leases, and instead prefer shared spaces in accessible hubs where people can come in once or twice a week. On a scale of 1-10, how much did the Covid pandemic impact your work? I’m a little hesitant to say this because I know that for many businesses Covid-19 has a very negative impact, but for Avanan it was actually a positive. We did see some customers reduce staff, which in turn reduced our revenue, and in some cases, unfortunately, few customers went bankrupt, but on the other hand, accelerated digitization and increased hacking activity both contributed to much higher demand for our solution and we’ve seen very strong growth in 2020.
Related Stories:

To do sales and marketing from remote also proved advantageous for us as a smaller company that competes with much larger companies. First, our competitors lost some of the benefits of having local teams. Second, with no tradeshows and massive marketing dollars, cost-effective digital marketing also eliminated a lot of the advantages larger companies had. And of course, from a cost perspective, spending less on travel and on expensive trade shows made it a great year from a cash-flow perspective.

The one area that I think suffered is R&D, especially in Israel. Because, in general, most Israelis live in smaller city apartments, those that had to work from home with children, found that experience challenging. Also, much of the R&D work revolves around teamwork and whiteboard brainstorming sessions. This is something we are missing, and so to get R&D back to working from the office is something we’re looking forward to. What are the differences when it comes to recruiting employees? Hiring talent is always hard no matter where you are, but it is a little easier in New York than it is in Tel Aviv, and in general U.S. employees are less expensive for a similar job/experience. The majority of our R&D is in Israel but we also have a team in New York and having the ability to hire in both locations gives us a lot of flexibility as we grow the team. What are some of the workplace culture differences between Israel and New York? In all honesty, this question sounds a little outdated. I believe that at this point, all Israeli tech employees have worked with counterparts from around the world, and U.S. colleagues in particular, and most American employees in the field of cybersecurity have worked with Israeli companies and Israeli colleagues. So the differences between specific people, or between different roles in the organization - like sales vs developers - are more noticeable than any generalization that is based on their country of origin.

The IL Tech in NY project is a collaboration between CTech and Israeli Mapped in NY. For more information: Franklin@IsraeliMappedinNY.com

Siemplify: “The U.S. market is the holy grail for Israeli tech startups”