Innovation in the aftermath of Covid-19: necessity is the mother of invention

The manufacture of millions of swabs in a short period of time, robots that help communicate with patients, and improved face masks for protection against the Coronavirus. These are the success stories of three Israeli industrial companies that identified the opportunity and, together with the support of the Israel Innovation Authority, developed innovative solutions for the challenges posed by Covid-19

At the very beginning of the Coronavirus pandemic outbreak in Israel, the Innovation Authority identified several immediate challenges that the country would need to find a solution for in order to contend with the virus. First, the shortage of medical products such as swabs needed for the Covid-19 test kits. These swabs are not produced in Israel and are difficult to obtain in a time of increasing global demand. The second challenge is the continued disruption of the supply chain due to the impaired import of raw materials that are only manufactured abroad and used by Israeli factories. A disruption in supply leads to a situation in which the industry can no longer continue operation and production. The third challenge, also related to the cessation of imports, is a national shortage of medications, baby food, and other basic products, some of which are produced overseas. 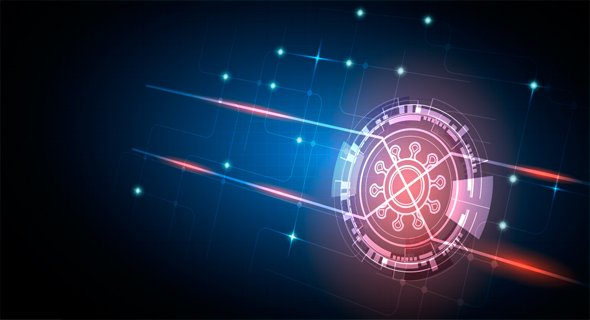 Three Israeli companies with the support of the IIA developed solutions for the challenges posed by Covid-19. Photo: Shutterstock
An innovative and creative approach has transformed these challenges into an opportunity for rapid growth for industrial companies in Israel. Following the Corona crisis, some companies have seized the opportunity and accelerated pilots for the development of advanced technological products. The Innovation Authority did not stand by idly during this period and was quick to offer support programs and financial grants to Israeli companies interested in joining the effort to confront these challenges. "With the outbreak of the pandemic, the Authority understood the potential for possible damage to local industry and with it, the new opportunities which had been created," says Ronit Eshel, Director of Strategy in the Innovation Authority's Advanced Manufacturing Division. "The State of Israel needed local production of medical products and basic consumer products. Companies that succeed in manufacturing the required products in a short period of time will fill their production capacity and safely navigate the crisis. We, therefore, published calls for proposals to companies to turn the crisis into opportunity and initiated contact with large numbers of industrialists. We were happy to find a positive and quick response to our call to advance technological developments that meet today's pressing needs. Within just one month, 75 factories submitted requests to develop a product or a process that will help cope with the crisis." Israeli swabs The shortage of swabs that constitute an integral part of the Covid-19 test kits was one of the first challenges identified with the outbreak of the pandemic in Israel. The parties responsible for procurement in the Ministry of Health and on the relevant Ministry of Defense committee approached the relevant companies to manufacture the kits' missing items. One of these companies was 3BY – a company located in the Tefen Industrial Park – that manufactures medical devices. The company accepted the challenge, identified the opportunity in manufacturing the swabs, and initiated a process of rapid development and production. Within three months, 3BY had progressed to producing millions of swabs. The company, which until then manufactured medical products using injection technologies, is led by Alejandro Wolanski, the CEO, and Rafi Alchek, its VP Operations. "In March 2020, we received a call from the Ministry of Health and the National Security Council to help with the creation of the famous swabs for Coronavirus test kits. Until then, the swabs had been imported from overseas because not a single Israeli company produced them locally," Wolanski explains. "Thanks to our expertise and production capabilities that were suitable for manufacturing the swabs, we entered into a joint development project together with the Ministry of Health and the IDF Technology Corps. We then responded to a call for proposals published by the Innovation Authority and submitted a plan for producing the swabs in Israel, with help from England. Our proposal was accepted and in less than a month we established an automated production line that supplies 60 thousand swab kits every day." Long-standing proficiency with new development processes The 3BY leaders' first encounter with the swab required for the test was only as they were beginning the project. "Within five days we successfully developed a mold for producing the plastic swab stick. The complicated part was how to attach absorbent material, made from either nylon or Dacron fibers of exactly the right size to the head of the swab stick. This material must be able to absorb the correct level of a collected specimen. We achieved this by a process from the textile industry called flocking. Tests conducted by the Ministry of Health on confirmed Coronavirus patients revealed that our swab is high-quality and efficient, and we received the necessary approval to proceed with the manufacturing," Wolanski describes. Wolanski and Alchek explain that the company's innovation and development was achieved specifically during the pandemic because of its success in developing innovative processes and connecting them to production capabilities from the plastic industry. "We adapted in record time to produce the swabs and this more than filled our production capacity." 3BY is located in the scenic and green Tefen Industrial Park that provides employment for many families from Karmiel, Ma'alot, Nahariya, and the surrounding Druze villages. "I joined the industry following my IDF service in 1988, and I've been here ever since," Alchek explains. "In one of the factories, I stood next to Stef Wertheimer who imbued us with a spirit of Zionism that has remained with me ever since. It's important for me to pass down these values to the next generation and I'm always happy to employ young workers from the local area. Our goal now is to keep developing – to introduce new technologies, integrate robotics and computerized optic systems in quality control, and to create additional jobs for the local population."

An autonomous robot that helps the doctor and patient

The article was written in collaboration with the Israel Innovation Authority, responsible for the country’s innovation policy. Its role is to nurture and develop Israeli innovation resources, while creating and strengthening the infrastructure and framework needed to support the entire knowledge industry.