TAGS:
"The goal of the Israel Innovation Authority's Advanced Manufacturing Division is to promote Israeli industry via the development of an international level of quality for advanced products and production processes. Medibrane and Hanita Lenses are examples of how the Israeli manufacturing industry is navigating new markets that require highly advanced technologies and products that are functionally distinct and offer added value vis-à-vis their international competitors," says Aharon Aharon, CEO of the Innovation Authority.

The development of advanced manufacturing technologies is a lengthy process that usually ends with a new and innovative product. In the case of Medibrane – a company that supplies services in the field of polymeric coverings for medical stents and braids (stents that are composed of meshes) – the innovation is not expressed in the invention of a new covering device but rather, specifically, in advanced and efficient technologies related to the fabrication methods. Medibrane chose to develop these technologies in order to contend with the competition and to stand out in the global market. The company was founded in 2015 by Dr. Amir Kraitzer, a biomaterials expert, and Elad Einav, a trained mechanical engineer. Medibrane's facility is located in Rosh Ha'Ayin and employs about 20 workers. 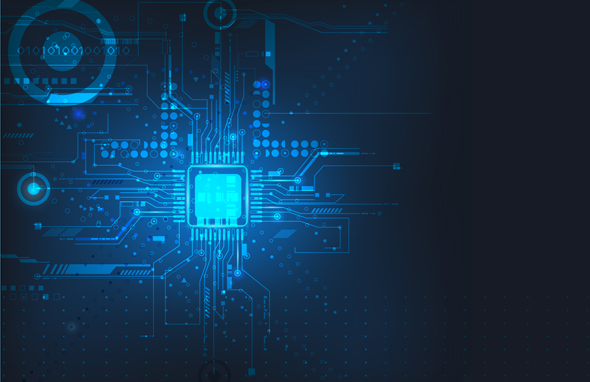 The Cutting Edge: Manufacturing using advanced technologies. Photo: Shutterstock
From manual to semi-automated production “The field of coatings is a unique niche and one that requires extensive knowledge and multidisciplinary-based technologies", explains Einav, who serves as the company's CEO. "Today, after five and a half years of operation, we have already completed two successful rounds of capital raising – first from STI and a larger investment from the Resonetics, a U.S-based company that acquired STI and invested in our technology development and our coatings production line.” Three main companies operate in this field today in the U.S and UK. Medibrane is one of them and it offers the widest and most unique range of coatings technologies. The company manufactures different products using advanced polymeric coatings based on silicone, polyurethane, ePTFE, and Dacron that are applied using dipping, spraying, or lamination technologies. Thanks to the Innovation Authority's support, Medibrane has developed a method that enables the semi-automated laminating of fabric stent coatings. This is a rapid production process, already in use by clients who previously worked manually to suture the fabric to the stent using a strong thread and needle. "Most of the coatings manufactured by the company are based on the new technology we developed," says Einav. Manufacturing became semi-automated because of strong lamination that allows to connect polymer to metal and which replaces the manual suturing that extends production. Strong adhesion and rigid regulation Medibrane engineers also developed a unique platform that increases the adhesion between the metal stent and the polymer coating. "The Innovation Authority supported the company from its inception, something we don't take for granted," Einav points out. "This is not standard support given to a startup to patent or enhance their processes, or to develop a product but rather, to establish a medical device plant in Israel – a complex process that requires numerous authorizations and licenses." The company also receives support from the Manufacturers Association. Medibrane's target market is medical device companies that manufacture medical stents and valves for cardiovascular and neurovascular applications. About 80 percent of production is intended for export. The company serves as a subcontractor and is not responsible for submitting approvals to the FDA, however, the manufacturing processes are required to conform to strict standards. Over time, the field of medical device production is becoming increasingly complex due to growing regulatory requirements. Medibrane's vision is to successfully assimilate new advanced technologies, to gain a larger market share, and to increase their client base for its products and unique technologies. "I believe that we will see this happen big time in five years," Einav sums up. Full Range – an advanced multifocal lens Hanita Lenses foresaw the future back in the 1980s. It was then that the company, which specializes in the manufacture of different types of permanent and temporary contact lenses, understood the intensity of competition that characterizes global markets and began planning its steps towards the field of intraocular lenses. "The company changed its strategic direction and began developing a preliminary version of an intraocular lens that would replace the original lens removed during a cataract operation," says Yoram Gonen, CEO of the company that was founded in 1981 at Kibbutz Hanita. "The beginnings were modest and a focused concentrated effort to develop the medical side of the operation only really began at the turn of the century." From a regulatory perspective, production of intraocular lenses is an extremely complex process that requires high standards, and Hanita Lenses needed to study the subject in depth, to acquire advanced technologies, and to recruit a suitable team of employees.
Related Stories:

The intraocular lenses were aimed at treating the cataract phenomenon that causes a disruption in the passage of light that reaches the retina. Replacing the original lens with an artificial intraocular lens removes the opacification. According to Gonen, this is the optimal solution for people suffering from cataract, as well as preventing blindness.

Between 2007-2008, the company formed an R&D team of engineers with a background in biomed and began developing a range of products that includes collapsible intraocular lenses. Today, the company develops advanced multifocal implant lenses. Most of the existing intraocular lenses on today's market aimed at treating cataract are monofocal. In other words, they repair a single range of vision – either near or far. The innovation of Hanita's lenses is primarily the development of the premium 'Full Range' lens that provides sharpness of vision at more than one focus and which enhances sight along the entire vision range – near, far, and intermediate. In many cases, this lens obviates the need for glasses after cataract surgery – a significant lifestyle improvement. Since then, Hanita Lenses has been contending with a very competitive market. There is only one manufacturer of intraocular lenses for cataract in Israel, but more than 70 companies operate in this field worldwide, some in countries where labor costs are extremely low. It is therefore very important for the company to be able to manufacture unique lenses with advanced technologies and with intellectual property rights. "Another important element in this effort, especially for a small company, is the recruitment of world-renowned public opinion leaders. For a decade, the company formed an advisory board that is made up of ten well-known leading international surgeons in their respective fields, including two experts from Israel," says Gonen. Together with these physicians, the company conducts joint studies aimed at presenting the lenses' quality in the best possible way and to dispel concerns among different surgeons who hesitate about using the lenses of a small Israeli company. Changing the angle of vision The company's significant global competition is with four giant companies which, in addition to lenses, supply hospitals with a range of products that includes expensive equipment at attractive prices – in exchange for long-term agreements to provide disposable products. This approach, called ‘bundling’, is a common practice in different countries and makes it difficult for small manufacturers to compete. Hanita Lenses chose to contend with this challenge by expanding its range of products and providing unique solutions for all its various clients – physicians, surgeons, and patients. "We have developed a cutting-edge technology. Now, we want to make this advanced technology accessible at competitive prices," Gonen explains. The Innovation Authority has accompanied Hanita Lenses from the very beginning. "The Authority has been supporting us for 10 years and collaborates with us in formulating unique ideas and solutions. It has constituted an important factor in our successful development of advanced and unique technologies," he testifies. Hanita Lenses has recently completed the development of an even more advanced intraocular lens called ‘Intensity’ that enables high-quality vision at all ranges while maximizing the use of the light entering the eye. "The new lens developed by the company constitutes a significant technological step up," stresses Alex Maliarov, the company's R&D Manager. The development team used a completely different optical planning technology from that accepted today. This technology facilitates flexibility in the lens's focal planning, leading to a much higher light efficiency than other lenses on the market. The project lasted three years during which a variety of prototypes were planned and created, and measurable computerized simulations were conducted on the world's most advanced optic systems. Thanks to these simulations, we can check the patient's vision with the lens in different real-life situations, and when the lens is not implanted with perfect centralization. The development team ultimately achieved a lens that provides excellent results in all situations and which possesses a clear advantage over the best competing lenses in the world. Technology as sharp as a diamond The company’s 40 years of experience are reflected in the new development that was made possible thanks to the Innovation Authority's support. "The lens's structure is complex and its production requires high precision, so the machines were equipped with a cutting diamond less than a hundredth of a millimeter in size. In addition, the lens cannot be polished so production must be perfect," Maliarov explains. Following manufacture, the company moved to the clinical trial stage at Meir Hospital with the team of Prof. Ehud Assia, a world expert in the field of cataract surgery and the Director of a research institute in the hospital's Eye Department. In trifocal lenses, the most advanced in the world today, between 12%-14% of the light entering the lens remains unutilized and is lost. The advanced technology of the lens's design has enabled the company to successfully lower this figure to 6.5% and lessen disorders and side effects. "When compared to others on the world market, the advanced lens we have developed at the company provides a drastic reduction in light waste, better visual continuity, and sharp vision at a level higher than 6:6 along all ranges," Maliarov emphasizes. "The company's strategy for the coming years is to expand its range of products", Gonen concludes. "One of the goals is to build a site on the rapidly growing Chinese market, but not at the expense of the operation at Hanita. In the developmental field, the company has a strategic partnership with Holo/Or – an Israeli company from Rehovot that specializes in the development and production of diffractive optic systems. Hanita is marching forward thanks to its fantastic high-quality team of employees who are both experienced and committed to our approach – they are the ones who allow us to continue growing as a company."

The article was written in collaboration with the Israel Innovation Authority, responsible for the country’s innovation policy. Its role is to nurture and develop Israeli innovation resources, while creating and strengthening the infrastructure and framework needed to support the entire knowledge industry.

Part Three: Innovation in the aftermath of Covid-19: necessity is the mother of invention