As part of IL Tech in NY in collaboration with 'Israeli Mapped in NY', the venture capital firm shared some of the ways Israelis can feel at home when moving abroad

When moving to New York from Israel, it can be easy to stay in your bubble of culture and other nationals who moved there before you. According to executives at venture capital firm New York Angels (NYA), newcomers should make the effort to explore local cultures.

“Learn the culture through local involvement including activities such as Toastmasters or charities,” Donna Redel suggested. “For instance, TAU and the Technion have fundraising presence in Israel with many locals involved.” 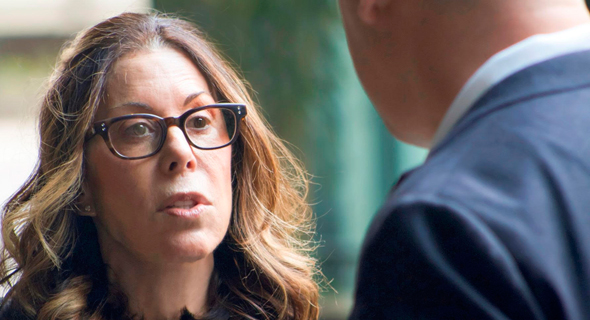 NYA joined CTech for its IL Tech in NY series to share how the firm operates in New York among some of the most innovative and create people out there: New Yorkers.

Because of the diverse experience of the membership, the group is receptive to a wide variety of industry sectors. The strength of the group is its ability to invest significant capital collectively, to help entrepreneurs define, track and achieve their goals, and to make introductions to customers, vendors, potential employees, and later-stage investors that can accelerate growth. Year of founding/start of NY operations: January 2004, as a spin-off from another group.

Total sum of investments/size, number of funds: Our members in aggregate invest between $7-13 million a year.

New York Angels (NYA) is one of the longest-running active angel groups in New York City and has invested over $100 million in entrepreneurial ventures. The group is an independent consortium of over 130 individually accredited angel investors, each of whom invests individually in companies. There is also a sidecar fund that invests in rounds where members in the aggregate will invest over $250,000.

Members of NYA typically invest in the launch stage after there is a working prototype and some traction. In the aggregate, NYA members invest from $100,000 to $1,000,000 in a given seed/early-stage company's initial round, participate in follow-on rounds, and syndicate deals with angel group partners and VCs of up to $3,000,000. NYA members value diversity and in 2020, 37% of the companies funded by NYA members had a female and/or minority founder, which is much higher than the industry average. What types of Israeli startups/entrepreneurs are you interested in?

The Israeli Investment Committee (IIC) is a group within the New York Angels that focuses on finding, mentoring, funding, and enhancing opportunities for Israeli entrepreneurs to succeed through to exit. We focus on companies that fit the NYA general criteria but need some coaching to present successfully to the entire group. 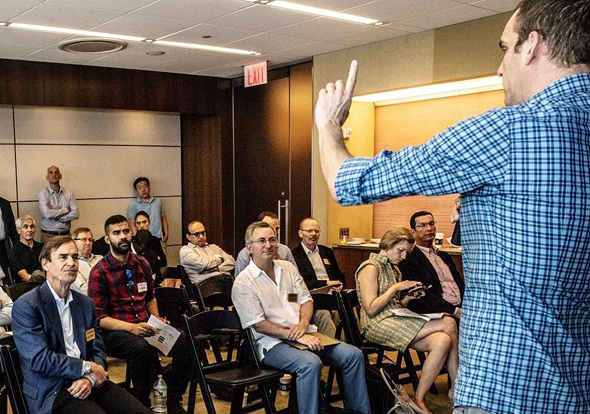 Why invest in an Israeli company in New York? What advantages do such companies have? How is the New York market different from the Israeli market?

While this is not our only focus, part of our mission is to mentor and support founders and this is easier if they are in New York City. New York Angels' ranking as one of the most active angel groups in the world stems partially from its strong networking connections in the U.S., which is the main fund-raising market for most Israeli startups.

How do Israeli entrepreneurs/startups differ from their local counterparts?

There is a more informal network for Israeli entrepreneurs and some reluctance to deal with the more formal process that NYA requires including completing forms on Gust and presenting well-honed and polished 10-minute pitches.

Two suggestions for Israeli entrepreneurs on what to do in New York:

Network for investments, partnerships, and sales through local organizations in your field.

Learn the culture through local involvement including activities such as Toastmasters or charities - for instance, TAU and the Technion have fundraising presence in Israel with many locals involved.

Do not stay inside the Israeli community “bubble” and connect with others, especially in your industry.

Do not be discouraged by the different communication style, try to adopt some of it while remaining authentic.

8 - In 2020, our members invested in the same number of both new companies (ones we haven’t seen before) and follow-ons as we did in 2018 and 2019. Covid-19 hasn’t affected the size of the group or our members’ propensity to invest, and with the move to online more investors attend our meetings than in other years historically. On the downside: a decrease in our ability to meet with colleagues face-to-face as well as entrepreneurs in incubators such as FoodX and innovation centers such as Newlab.

Can you share with us 2-3 success stories that describe some of the most successful investments you have made?

Siemplify: “The U.S. market is the holy grail for Israeli tech startups”