TAGS:
Tel Aviv-based marketing service Yotpo Inc. is raising $200 million at a $1.3 billion valuation, a person familiar with the move told Calcalist under the condition of anonymity. The source said the funding round is nearing completion and that new international funds are participating in it alongside the company’s existing backers.

The new round is taking place only half a year after the company completed a $75 million series E in August 2020. The enterprise value at the time was not disclosed but the current round is reportedly being held at a valuation 2.5 times higher than in the summer. 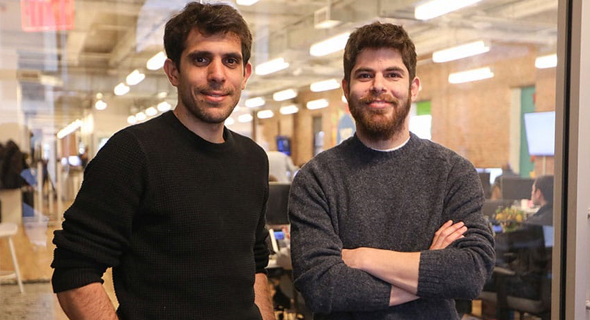 Yotpo was founded in 2011 by Omri Cohen and Tomer Tagrin as a platform for creating consumer reviews and visual content. Today, following two strategic acquisitions, it develops a platform that aids e-commerce websites market their products online, by offering a unique user experience and increasing sales.

In January 2020, Yotpo acquired SMSBump, which added text messaging capabilities to its arsenal. In such a way online stores could add another channel of communication with their clients, updating them on their order status, informing them about special deals, and sending them personalized shopping options. Among Yotpo’s customers are brands like Patagonia, Bob’s Discount Furniture, Drunk Elephant, MVMT Watches, Gymshark and Rebecca Minkoff.

The previous financing round was led by Adam Fisher of Bessemer Venture Partners, with participation from existing backers Access Industries and Vertex Ventures and with Hanaco Ventures investing for the first time. The series E was originally meant to be for a $50 million sum, but due to high demand, it increased to $75 million.

The company employs more than 500 workers in offices in Tel Aviv, Yokneam, New York, London, and Sofia and plans to use the new funds to recruit new employees and acquire additional companies.

Rapid successive funding rounds have become something of a trend in the local tech scene. Just last week, it was reported that Next Insurance was pursuing a new round of funding at a valuation of $4 billion, just five months after raising $250 million at a $2 billion valuation. The companies are taking advantage of the rising tide of publicly-traded tech companies, which is having a knock-on effect on IPOs, mergers with SPAC companies, and the trade itself.

According to company figures, since raising capital in November 2017, Yotpo experienced a 300% increase in customers and a 250% increase in annual recurring revenue. The company anticipates it will double its income in the next two years because due to the Covid-19 outbreak there has been a significant boost in purchases on e-commerce sites. This has led to marketing executives transferring budgets from offline campaigns to online campaigns, resulting in a large increase in demand for the company's products.

"Our vision is to build a platform for commerce sites because though each solution exists separately in the market, there is no single platform that unites them synergistically. From the consumer's point of view, if the store you purchase from maintains contact with you through multiple separate solutions, you will have a disjointed experience and that is what Yotpo wants to solve," Yotpro co-founder Omri Cohen told Calcalist in August. “Covid-19 sped up a trend that is a decade old—retailers who are battling for their lives and those who didn’t take the plunge into e-commerce earlier are paying the price. These days we are serving a transaction volume equal to that of ‘Black Friday’ on a daily basis. New brands that were born into the digital age or had already successfully made the transition make up for the retailers who are collapsing.”