“Every opportunity is a business opportunity” in New York, says BrandTotal

In collaboration with Israeli Mapped in NY, BrandTotal has joined CTech for its IL Tech in NY series to explore some of the cultural differences when moving across the pond

For the company that deals with marketing and advertising, BrandTotal realized that people sell themselves in the Big Apple a little differently than in the Middle East. “Every opportunity is a business opportunity, which isn’t the same way businesses approach things in Israel.” 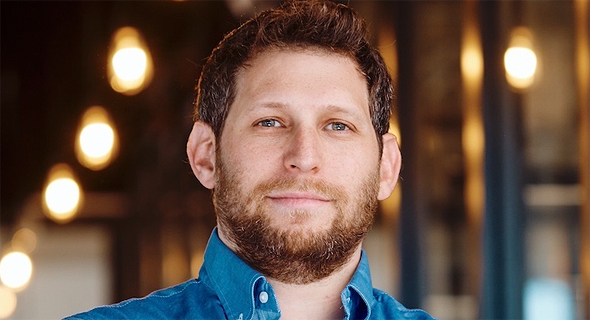 Alon Leibovich, CEO and co-founder of BrandTotal. Photo: Ofir Abe
BrandTotal has joined CTech to explore some of the ways that New York and New Yorkers can be on a different level than Israelis - especially during lunch. Company name: BrandTotal Field of activity/product: Brand Analytics, Marketing, Advertising, and Social Media Marketing

Year of founding/start of New York operations: BrandTotal was founded in 2016 and began its New York operations in 2018. Number of employees and whether the company is active in other locations: BrandTotal’s staff consists of between 20-30 employees across New York, San Francisco, Los Angeles, and Tel Aviv. Sum of total funding to date/funding rounds completed: In total, BrandTotal has raised $20 million, including a $12 million series B that closed in October 2020. Names of investors/VC backers: INcapital Ventures, Maor Investments, Glilot Capital Partners, Flint Capital, KDC Media Fund, FJ Labs, and One Way Ventures. General background on the founders/senior managers: BrandTotal CEO, Alon Leibovich: "I’ve worked in advertising, marketing, and media for the past eight years, serving as a Strategic Planner at McCann out of the agency’s Tel Aviv office. After three years, I saw how campaigns could be more strategic and have better ROI if they just had the benefit of competitive analytics. In 2016, along with my co-founders, we launched BrandTotal. In 2018, I moved to New York to help increase our awareness in the U.S. market." Background on the product/service/platform/solution: BrandTotal provides companies with Brand Marketing Analytics with a competitive angle, as to how their competitors are advertising on social. In a world where 85% of the ads are targeted to specific consumers, it’s almost impossible for advertisers to better understand what’s happening in their ecosystem. We enable advertisers to get insights into how consumers interact with ads, based on ad creative, messaging, as well as the sentiment from consumers.
Related Stories:

Many companies have a presence in New York City, which makes it an ideal hub for startups, because of the plethora of connections and business leads at one's disposal. There is also the added benefit of it being a timezone that works well with Israel, Europe, and the West Coast, allowing for optimal collaboration and communication. For our industry specifically, when you think of marketing and advertising, you think of Madison Avenue. It’s not just media buyers honing in on more data-driven strategies, creative teams are using insights and analytics to optimize the assets they create and use in campaigns. The New York and Israeli startup ecosystems are very different. In Israel, it’s more laid back, but New York City has more of a work culture and always-on mentality, scheduling intro coffees, calls, lunches, or breakfasts. Every opportunity is a business opportunity, which isn’t the same way businesses approach things in Israel. I’ve heard this saying before, but it wasn’t until I came to the U.S. that it made sense, “many people speak English, but not everyone speaks American”. Two things you learned about the U.S. market from operating in New York: Two things you learned about American investors as a result of starting operations there:

American investors are very growth-focused - I found the questions that came up the most when speaking to U.S. investors were “What’s your marketing and sales strategy?” and “How do you plan to scale operations, once you launch in the U.S. market?”. 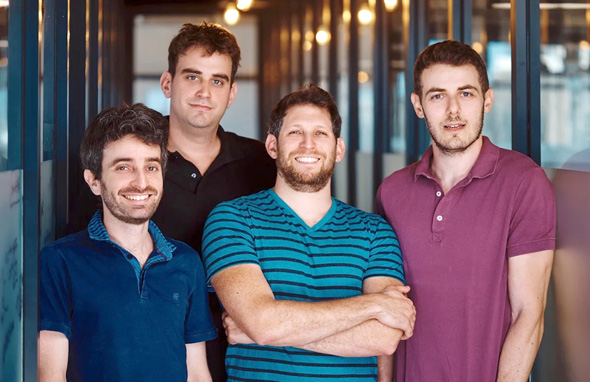 Left to right: Alon Leibovich, Oren Dor, Omer Ramote, and Amir Leshman. Photo: Ofir Abe
Two suggestions for Israeli entrepreneurs on what to do in New York: Israeli entrepreneurs should spend time in New York City personally before starting here professionally. New York City has a specific vibe and it’s important for new startups to mirror that vibe when doing business. There are a lot of great networks out there for entrepreneurs, even in a virtual landscape to network, giving you opportunities to listen and learn from startups that have been where you are now. Two suggestions for Israeli entrepreneurs on what not to do in New York: Don’t expect what worked in Israel to work in New York or the U.S. The markets are vastly different, so your strategies must reflect that to succeed. Israeli and U.S. cultures are very different, so I think it’s important not to be too culturally sensitive; if interactions with others are different, New Yorkers particularly have different customs and are more business-oriented. In some ways, it’s very unintuitive but you must “unlearn” what you learned to make it to this point and to the next level. On a scale of 1-10 how much did the Covid pandemic impact your work? A 10/10! Our company works with Fortune 500 brands and up-and-coming DTC companies, which both were arguably the most impacted at the onset of the pandemic. However, the digital space rebounded quickly and the digital transformation we’ve been experiencing accelerated, making our solution more practical for these companies investing more ad dollars on social. We were still able to raise a series B funding round, as well as bring on more staff and customers in the U.S. market. What are the differences when it comes to recruiting employees? Positions are now remote-first, so the talent pool is wider and you’re able to attract the best talent. I think making sure team members are in timezones that coincide with other offices is still important to ensure collaboration isn’t lost. What are some of the workplace culture differences between Israel and New York? New York and Israel have different work schedules (Monday – Friday vs. Sunday – Thursday), but that isn’t the only difference. While startups in New York City tout a strong work-life balance or company culture, in Israel there is more of a laid-back mentality. In New York City, it’s very corporate and focused on work 24/7. In Israel, we’d have work lunches and coffees but never talk about work once.

The IL Tech in NY project is a collaboration between CTech and Israeli Mapped in NY. For more information email Guy Franklin via this link.

Israeli proptech companies eager to make it in The Big Apple

While in Israel we can get away with being pushy at times, in the U.S things are different, cautions Anima