Ready to Rumble? Israeli health app pays you for your health

With Rumble, every step can be converted into tokens with purchasing power in real stores and communities

With millions of people finally leaving their houses again following global lockdowns to stop the spread of Covid-19, Rumble is incentivizing people to get back into shape. The app, which is the flagship product of UVTAL Health Ltd., converts every step taken into tokens which can then be used at restaurants, cafes, stores, and more.

“The typical day for an average Israeli is to wake up, go to your car, spend maybe one hour on the road to get to your office to sit for nine hours and then just to go back into your car just to go home and drop dead on your couch,” explained Alon Silberberg, Founder and CEO of Rumble. “What I saw is that it affected me and my friends.” 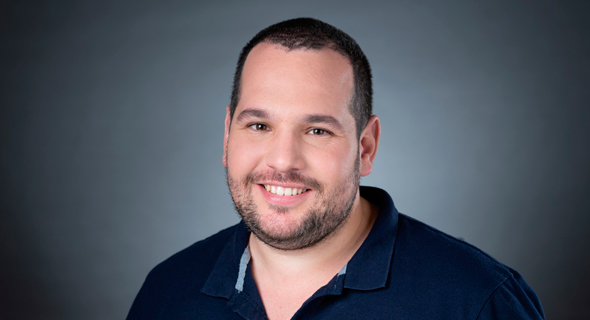 Alon Silberberg. Photo: Hadar Youavian
To combat inaction and keeping track of his steps using his own Samsung step counter, Silberberg would reward himself after completing 10,000 steps in a day, and then after completing those steps in consecutive days. After a while, he and the team founded UVTAL - named after two friends and fallen soldiers Yuval (Yuvi) Dagan and Tal Yifrach - and started building Rumble. Rumble operates by tapping to three main incentive models - the economic reward of earning the coins; an in-house team of behavioral psychologists who frame messaging and psychological incentives, including loss aversion; and a social aspect that can connect users with groups of friends, family members, colleagues, or even neighbors from within the local community. Each user is encouraged and incentivized according to his/her personality traits that Rumble learns through data-driven insights. “Within those three main incentives - the social, the behavioral, and the economic - we can have really large and wide grips on what we hope will get anyone involved,” Silberberg explained. Today, Rumble is used by around 750,000 Israelis who earn rewards through three main verticals. The first, and largest segment of the user base, is the general population who can download the Rumble app and independently walk to earn credit. The second, with around 250,000 users, is via a corporate wellness plan whereby companies implement the Rumble solution. Silberberg says any size company can use Rumble, and the largest organization to adopt it is the Israeli Workers Union, which currently has 800,000 members - although not all of them are signed up.
Related Stories:

The third vertical is with insurance companies that can tweak their policies or change premiums to help their customers based on their physical activity. While this vertical represents the smallest segment with the remaining 200,000 people, it is currently used by Clalit, Israel’s biggest HMO and the fourth biggest in the world. Silberberg anticipates that the insurance sector will be one of the company’s largest sectors in a few months and hopes that their first customer in the U.S. will be a healthcare HMO.

Admitting it has a “pretty good grip” on the Israeli market, Silberberg is now setting his eyes on the North American market - one that could certainly benefit from a health and activity incentivizing app. In the last year, 61% of Americans have admitted to gaining weight due to the lockdowns - making it the perfect time to adopt a new exercise app. Perhaps the most exciting part of Rumble is its ability to expand outside of step counts and encourage a variety of healthy living incentives. “Today we are working with heart rate, skin quality, content consumption, drinking, mindfulness, the gym, and training. It’s a wide range of different metrics we can convert into a health coin,” Silberberg explained. Rumble’s next step - no pun intended - is working with local municipalities in order to help people spend their incentives at local establishments and help boost local economies following the pandemic. This means retailers can spend less money on conventional advertising and provide discounts to Rumble users only when they visit the store after appearing as a reward on the app. Rumble has 25 employees and expects the team to grow in the next few months as it prepares to penetrate new markets. Its goal is to be in one more market (North America) by the end of 2021 and three markets by 2022.
Buzz