“It’s like eating Sushi with Tahina”: How Israel and Japan formed an unlikely business relationship

On paper, these countries and cultures couldn’t be more different - that’s what makes them so perfect for each other

As Israeli companies continue their explosion of funding, scaling, and selling, there is an untapped market of large legacy corporates that could benefit from Startup Nation’s innovation and technology - and they’re all in Japan. After years of focusing on in-house development, and neglecting the necessity to practice M&As with international tech, Japan is playing catchup and looking to Israel’s startup culture.

“Israel in the past has shown that their startups are very good with 0-1, but the Japanese companies are not good at 0-1,” explained Takeshi Shinoda, Chairman and CEO of Aristagora, as well as the President and General Partner of Aristagora VC, an early-stage venture capital firm that partners Israeli and Japanese business. “But they're very good at 1-10. So technology-wise, this is very fitting and a good match between Israeli technology and the Japanese industry.” 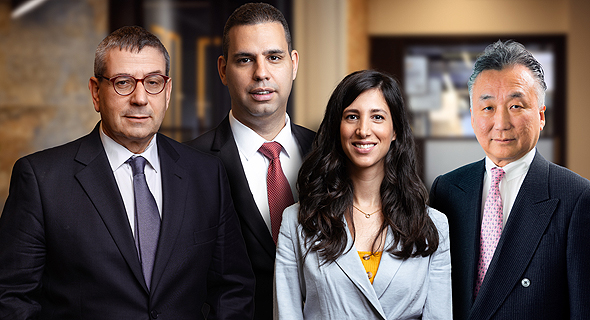 (L to R) Gideon Ben Zvi, Moshe Sarfaty, Anat Tila Cherni, and Takeshi Shinoda. Photo: Doron Letzerpic
Aristagora VC helps Israeli companies penetrate the Japanese market, largely overseen or neglected by Startup Nation. The firm was founded last year and has committed to investing $60 million in early-stage technology startups - mainly coming out of Israel. So far, they have already invested in three and are looking at around 3-6 more in the upcoming year. According to Managing Partner Anat Tila Chermi, the focus on early tech is helping that synergy. “Japanese investors are keen to invest in Israeli tech, but primarily they’re looking at later stage companies… The reason is that most of them prefer to try the product or the technology, see the ability of the company to commercialize globally, and then they feel more comfortable to invest.”
Related Stories:

The rush to invest in Israeli technology, with a newly-found focus on early-stage tech, has been steadily increasing for several years. After decades of Japanese corporates building tech in-house, the business practice of M&A was largely forgotten and led to many regions and sectors overtaking Japan in innovation. While the country may have the third-largest economy, the levels of deep tech and early-stage innovation still need to be fostered. This means they’re buying up IP and technologies at a faster pace than ever before.

“From my perspective, the number one place for them to buy technologies and win them is Israel,” explained Eyal Agmoni, Founder and Chairman of Chartered Group. “If you can come up with a competitive landscape for other countries, I can argue that Israel is second to none, from a Japanese perspective.” Chartered Group has partnered with Israel’s TAU Ventures, a university-based venture capital fund that helps small companies launch their product, service, or develop their technology. With the help of Chartered Group, these technologies have a foot on the Japanese ground to help them navigate and work with corporates looking to buy up new tech. “Americans want to be the next Bill Gates or Mark Zuckerberg, but in Israel, they just want the money,” he joked. “They sell the company, get the money, and can make another startup. Nobody wants to be the next Bill and it’s exactly what the Japanese were looking for - they’re looking for M&A.” According to Agmoni, there are three main factors that have led to the sudden synergy between Israel and Japan. First is Israel’s dwindling faith in China as a reliable partner. After instances where deals would fall through or efforts were made by the Chinese to take IP away from Israel, Agmoni believes it deterred interest. The second reason was Japan’s realization it had to leave its comfort zone and seek technologies from abroad, and the third reason was when Japanese Prime Minister Shinzo Abe visited Israel in 2015, opening up the countries to a preposterous business relationship. 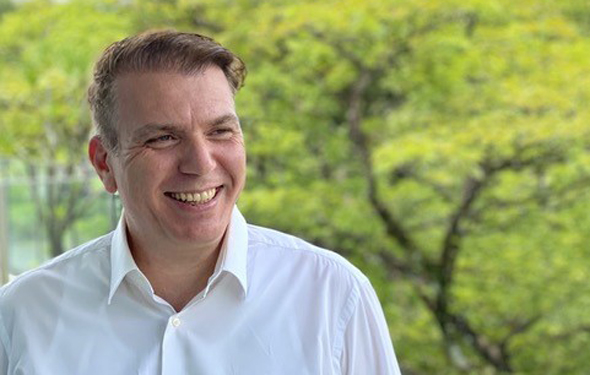 Eyal Agmoni, Founder and Chairman of Chartered Group. Photo: Eyal Agmoni
“You do not understand how big it is for Japan as a society and culture... If the Prime Minister comes to Israel with the top corporate generals, it means Israel is kosher and great we can do business. The door is open,” Agmoni confirmed. Six years later and relationships are strong. Japanese investments in Israel rose 20% in 2020 to more than $1 billion and today make up 11.1% of foreign investment in the Israeli high tech market, compared to 1.8% in 2016. Venture capitals like Aristagora VC, and partnerships like the ones with TAU Ventures and Chartered Group, are helping connect these two sides and fostering a relationship that benefits both parties. These investments aren’t something that comes naturally to a culture that practices longevity and patience in their business and usually invests in later rounds with a tangible product to sell. Alternatively, it didn’t come easy for Israelis to cater their unique personalities and culture to a more refined and mature audience. “We know the deal and how to deal with U.S corporates and business,” explained TAU Ventures’ Managing Partner, Nimrod Cohen. “With Japan, basically we know nothing. You can’t do it by yourself. You can be the best company, with the best team and technology, but you can’t do it alone.” For roughly six years, Israel and Japan have seen just how these cultures can complement each other - but they don’t come without their complications. Shinoda admitted that “the culture is quite opposite, so if Israeli companies are trying to sell a product or service themselves, they are facing quite a difficulty.” However, these stark differences between the nations can be seen as a continuing, not colliding, of their talents. “It’s all about the culture and business and their level of politeness and respect, and their level of seeing the big picture and looking at those processes at the same time, treading carefully,” explained Roy Geva Glasberg, Founder and Managing Partner of AnD Ventures. “They have a lot of advantages that if I could copy and inject into the Israeli ecosystem I would have done it.” 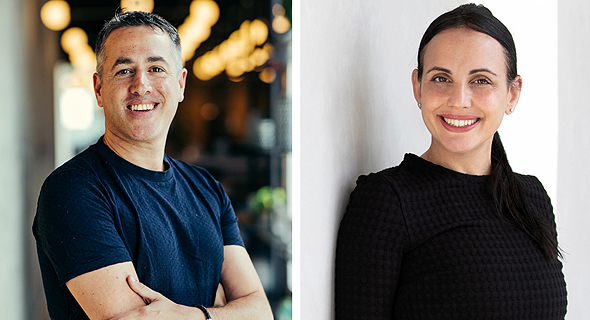 Roy Geva Glasberg and Lee Moser. Photo: AnD Ventures
Glasberg can be credited for founding Google for Startups and helping it scale across the world. However, it was his visit to Tokyo three years ago to build the accelerator where he saw how these worlds could work together. Recently, AnD Ventures has launched AnD Ignite Tokyo, a joint venture with Ignition Point Japan and Kaito Consulting Services aimed to bridge these cultural and business gaps to help bring Israeli technologies to the Japanese Market. “We cannot ignore that at some point we, as Israelis, have not created global scale corporates,” he confessed. Excluding perhaps the two best-known corporates in the country, Teva and Amdocs, Glasberg stressed how Japanese corporates “have the mentality, the longevity, the long term thinking to do it which is why I see it as natural progression for the Israeli innovation to meet the Japanese maturity and scalability.”
Related Stories:

“They can help Israeli companies learn about corporate culture,” added Lee Moser, another AnD Ventures’ Founder and Managing Partner. “We have more scaled companies but it’s not in our culture. I think Israeli startups can really learn maturity, stability, and long-term vision from the Japanese.”

The future is looking bright for two nations whose worlds can help each other with cultural, business, and technological barriers. As Israel continues fostering its startup ecosystem, Japan is making sure its legacy reputation can catch up with the ‘move fast and break things’ mentality of Tel Aviv and Silicon Valley. “Our end goal in our fund is a combination of Japan and Israel,” concluded Aristagora VC’s Managing Partner, Moshe Sarfaty. “It’s like eating Sushi with Tahina.”
Buzz

“If Wiz is worth $6 billion, Palo Alto is worth more than a trillion"
Recently Read