With more than 50 startups specializing in space technology, Israel is one of the leading SpaceTech nations in the world. As the "New Space" market booms, and the race to the moon now mostly in the hands of private players, it is time for Europe to embrace this huge opportunity – and embrace the collaboration with Israel

Communication, navigation, radio, weather forecasts - these and many other applications of satellite technology are an integral part of our everyday life. The space market, with a relatively new focus on the so-called New Space industry, has become one of the world's most significant growth engines. Financial analysts worldwide are unanimously predicting high sales growth in the space market, with numbers fluctuating between one and several trillion dollars by the year 2040.

As the rapid development of this market continues to increase, it must be taken into account that the vast majority of the development of this fast-growing market has been made possible thanks to private initiatives, and not to any national incentive, as had been the case a decade or two ago. The race to the moon is now mostly both the prerogative and the responsibility of private players, who continue to bring competition to the previously isolated and difficult-to-access market. That leaves the question, what is the role of national programs in advancing this endeavor? 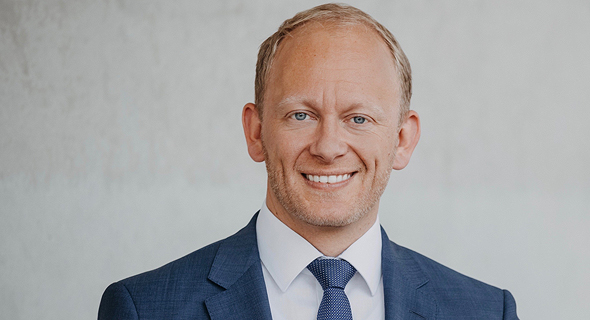 Carsten Ovens, Executive Director of ELNET Germany. Photo: ELNET/Tobias Koch
In the U.S, private companies such as SpaceX have successfully cooperated with state civil and military structures, revolutionizing the market and making an unprecedented leap. Yet the question of Europe remains – if it really wishes to benefit from this booming market, it cannot allow itself to dwell too long. This hesitancy is remarkably evident in Germany, which boasts innovative, globally leading companies and startups who are very active in the space market. However, despite the recent efforts of the German government and its Federal Government Coordinator for Aerospace Policy, MP Thomas Jarzombek, more advancement is still hindered by bureaucracy, complicated tendering processes, and unclear regulation. And while major European countries are at the risk of missing out on the action due to diplomatic issues and bureaucracy, Israel, a space nation since 1988, has particular expertise in the construction of satellites, has more than 50 startups specializing in space technology, and is already a leading player in the growing global SpaceTech market. The Israeli startup scene has also developed a proven competence in the field of cybersecurity, which bears central significance for satellite networks, and is also exemplary in its ability to link a wide variety of economic, private, and state sectors. Yet, it seems that the EU is led by diplomatic hesitancy rather than with a mind to professional and economic advancement. In its stubborn decision to exclude non-EU countries, as Israel and the UK, from its once-prolific Horizon Europe space research program, it clearly impacts the bloc's own development.
Related Stories:

A clear, objective view at Israel and its strong innovation capabilities would result in a very simple conclusion: collaboration with Israel's sector-coupling ability, enabling high-speed innovation with a proven track record, could be a perfect fit for EU countries. A close exchange with Israel can help shape regulation domestically as well as a reform of the international space treaty, which is urgently necessary due to the already ongoing race for cosmic raw material sources, among other pressing issues. Indeed, the German government has recently joined the first-ever German Israeli Space Forum, hosted by ELNET in partnership with the Federation of German Industries (BDI), in order to allow for a close exchange of knowledge between the two countries and markets – and ultimately lay a foundation for future collaborations to jointly leverage the immense potential of the intensive use of space by both nations. I do hope that further EU countries will think of their interests and follow Germany's example.

Carsten Ovens is the Executive Director of ELNET Germany
Buzz