The company won a $3 million grant to help prevent the 400,000 deaths each year caused by the illness

ZzappMalaria, the developer of a mobile app and dashboard to help eliminate Malaria, has woan first place in the IBM Watson AI XPRIZE Competition, as well as the People’s Choice Award for the Most Inspiring Team. As part of the award, the company has received a $3 million prize to continue its efforts to eliminate malaria from the world.

“The Zzapp team is deeply grateful to Xprize and IBM Watson for acknowledging the importance of the fight against malaria,” said Arnon Houri-Yafin, CEO and founder of ZzappMalaria. “We will dedicate the prize money to one ambitious goal: demonstrating that rapid malaria elimination is possible in Sub Saharan Africa.” 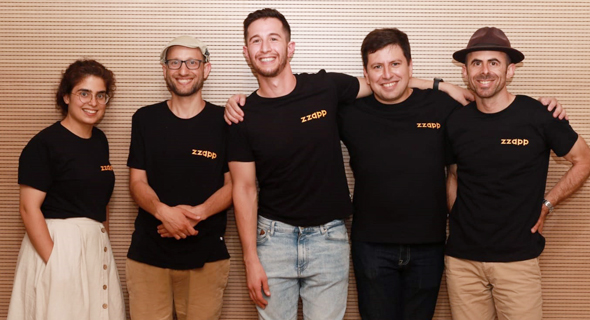 The ZzappMalaria team. Photo: ZzappMalaria
Malaria kills more than 400,000 people per year, most of which are young children under the age of five years old. While many countries have successfully eliminated the diseases, there are several African countries that are still impacted by malaria-bearing mosquitoes due to the operational complexities of such efforts, as well as the continent’s dispersed geography and tropical climate. Zzapp uses AI to provide specific malaria-control strategies depending on the needs of each village or neighborhood. Then, it breaks down those strategies into clear and manageable tasks. Tasks are allocated to fieldworkers via its mobile app designed for local needs, such as battery consumption, internet access, and more. To date, the app has been tested in six African countries and has proven to increase coverage of water bodies, shorten work time, and increase the effectiveness of operations designed to tackle Malaria.
Related Stories:

The IBM Watson AI for Good competition was set up in 2016 to help promote the use of AI to solve some of the world’s most pressing issues. In total, there were more than 10,000 applications and Zzapp ultimately gained the top spot. Some of the judging criteria focused on technological achievements, proven impact, and potential scalability, among others.

ZzappMalaria was founded in 2016 and is a subsidiary of Sight Diagnostics. Its aim is to eradicate malaria worldwide by developing a system to plan, execute, and monitor large-scale and cost-affecting malaria elimination campaigns. The project has won grants from the Gates Foundation and the Innovative Vector Control Consortium (IVCC) and has been conducting anti-malaria operations in Ghana, Zanzibar, Kenya, and Ethiopia. Sight Diagnostics was founded in 2011 and aims to transform health systems and patient outcomes through fast, accurate and convenient blood diagnostic testing.
Buzz